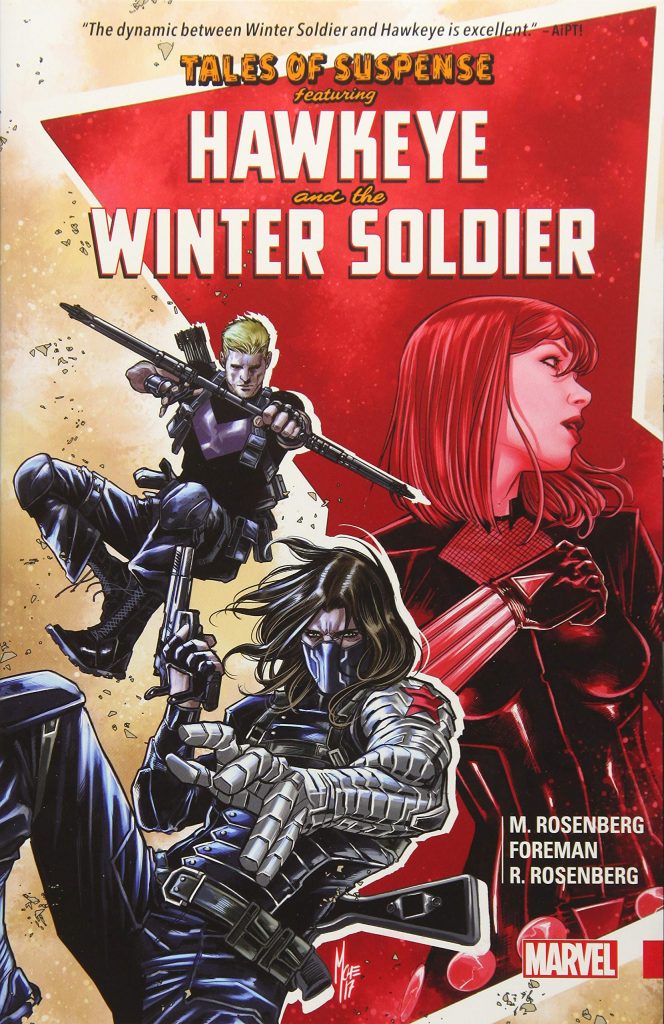 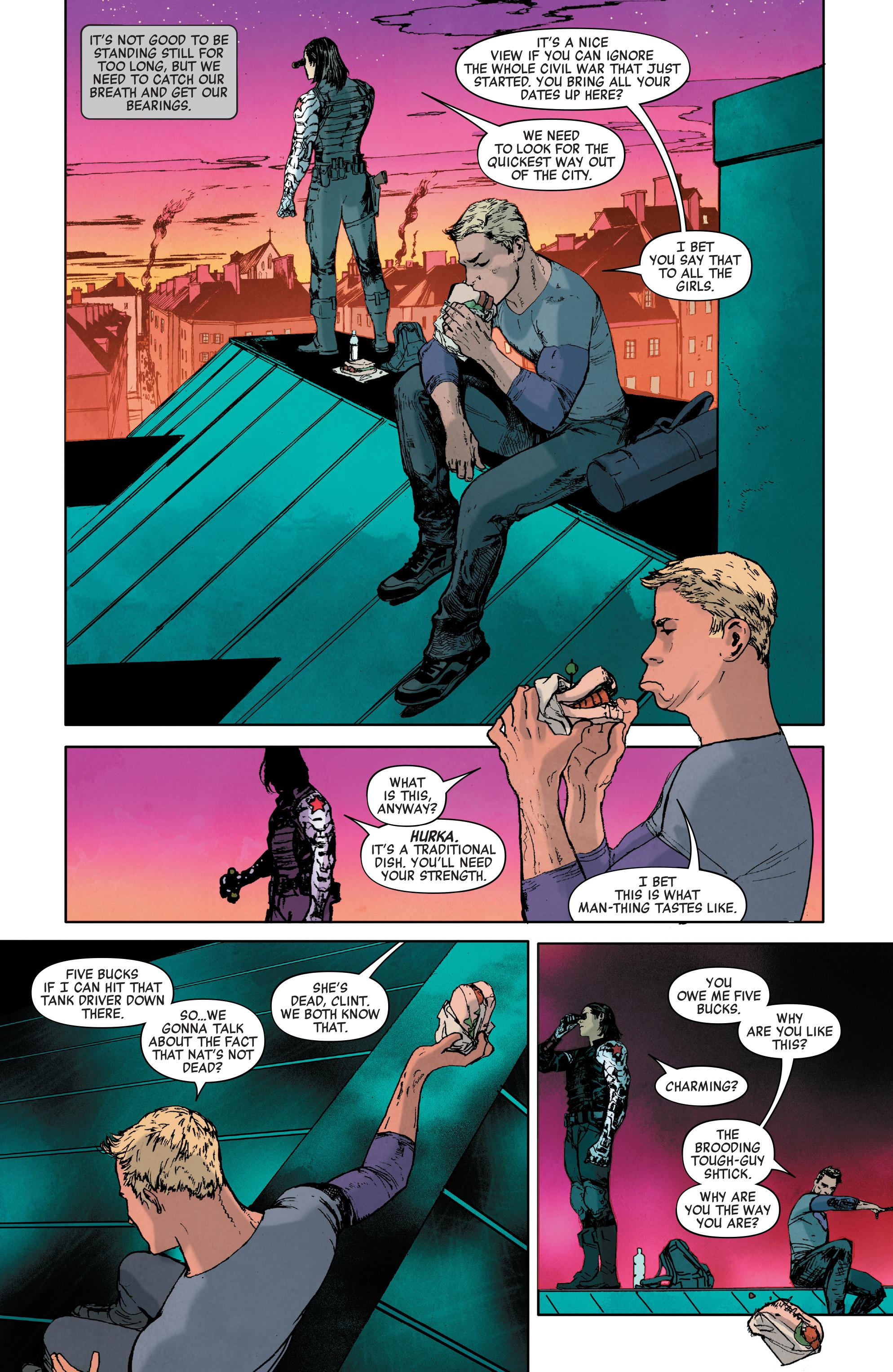 This offbeat, but logical teaming of Hawkeye and Winter Solider occurs in the aftermath of Hydra taking over the USA. Black Widow, at different times the girlfriend of both characters, is presumed to be dead, but the final pages of Secret Empire hinted otherwise. Hawkeye thinks she’s taken the opportunity to go off-grid for whatever reason, while Winter Soldier believes someone’s imitating her.

Rosenberg doesn’t take the problem too seriously, contrasting Winter Soldier’s professional efficiency with Hawkeye’s more haphazard approach to tracking someone down. The bodies keep piling up, and all too many have some connection with the Red Room, the notorious Soviet-era assassin training program that produced both Black Widow and Winter Soldier.

Travel Foreman can lay out a competent page of superhero art, but too often succumbs to temptation by resorting to his art program’s ability to make life easier. He drops his characters over layered backgrounds that give all his locations an artificial look because the only rendering is on the cast. As seen on the sample art, on some pages Foreman doesn’t quite capture the expression he’s going for either, and it’s very distracting. However, overlook that and he moves the story along nicely, and has an easy on the eye scratchy style good at defining the personalities.

Tales of Suspense does feature a return from beyond the grave, hardly unusual in superhero comics, so the trick is to make it somehow different and memorable. Rosenberg achieves this by entirely switching the narrative viewpoint midway through, which is interesting, and accounts for Hawkeye and Winter Soldier’s names being the subtitle rather than the title. The closing episode cuts between two locations as a master plan plays out, and there’s an interesting redefinition of what one character has been. Overall, this is a good spy thriller with plenty of twists and an effective grudging relationship between the title characters. Better still, it leaves everyone a little changed for the experience. This isn’t so good for those that end up dead, but it’s a definite drawing of the line under what the Red Room was.