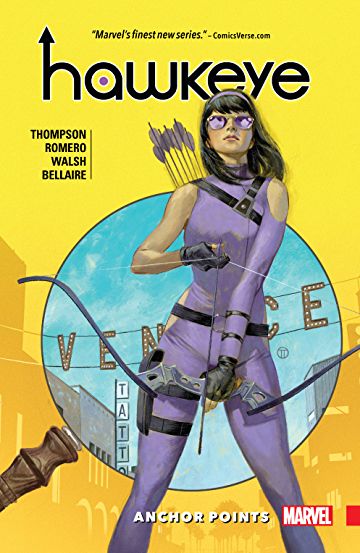 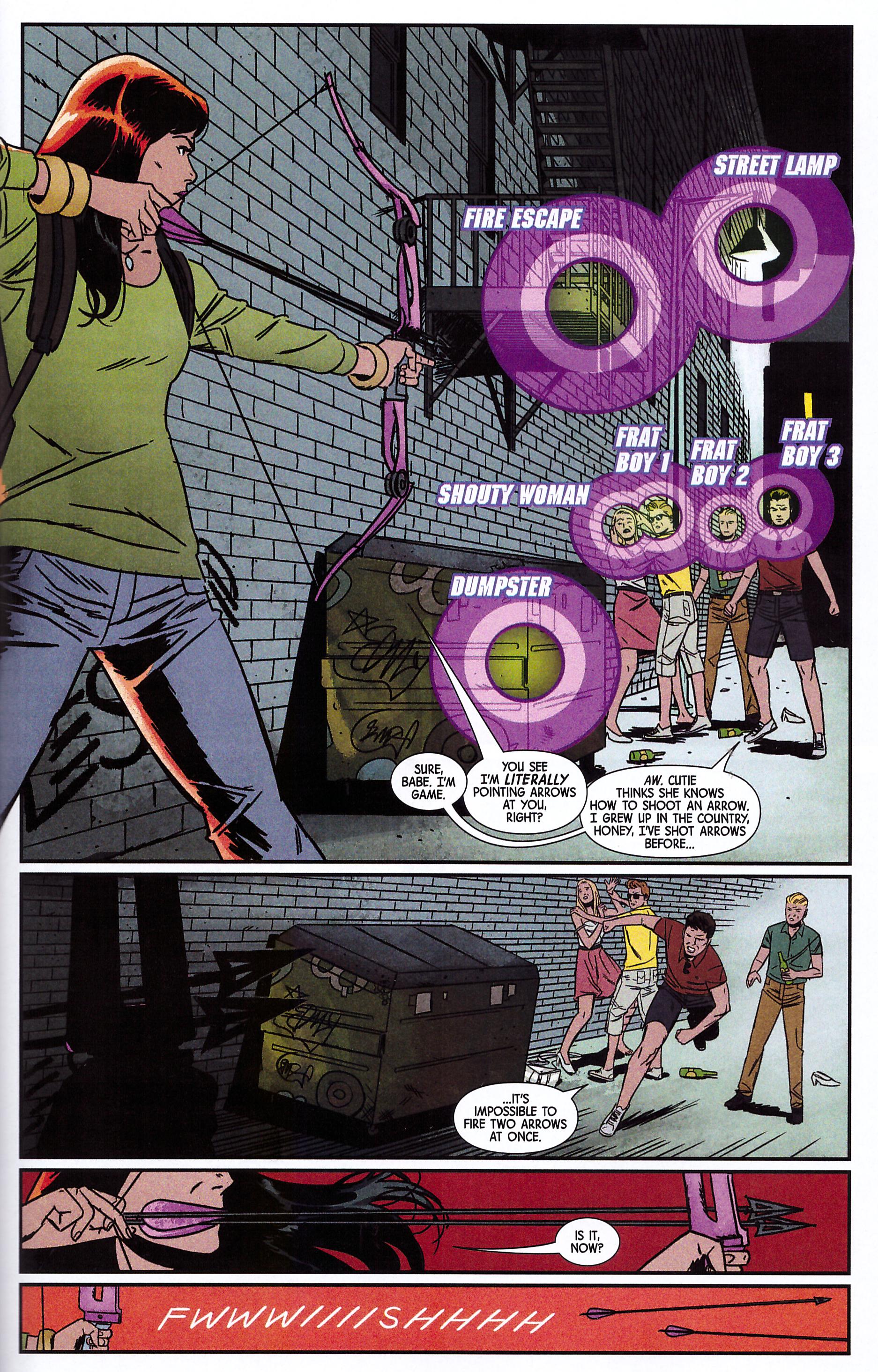 Hawkeye’s most successful incarnation was the series by Matt Fraction and David Aja, in which the Clint Barton and the Kate Bishop versions of the character were mixed and matched, Kate eventually flying solo in L.A. Woman. It makes sense, then, for creators Kelly Thompson and Leonardo Romero to stick as closely as possible to that template, so we have Kate back in Los Angeles, none too successful at running an investigations agency.

While the template is obvious, what Thompson does with it isn’t. The opening pages cruise along nicely establishing Kate as basically likeable, if impatient, and with an admirable confidence in her abilities, and not just with a bow and arrow. She’s seemingly deliberately conceived as the polar opposite of the downbeat TV Jessica Jones (from Alias). This leaves her frustrated with due process and administrative procedures, and while in Barton’s company she was the level headed and together personality, here she can be impulsive. Thompson throws in a homage to those Brian Michael Bendis scenes where a number of time-wasting characters essentially repeat the same procedure, and it seems we’re settling for a relatively accomplished re-run of 21st century comic writing tricks, albeit of the crowd pleasing variety. The plot steps up a notch, however, when Kate is approached by a high school student who’s receiving abusive texts and e-mails, about which the police can do nothing. It introduces new territory, and Thompson handles this well, without in any way trivialising the issue. It leads to a very strange place and possibly the most original way you’ve ever seen a villain overcome in a superhero comic.

Romero works in a very appealing cartoon naturalism, allowing for exaggeration, but keeping situations real and lifelike for the most part. There seems to be an instruction to include a page per episode in which people or items are circled and highlighted, as Michael Walsh continues that process for the final two chapters. It’s an interesting visual device when first seen, but becomes ever more contrived. Both are good storytellers, however, and capable of the amazing image to boot.

Other good things: the way Thompson ensures every character introduced has a purpose, although it might not seem that way at the time; she’s very clever with the clues, so keep up; Walsh the replacement artist, is every bit as good as Romero. How often is that the case? The dialogue’s smart and sassy, the plots work, and Anchor Points looks good under either artist. Marvel have another winner under the Hawkeye title. It continues with Masks.