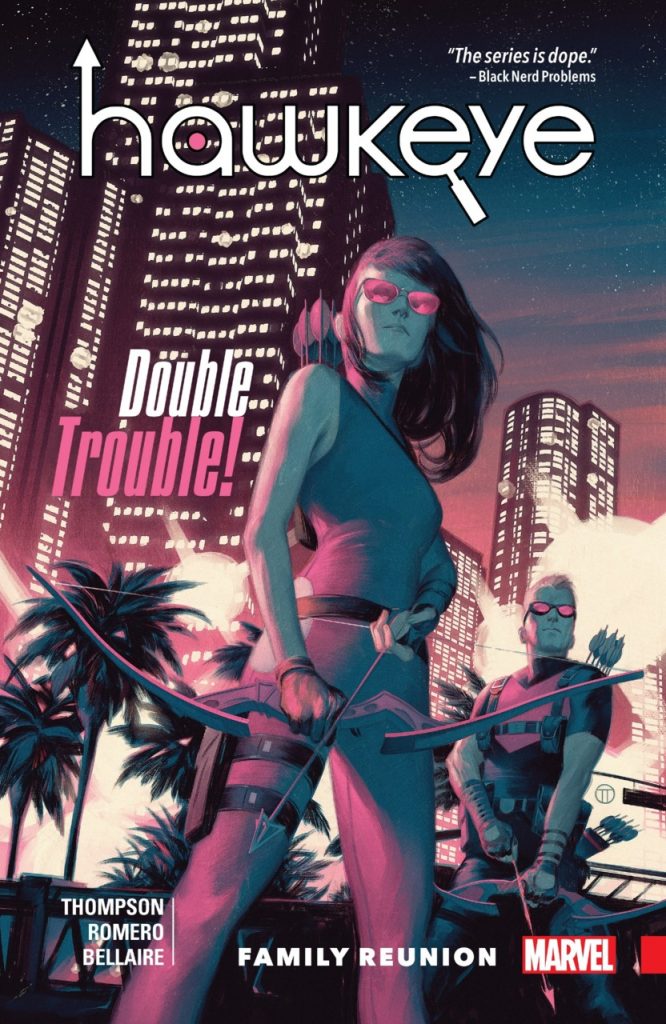 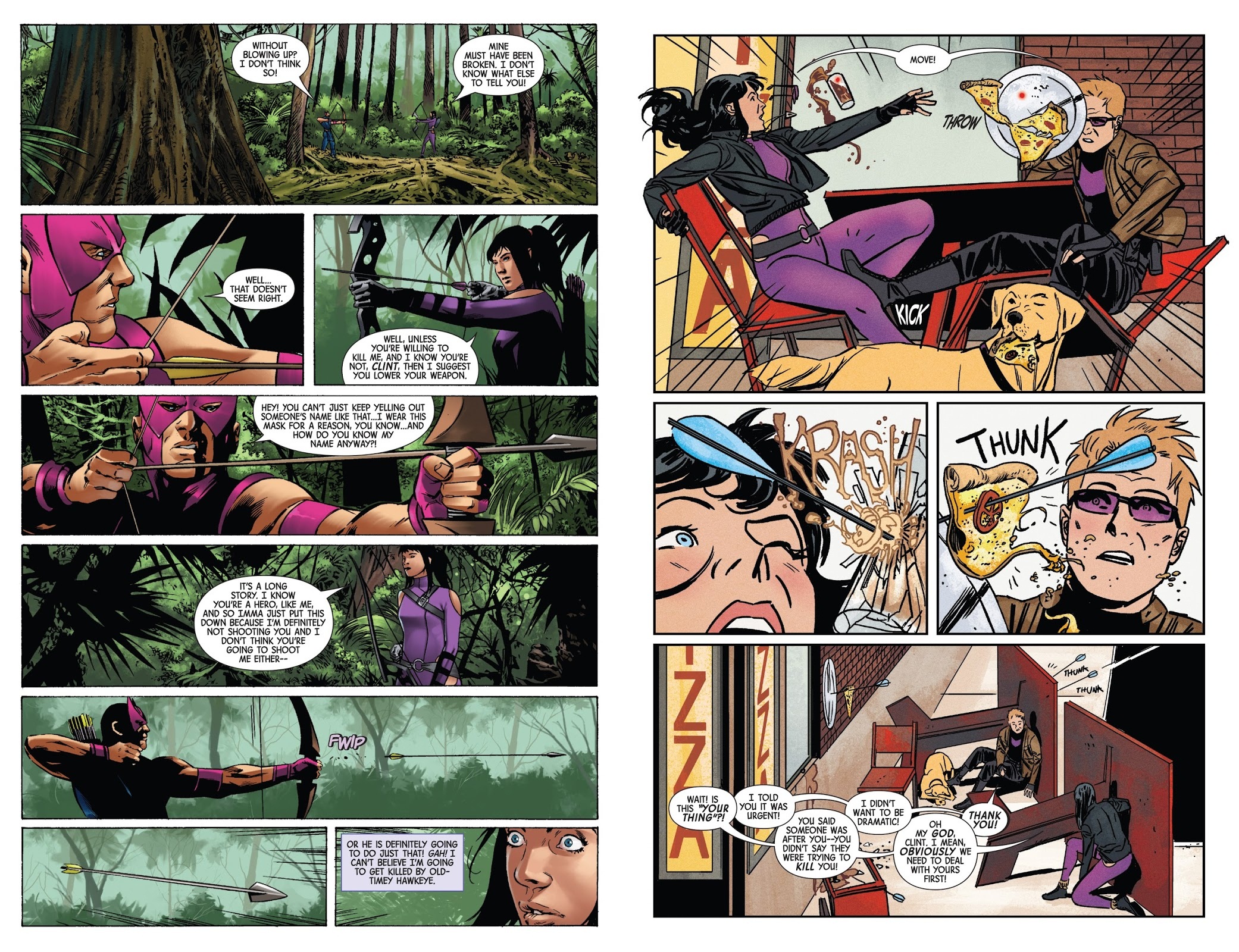 Kate Bishop, the more recent Hawkeye and star of this series, has been having troubles with her rich gangster father, who may or may not have murdered her mother. The seed of doubt was planted in Masks. She decided the best course of action was to contact Clint Barton, the more traditional Hawkeye to ask for help. He’s duly arrived in Los Angeles, but has brought his own troubles with him. Then there’s the matter of the Kate Bishop clone…

Before all that, however, we’re thrown into the middle of events in which present day Kate and an earlier version of Clint are transported through time onto an island where a large cash prize is being offered to the winner of a best marksman contest. Think paintball featuring individuals with deadly weapons rather than teams with paint guns, and that just about sums it up. It’s fun, and introduces someone with a part to play over the remainder of the graphic novel while also, for the ageing superhero fan, providing a nostalgic look at the Swordsman.

When we get back to the present day continuity, Kelly Thompson pulls quite the rabbit from the hat. Both previous Kate Bishop graphic novels were a lot of fun, but the mood was light. There’s still a lot of that in Family Reunion, but also a couple of incredibly powerful tearjerking scenes tying into the title. Central to everything is a new character able to transport people back and forth through time, although as we learn, there are limitations. She’s well characterised by Thompson as conflicted.

Stefano Raffaele’s art on the opening story is very good, but pales when compared with the effort Leonardo Romero puts in. Every chapter has a least one action spread where someone needs to get through an obstruction filled environment, and Romero composes these brilliantly, using different styles where the obstructions are similar. Madame Masque’s henchmen feature prominently, and each time Romero breaks the spread down into different sized panels. Those alone make his art noteworthy, but he knocks the rest of the story out of the park as well.

Family Reunion doesn’t exactly tie up everything that’s been running through this Hawkeye series, but ends with what most readers have surely suspected, and if a series has to be prematurely chopped rather than brought to a natural conclusion then this is the way to do it.