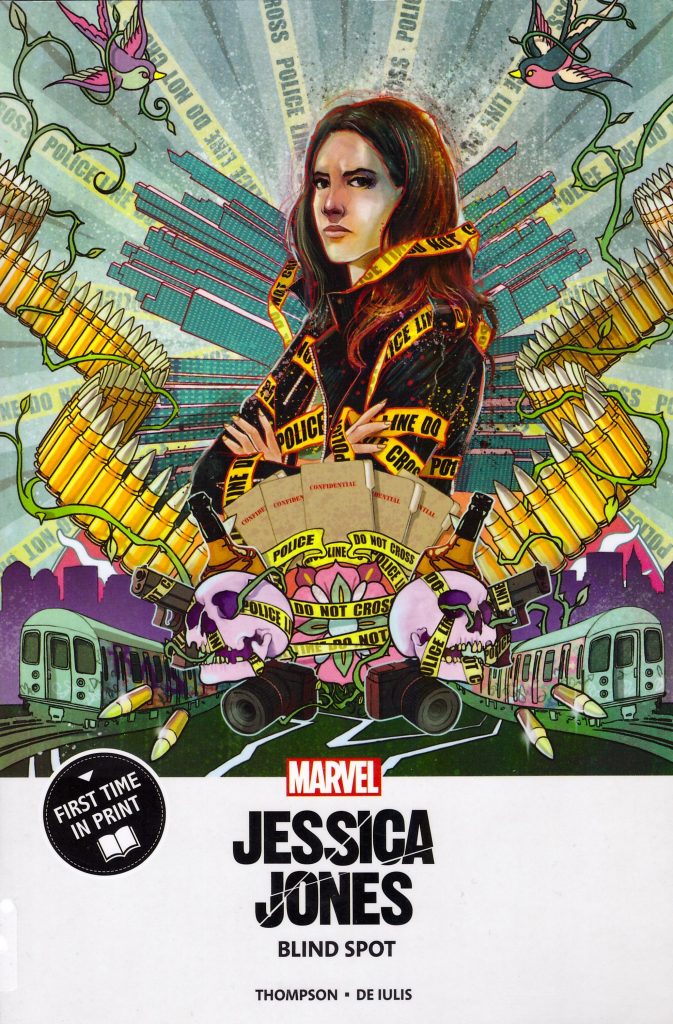 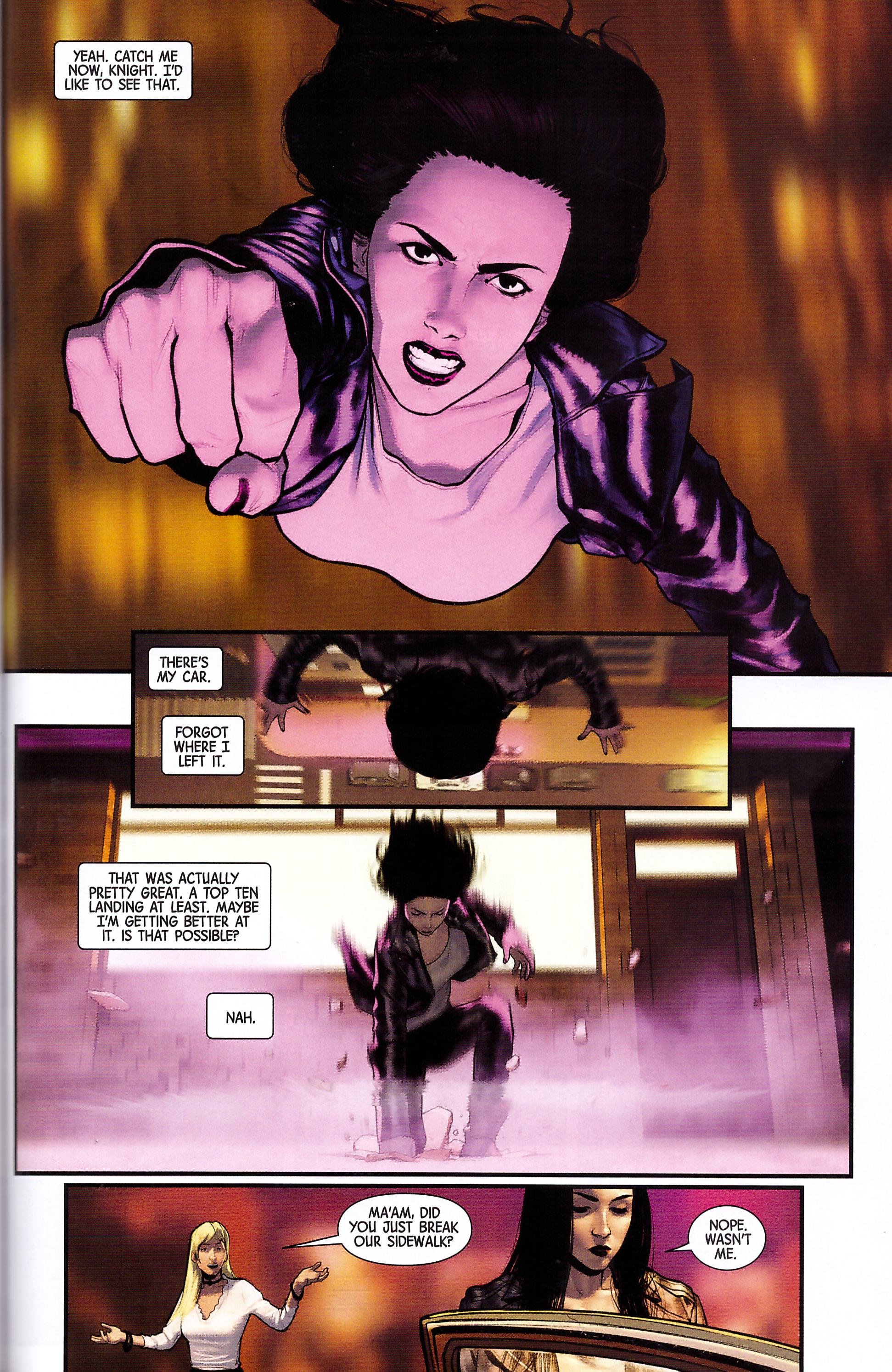 Since her introduction in Alias Jessica Jones has functioned best on the periphery of the Marvel universe, someone with superhero friends, but tenacious and observant enough to be a successful investigator. Before Blind Spot Brian Michael Bendis had written pretty well every significant outing in comics for Jessica, so it’s with some trepidation that this is approached with Kelly Thompson’s name as writer. Thankfully she knows well enough not to mess with success. This is still the downbeat and capable Jessica, with perhaps a little more drawn from Krysten Ritter’s excellent TV portrayal, and Thompson’s plot begins with two moments that immediately draw the audience in, wanting to know how and why.

The discovery of a dead body on our protagonist’s office floor is now almost conventional for a private eye story, but is fleshed out well. The other matter is the real stunner. Everything connects to a case Jessica was unable to put to rest, of a woman who was being abused by her boyfriend, but instead of leaving him, she was determined to catch him with someone else, hence her approaching Jessica. Ultimately the plot depends on Jessica operating in a world of superheroes, and like it or not that’s her unique selling point. Thompson maintains her sardonic attitude, and populates the story with enough other known faces to add some glamour you’re not going to get with Jessica herself, but never at the cost of sidelining her.

Mattia De Iulis is extremely talented at generating an expression on a face nailing an exact mood, but he’s also an artist afflicted with a severe case of photoshopitis. Why make the effort to draw similar scenes twice if they can be shopped in? This worked for the original serialised digital publication because there was time between episodes. Anyone reading Blind Spot as a graphic novel will see the same face repeatedly shopped in, other scenes duplicated, and along with that there’s little effort made with backgrounds in places, leaving the cast hanging over colour screens. However, he’s infinitely preferable to Marcio Takara’s work on the final chapter, whose gruesomely distorted She-Hulk is amid pages with otherwise little to distinguish them.

That final chapter isn’t going to please anyone with a fixed idea of what constitutes a good Jessica Jones strip as it’s uninpsired domestic comedy, although the shock ending is good for anyone aware of Jessica’s history. Less adept is the way Thompson spells it out for anyone else via an unnatural speech from Luke Cage. While being picky, her Doctor Strange comes across more as Tony Stark, lacking his customary gravitas.

More than enough about Blind Spot indicates Jessica Jones to be safe in Thompson’s care, but the sitcom doesn’t work. She continues with The Purple Daughter.