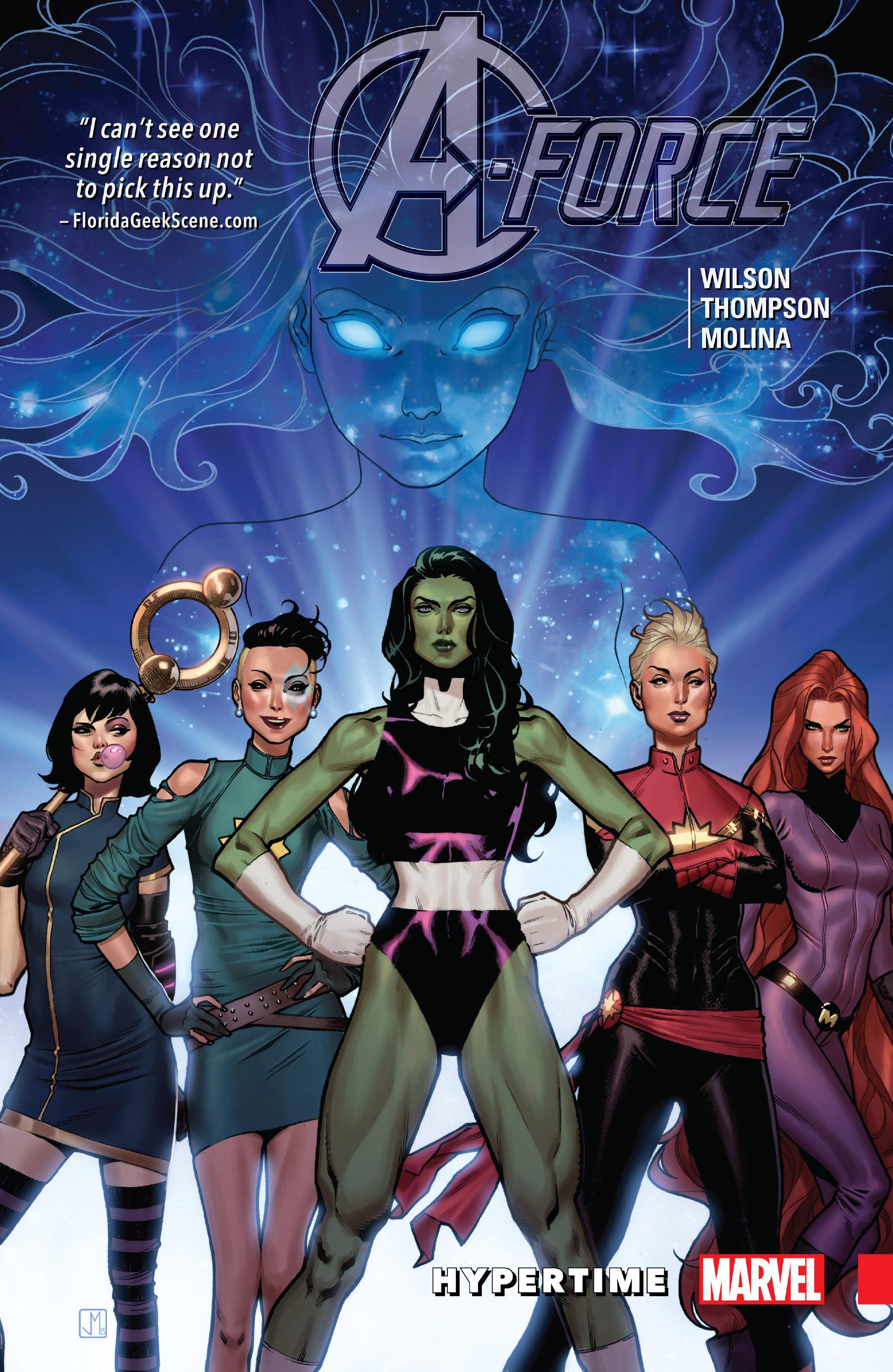 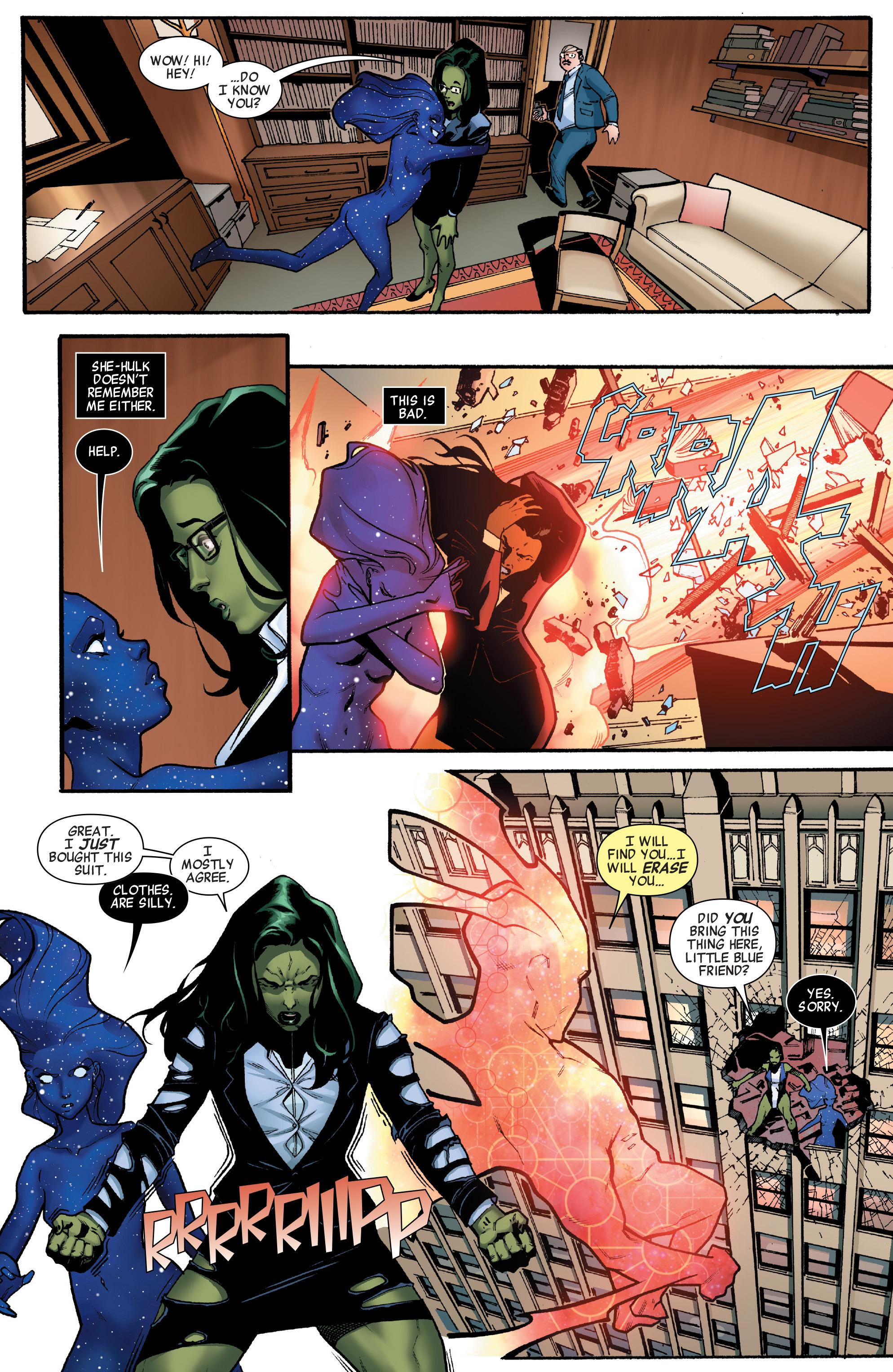 Of all the Warzones graphic novels released to tie in with the Secret Wars epic in 2015 only A-Force caught the readers’ imaginations enough to launch a new series. The first story introduced the idyllic island community of Arcadia whose protectors were versions of almost all Marvel’s superheroines, and G. Willow Wilson returns to the idea, now collaborating with Kelly Thompson.

Key to this version is Singularity, an alien entity in female form who landed in Arcadia, learned of many positive human traits via the people she met, and how to prioritise them. She left, survived the re-ordering of the universe that followed, and is now puzzled that women she considered her friends no longer remember her. It’s a clever starting point to what’s a finite story over two graphic novels, and much of what follows is also impressively neat. Because Singularity knew them, a strange super team is unwillingly formed irrespective of the roles the characters have in Marvel’s rebooted universe of 2016. So, we have people as diverse as Dazzler, Medusa and Nico Minoru alongside Captain Marvel and She-Hulk, and the way the writers handle their contrasting personalities is a delight, as is the way they have to adapt to working with each other. Over the course of the story a respect and camaraderie develop among women who barely knew each other previously, the exception being Avengers Captain Marvel and She-Hulk.

Jorge Molina is again the artist and he’s very polished. There’s never any confusion following what’s happening, and his figures are attractive women, but without the additional sleazy exploitation this series might at one time have featured.

The story here is complete in itself, featuring a powerful menace that’s well conceived as someone that’s very difficult to deal with on a permanent basis. There is a transformation for one character, and Runaways fans will surely be pleased to see Nico Minoru again. The limitations placed on her as a sorceress are also well thought out. So, a lot of fun, with more to be found in Rage Against the Dying of the Light.

On the very slim pretext of it also featuring a team of Marvel’s super-powered women there’s a reprint of a 1970 Avengers comic by Roy Thomas and John Buscema. All these years later it’s unintentionally hilarious. Valkyrie convinces Black Widow, Medusa, Scarlet Witch and the Wasp that they’ve been exploited by their male colleagues, and they all too easily fall in with the idea that they need to attack the Avengers for revenge as it’s time these male chauvinist pigs were taught a lesson. Thomas throws in a not very credible explanation before the end. Buscema’s art is always a joy, though. The book ends with a reprint of the first Warzones chapter.