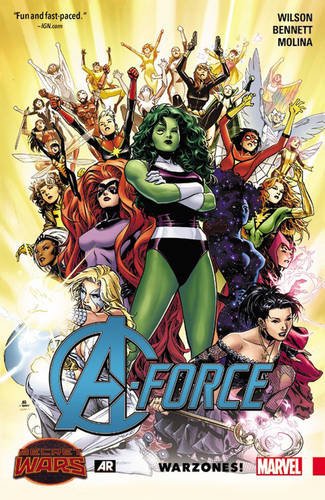 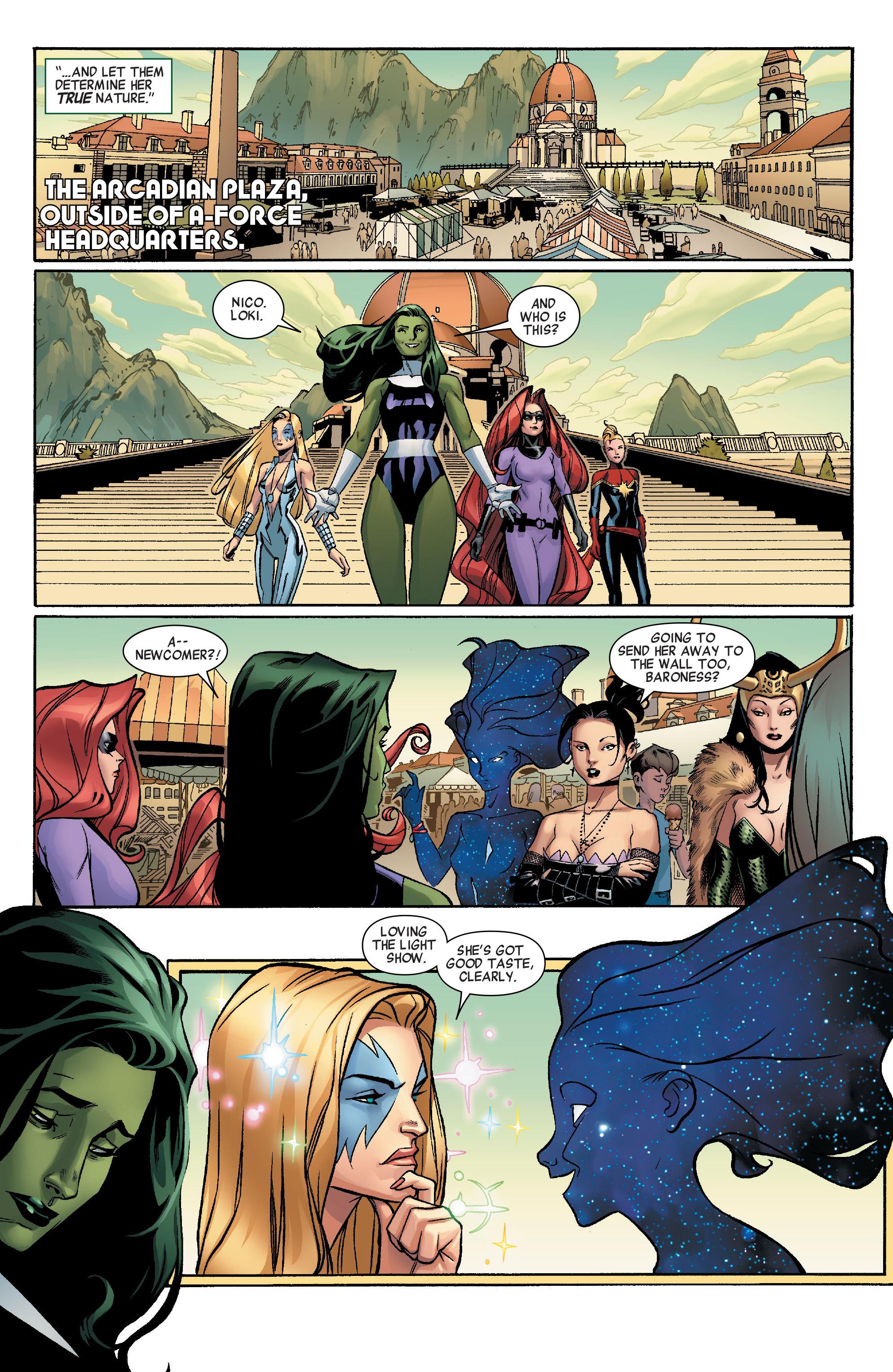 This Secret Wars crossover doesn’t feature the A-Force that Marvel introduced in the 1990s, but versions of all Marvel’s super powered women gathered together protecting the island community of Arcadia. This isn’t entirely an Amazon society, as men are seen, just not very often.

Common to all Warzones stories is that while people are aware of what lies beyond their borders, items from neighbouring areas aren’t to encroach in any fashion, a lesson reinforced via sad consequences early here. This sets the plot running, as someone is attempting to destabilise the idyllic Arcadian community by framing them, and there are enforcers who can ensure even the likes of She-Hulk are kept in check. Marguerite Bennett and G. Willow Wilson collaborate on the writing, and their ideas are fresh and engaging. All the anomalies introduced to Arcadia are of interest, but for different reasons, and the one that proves pivotal is a mysterious and naive person manifesting as a teenage girl. The uncertainty is deliberate, and among many other fine touches Jorge Molina provides a suitably intriguing design whereby she resembles a young woman via outline only, as her entire body is composed of a what resembles the night sky.

So many of the Warzones graphic novels disappointed by being trite and obvious reworkings of old ideas, but A–Force is an intelligent superhero story. Given the featured characters most readers won’t have too much difficulty making an astute guess as to who’s behind the trouble, but there’s so much else going on that one semi-obvious element isn’t a deal killer. There’s a humanity at the core of A-Force, and it was obviously recognised by readers as it was the only one of the twenty plus Warzones titles to spin-off into its own series. See Hypertime. 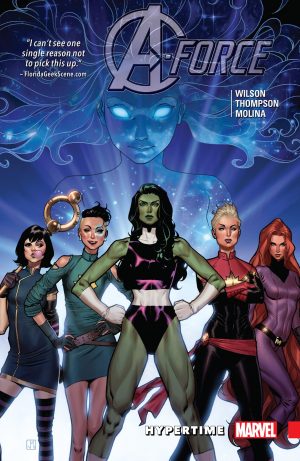 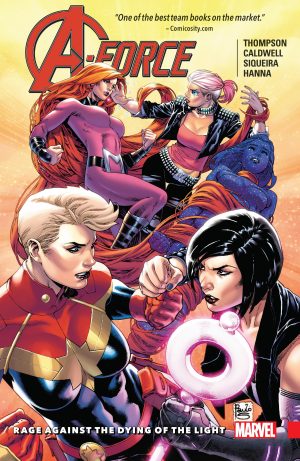 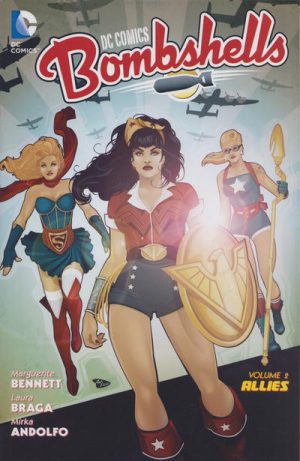