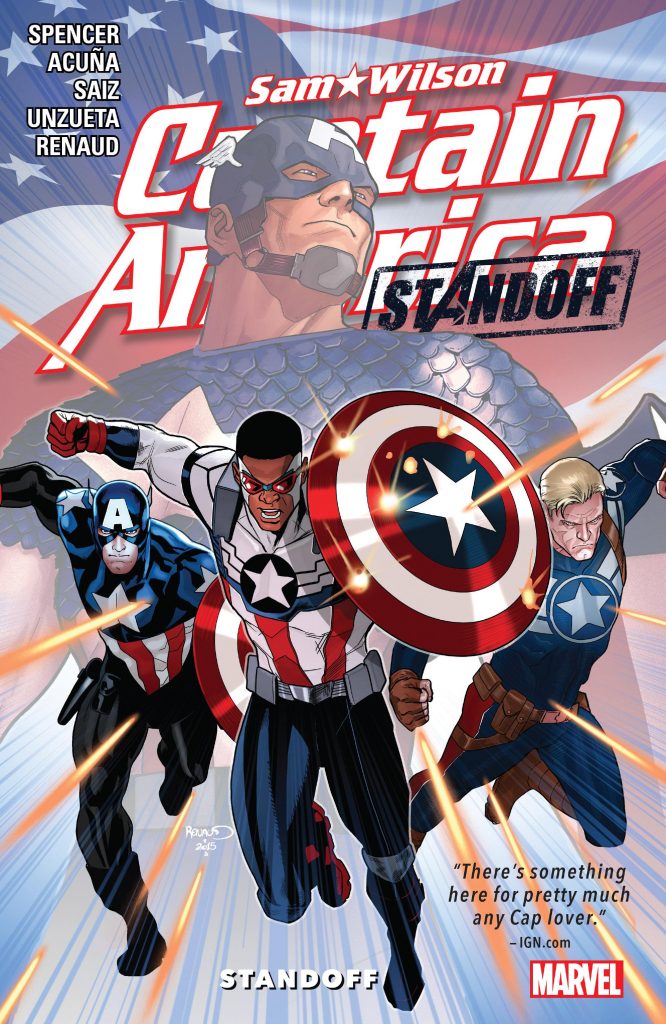 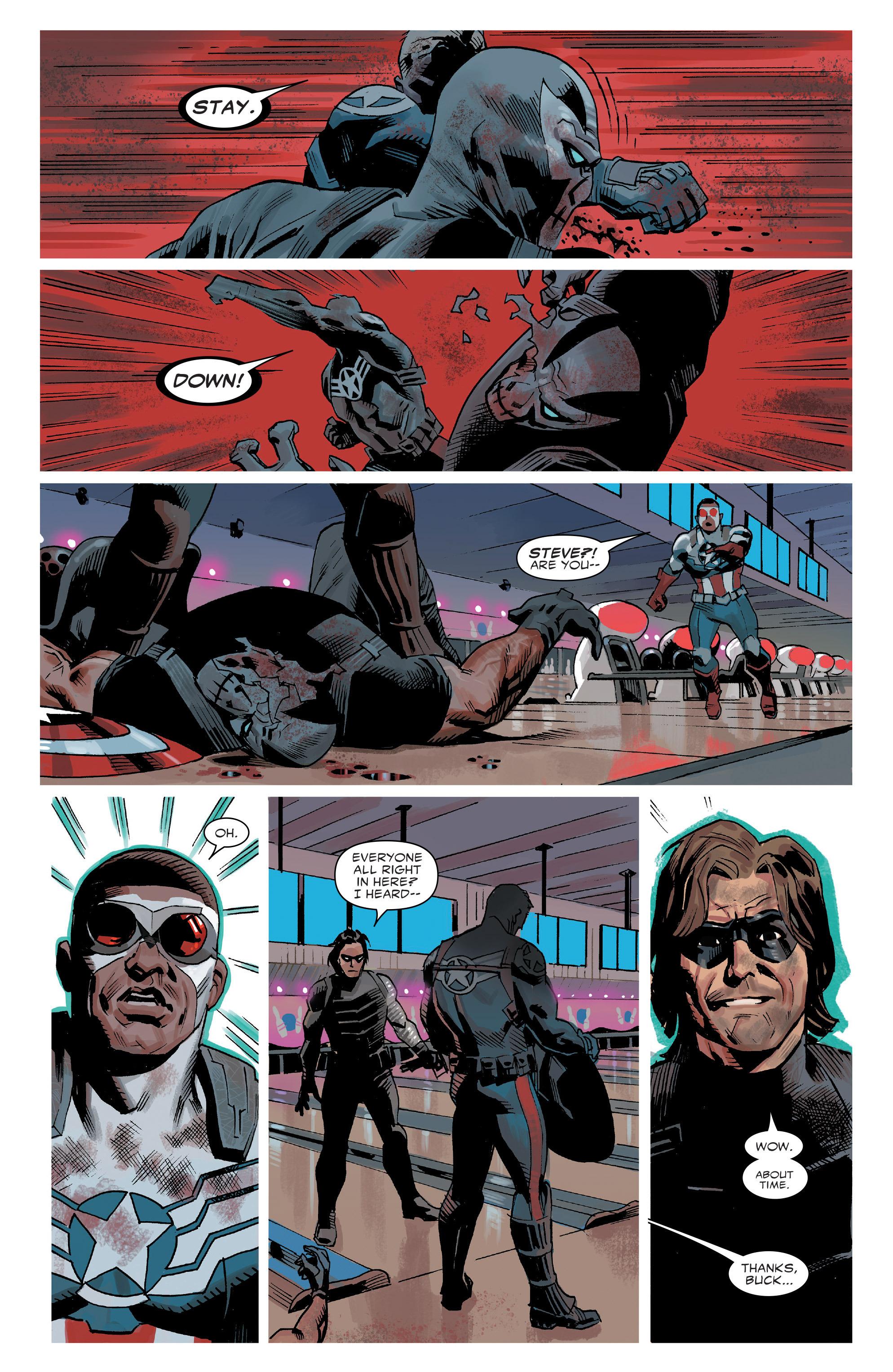 S.H.I.E.L.D.’s job is to protect the USA, and in the past they’ve taken a rather individual attitude to how that’s best achieved. With the elderly Steve Rogers now highly ranked, that’s supposed to have changed, a squeaky clean face heading up a new era, except a hacker’s been leaking S.H.I.E.L.D.’s secrets, and director Maria Hill’s not happy about that. Never mind the security issues, the revelation was that S.H.I.E.L.D. still possessed fragments of the Cosmic Cube, a device capable or altering reality. Rogers believed them destroyed. Turns out they’re not, and Hill has been using them to reconfigure the minds and bodies of career supervillains, rehousing their now compliant personalities in a purpose built town, Pleasant Hill. What could possibly go wrong?

The inevitable does occur, and with Steve Rogers now an old man beyond any fighting capacity, it’s down to Sam Wilson and Bucky Barnes, the former Winter Soldier to save the day when a platoon of villains become reacquainted with their true personalities. There is some novelty, with how the Cosmic Cube fragments have mutated being interesting, and how long time sidekick Rick Jones is reborn into another new role.

The ‘Pleasant Hill’ story spiralled across several other Marvel series, with the creators of those all having some input on the sections, but what’s presented in Standoff is the core, and you don’t really need much more. That said, there’s interest at the beginning and at the end, but in the middle there’s a lot of standing around and posing on the part of the villains as they await the drubbing that will surely occur, and the progress made overall isn’t anything that particularly affects Sam Wilson. It does address the problem of the aged Steve Rogers. As interesting as his transformation may have been in the first place, it was nonetheless one of Marvel’s core characters reduced to relative impotence, so never destined to be long term. By the end he’s again fit for purpose and his story continues in Hail Hydra.

Four artists contribute, but Daniel Acuña, Paul Renaud, Jesús Saiz, and Angel Unzueta (sample art) are all fine, giving the story what it needs and defining the cast well. The downside is that the look of some secondary characters has no consistency, Avril Kincaid seemingly finding the time to dye her hair and change her style several times as Baron Zemo and company rant on endangering everyone.

It’s not apparent reading Standoff alone, but Spencer is laying the groundwork for much of what he’ll do with both Sam and Steve later, and although his is only a cameo role, the re-emergence of the Red Skull will have some major repercussions. Sam’s story picks up again with Civil War II.