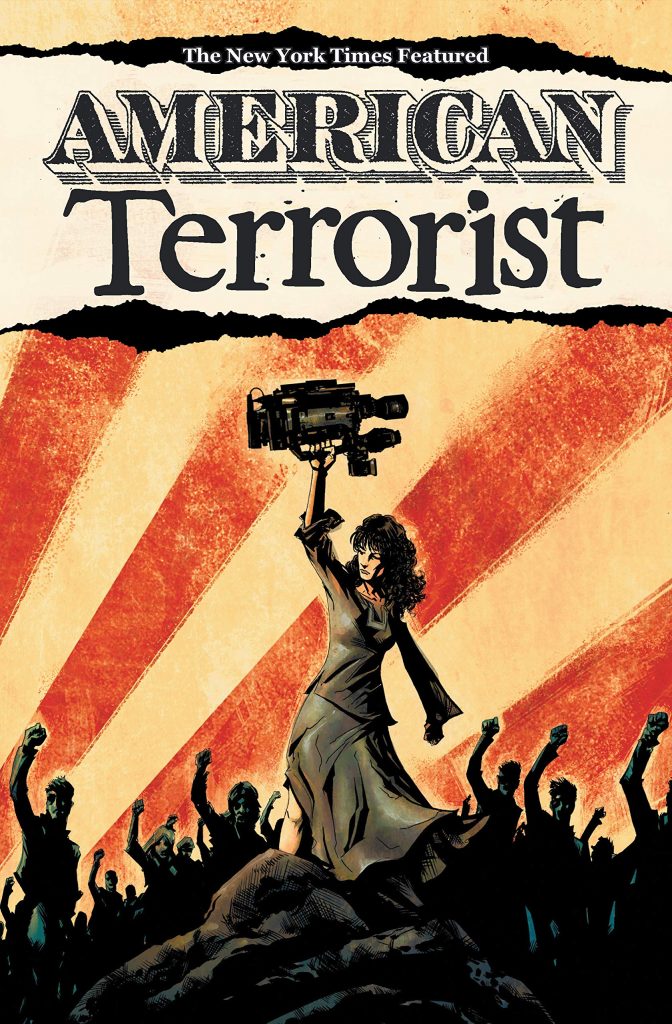 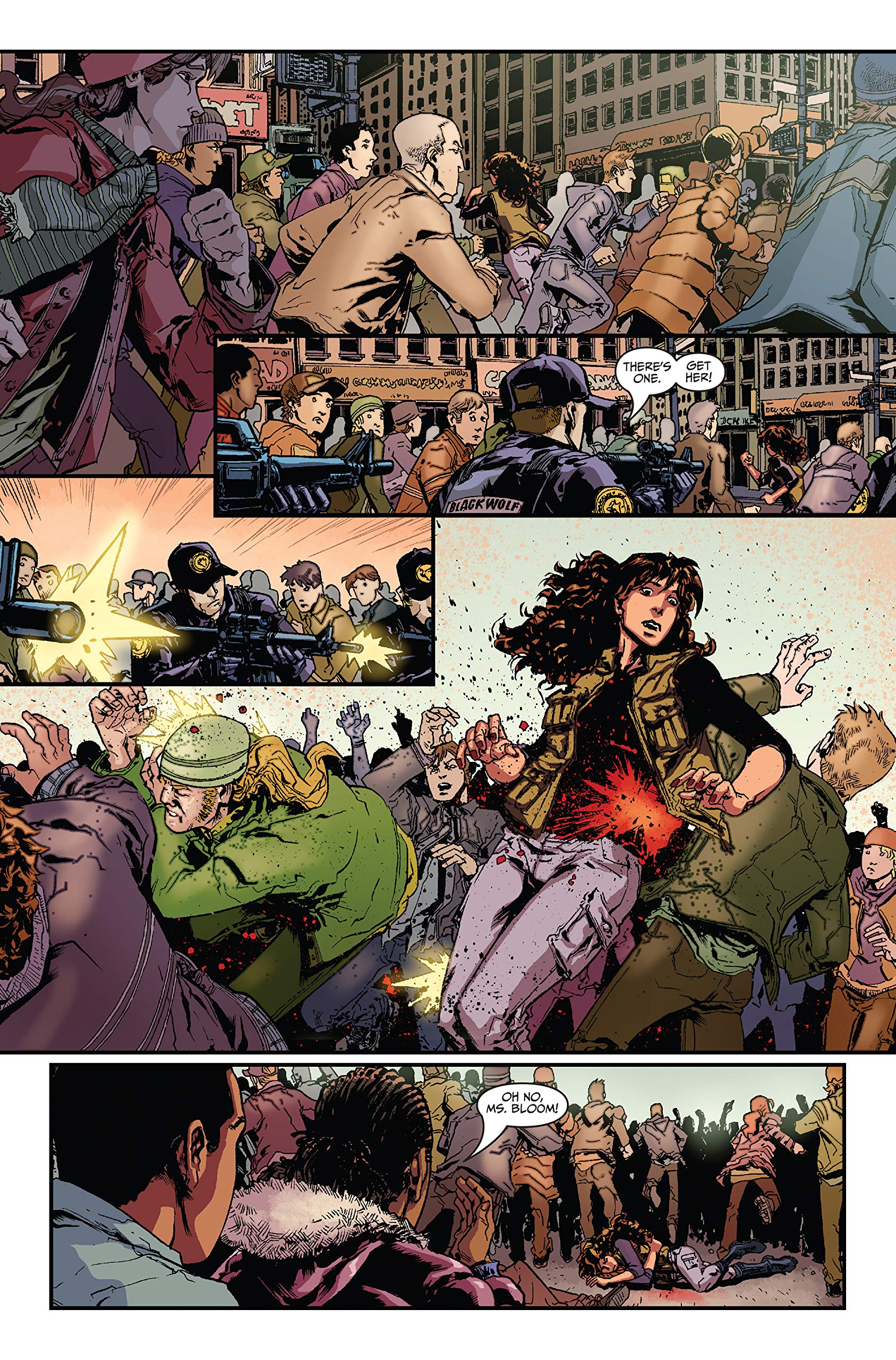 American Terrorist was first serialised as comics in 2011, yet by the time of this 2020 collection it had proved depressingly prescient. The opening chapter features eco-terrorists claiming “the government should be afraid of its people, not the other way around”, and a teacher telling her primary school class “the president doesn’t get to make their own rules”. Add an American citizen being held somewhere in secret without trial, security agents ordering the phone of a journalist to be tapped, healthcare limitations, and climate regulations producing the resentful unemployed, and American Terrorist seems a record of the times, not speculation.

Over the course of that chapter we follow several characters, but it’s journalist Owen Graham who emerges as pivotal. Since producing his home town newspaper as a student he’s been compelled to highlight the inequality of society, and events place him in a position where he’ll have to continue as a fugitive. From the chance events we witness, the American security agencies piece together an entirely false picture of a domestic terrorist organisation, then use what they discover about their suspects to fit their theory.

A hefty dose of social realism accompanies a solid action thriller enabling both sides of the story to be understood. At its heart, the message is that mistakes can be made, but there’s a wry humour accompanying that, and however unpleasant it is to be confronted with it, there’s a feeling of reality about American Terrorist. Because they’re so convincing, the writing team of Tyler and Wendy Chin-Tanner force readers to compare their story with reality all the way through. Do the people charged with the nation’s safety really no longer consider themselves accountable to anything other than their personal interpretations, behaving like terrorists in the name of protecting people from them? How much freedom should be sacrificed in the name of protection?

Andy MacDonald’s art serves the story so professionally that it requires a pause to recognise the vast amount of detail, personality and background he injects. New York Times editor George Gene Gustines provides an introduction mentioning the sheer variety of different scenes and moods required, noting how good MacDonald is. He brings an astonishing work ethic and it’s partly due to his fully realised panels that events flow so smoothly without distraction.

The seriousness of American Terrorist can be assessed by it not being entirely one-sided. With a couple of exceptions the cast are designed not to degenerate into caricature, although a clumsy lapse scars the final pages with dialogue suggesting deceit that would be better just shown later. Despite this American Terrorist will polarise, as per the comments posted accompanying Owen’s uploaded videos, and anyone who believes the disenfranchised are fundamentally idle and responsible for their own poverty won’t agree with the direction. Crucially, the creators aren’t just lashing out. During the course of a gripping drama viable alternatives to the current system are shown and explained, alternatives that benefit the many instead of generating profit for the few.

So which ending are we going to get? Will it be the tragedy that inspires or the wishful thinking? The writers are better than that, and what was a fictional ending in 2011 features aspects that have since occurred on home soil. The prevailing feeling is to wonder how long it will be until other aspects come true. That cuts to the core of American Terrorist. It’s designed to educate as to realities, while provoking thought and fundamental questions, and it’s hoped the graphic novel reaches those who’ll think to ask them. It’s one hell of a thriller as well. 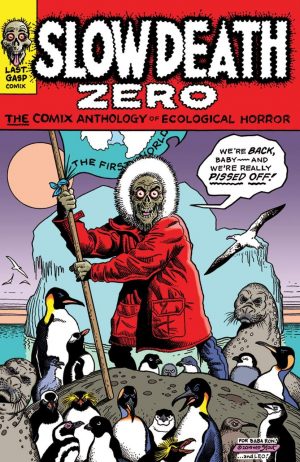