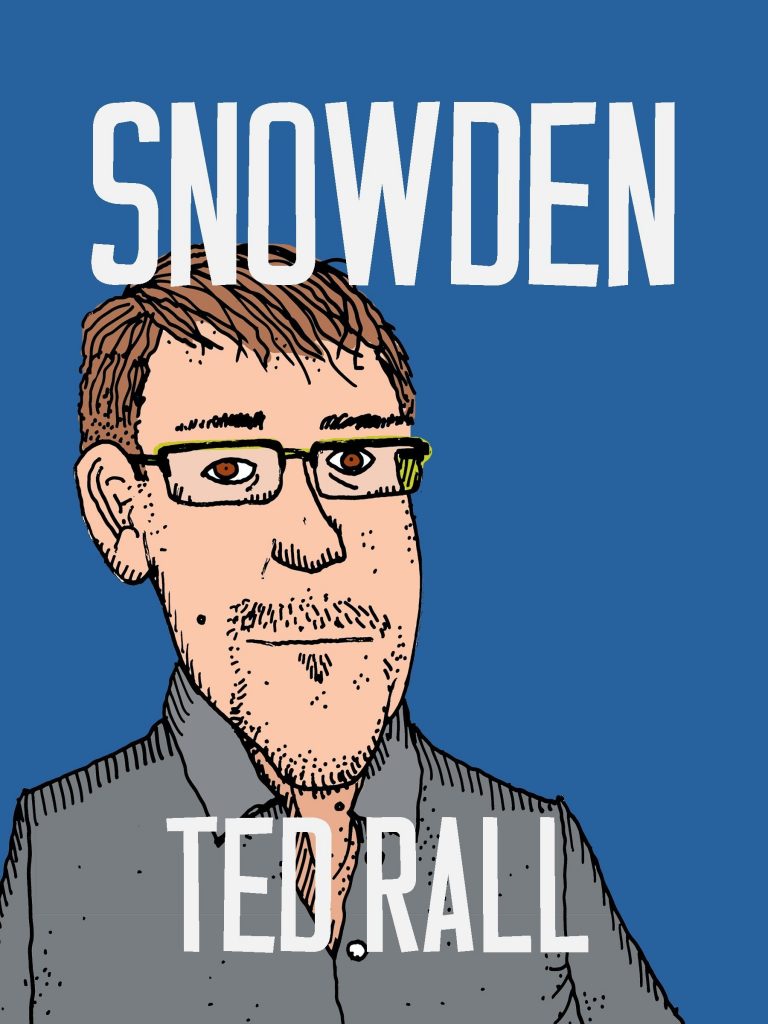 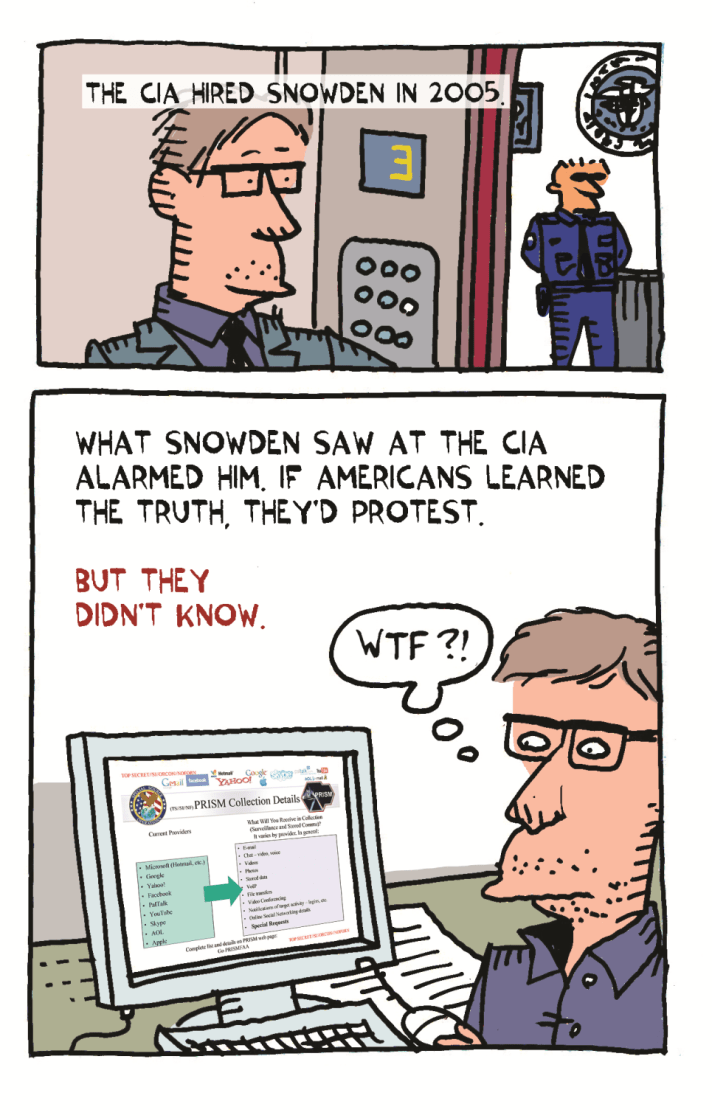 In the 1950s the UK government hounded Alan Turing to death for his sexuality. In 2020 they named a student award scheme after him and issued his portrait on £50 notes. How will time treat Edward Snowden? It’s hoped that despite the best efforts of the US government to smear him as a traitor, his place in history will be as a hero who exposed what a corrupt government organisation was doing in the name of protecting people. He was a systems administrator for the National Security Agency in 2013 when he leaked thousands of classified files proving, among other appalling acts, that the Agency was routinely listening in to the phone calls and scanning the e-mails of ordinary Americans.

Ted Rall considers Snowden’s bravery in the context of what he revealed, beginning by noting the surveillance systems employed by the state in George Orwell’s 1984. Orwell was extrapolating on what we know routinely occurred in the Soviet Union and associated countries, yet Rall’s starting point is the billions of dollars the USA routinely spends to spy on its own citizens while denying them healthcare and social security. Weasel words and semantics are used in justification, but spying on US citizens is illegal in the USA except under defined circumstances, and the starting point for Snowden was lies told by his bosses to senators. British readers have no cause to feel smug, as intercepting foreign information is legal in the US, and much of that is shared with Britain.

For those of a sceptical mindset not inclined to trust their elected officials, so much of what Rall reveals confirms the worst, not least that many of our electronic systems and gadgets now routinely include surveillance software. The biographical middle section runs through some information available to those with Snowden’s security clearance, which includes access to footage of US drones executing people, and knowledge of targeted killings. Rall notes that considerably over a million Americans have access to the same security information Snowden did, yet none of them broke ranks. Of course, while claiming otherwise, the establishment’s first reaction to legitimate whistleblowers is to discredit them, and unlike some predecessors Snowden was at least aware of his likely demonisation. Rall mentions some of those predecessors and interviews Thomas Drake about his efforts to reveal similar information. It’s shocking.

The third act spotlights the consequences of Snowden’s revelations, which amounted to the usual tactic of demonising the messenger and calling for his head, and this during the Obama Democratic administration let it be remembered. Current President Joe Biden was instrumental in ensuring Snowden couldn’t claim sanctuary in Ecuador. It’s a depressing catalogue of persecution following a familiar pattern, where the debate rapidly moved to pillorying Snowden instead of absorbing what he revealed, which presumably continues to this day with even more efficient tools. Rall outlines the importance of the issues and what they can lead to, and Snowden was published before Donald Trump and his disregard for honesty took office.

Almost everyone will come to Snowden with their mind made up about the right or wrong of what he did, and of whether or not protection justifies such an invasion of privacy. Rall is aware of this, and while he’s largely preaching to the converted, he makes the case lucidly and frighteningly.