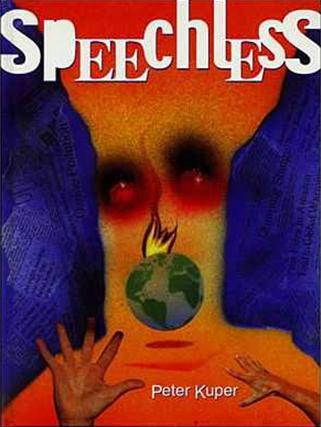 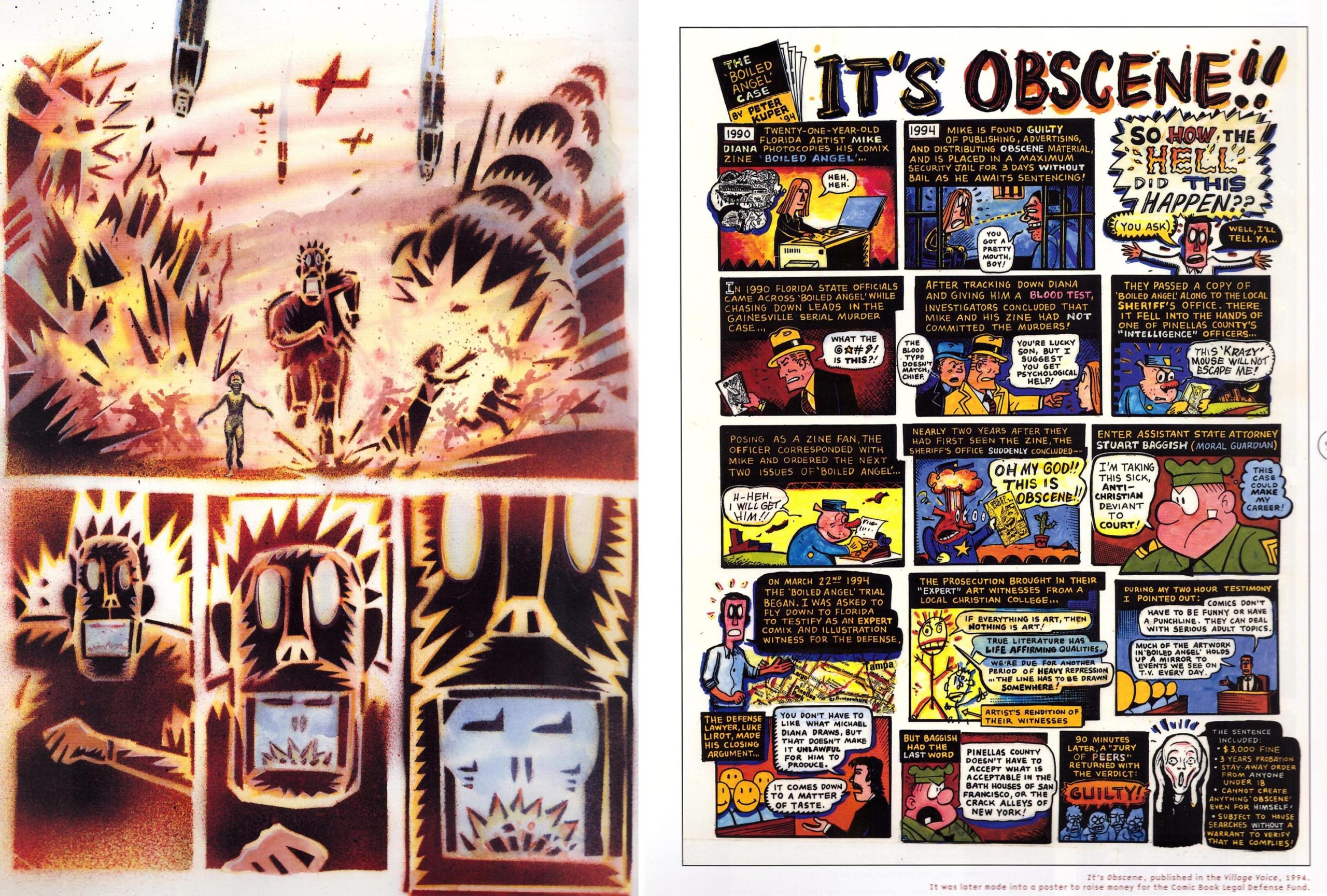 Although possibly not seen as such when published in 2001, Speechless forms a mid-career retrospective for Peter Kuper, an artist whose commissions have always veered between comics and illustration. His best known style is utterly distinctive, stencil based and spray painted, the people seemingly always pained or puzzled, and utilising a very individual sense of colour with rusty red predominant. Yet that’s just one approach. His black and white work has the blockiness of lino cuts, he’ll produce collages, paint strips on discarded windows, and his illustrations are heavily symbolic. These form an equal part of the content, powerful even when divorced from their original source, and there’s very little of Kuper’s work that isn’t in some way autobiographical or political. He’s so committed to providing a voice for political comics that he and Seth Tobocman founded a magazine for just that purpose, World War 3, which clocked up 44 issues.

The Speechless title reflects not only indignation at administrative greed and incompetence, but also that a significant portion of Kuper’s work is dialogue free. When something can’t be conveyed by illustration alone, Kuper’s preference is pictograms. Apart from anything else, comics without dialogue supply a potential global audience. It’s a method also applied to some longer work, which is referenced in Speechless via samples.

Even from this brief glimpse into his work it’s apparent that Kuper isn’t only intelligent, but someone who considers the world around him and isn’t easily swayed by group opinion. Other cartoonists work in vaguely similar territory, but their comics are more visceral, whereas an honesty and thoughtfulness about his art is common to Kuper’s work. This isn’t guarded either, he’ll offer his opinions on pornography or the US war on drugs, common sense perhaps, but equally likely to rub otherwise left of centre idealists up the wrong way.

It must be a source of great frustration to Kuper that his career has progressed onward twenty years, yet greed, stupidity and self-interest are ever stronger motivators. Yet how much worse would the US be without his holding up a regular mirror?