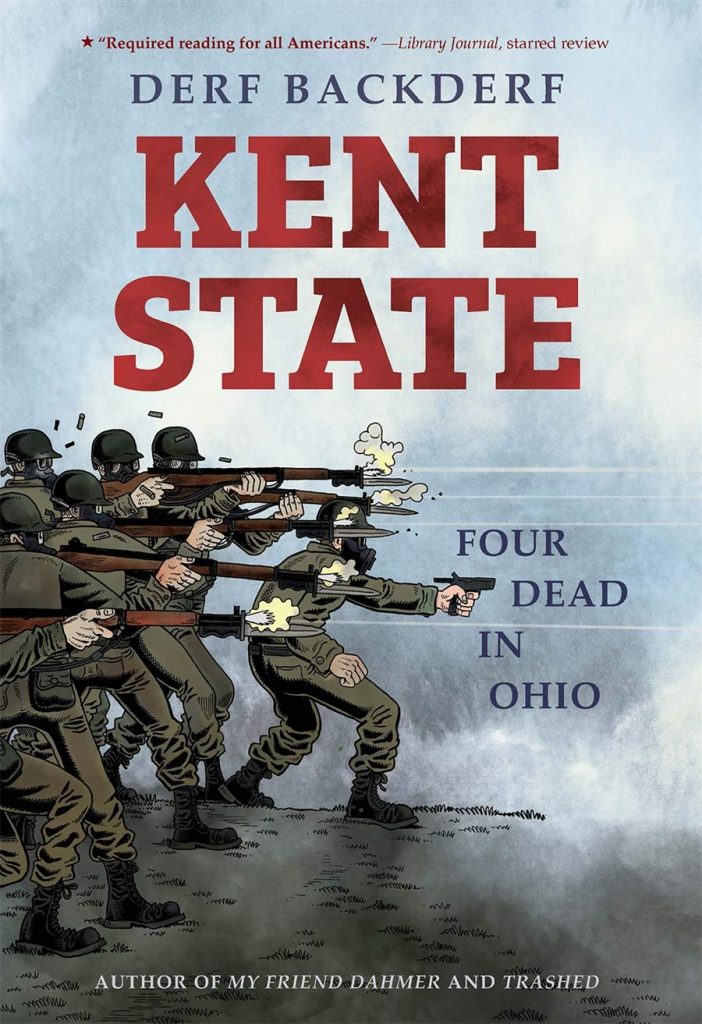 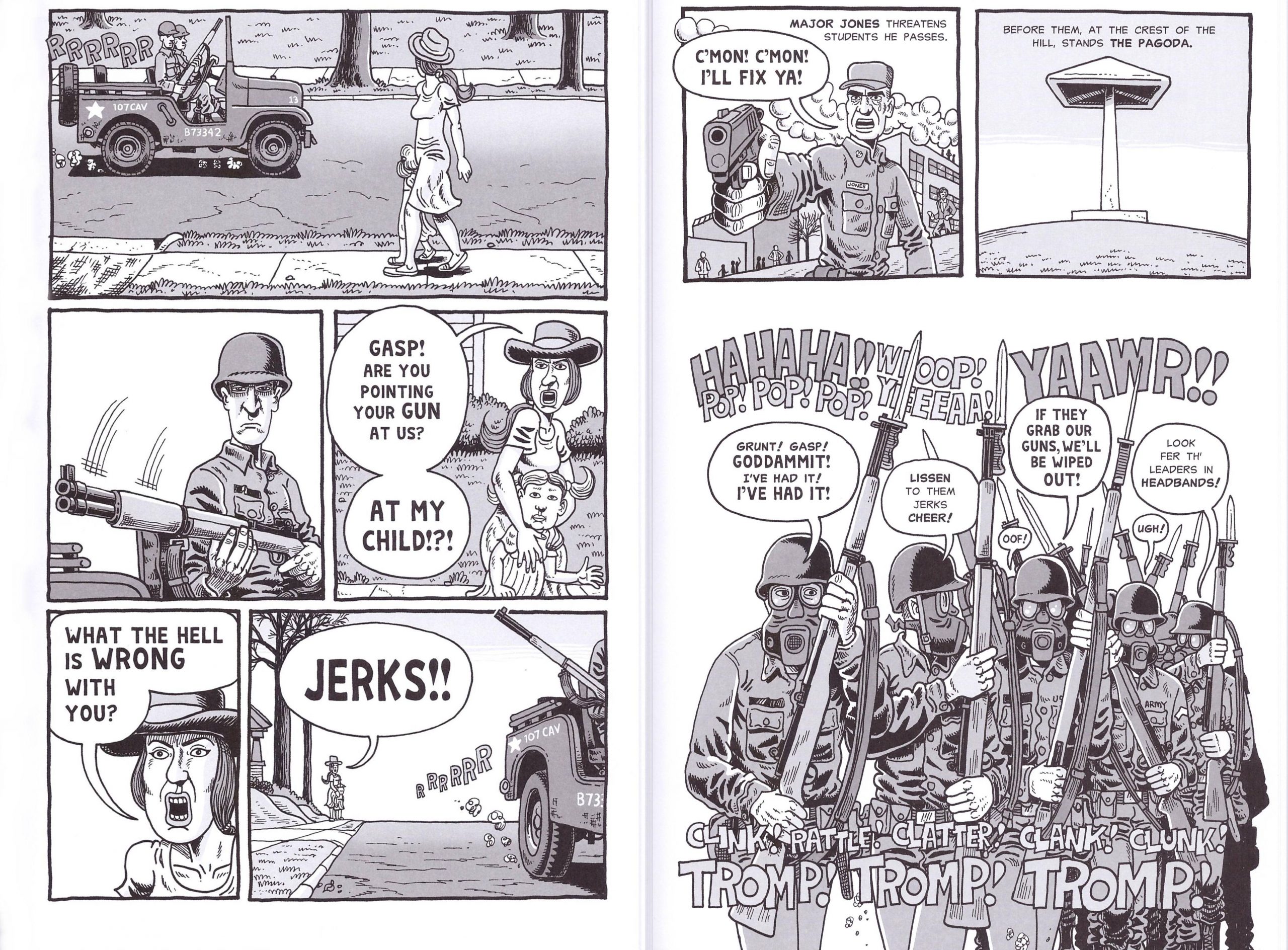 When Kent State was published in 2020 the USA was experiencing the most widespread social turbulence and divisive political polarisation since the late 1960s and early 1970s. The greatest atrocity on home soil during that period was the National Guard killing four students at Ohio’s Kent State University on May 4th 1970, and injuring several others.

In addition to future serial killer Jeffrey Dahmer being a high school colleague, Derf Backderf grew up twenty miles away from Kent State, being ten when the area was propelled into the national consciousness. Fifty years later that prompted this forensic investigation, drawing together so many sources that 25 pages of notes are supplied as to verification and interpretation. Don’t miss the one page epilogue that follows them.

The awareness of most people lacking a specialist interest only encompasses the very basics of the May 4th shooting, so where Backderf scores highly is by building a solid understanding of events leading up to it, heading back several years. He explains the fragmented political activist organisations now little remembered, and notes people inclined to tar groups with the same brush rather than seeing students as individuals. Backderf also shows fear producing a completely disproportionate response to events in the days before May 4th. On May 2nd several hundred National Guards armed with rifles, tear gas and tanks turned up at Kent State, and by the following night they were indiscriminately stabbing students with bayonets and firing tear gas to clear a sit-down protest.

Backderf doesn’t take a political view per se, but is more inclined to explain the opinions of protestors than that of the establishment. Is the entrenched demonising of Communism enough to explain why so many Americans considered it a patriotic duty that their sons might die in Vietnam? It seems too simple, and is possibly beyond the oversight of Kent State. He does focus on conversations between soldiers as well as protestors and ordinary students, exposing their susceptibility to rumours, and leading to situations like that shown on the sample art. Northern Irish readers around before 1997 may recall similar occurrences.

The unfolding catastrophe of May 4th is harrowingly told, with the power of Backderf’s art supplying weight. He catalogues one error of judgement following another. Incompetent military leaders command guardsmen who’ve had little sleep against students not believing for a second that live ammunition will be used, never mind that armour piercing bullets have been issued. The incident is infamous for four deaths, but Backderf reinforces there were also life-changing injuries, and five of those shot weren’t protesting, just students in the wrong place at the wrong time. As depressing as that is, and for all the outrage that followed, no-one has ever been held accountable.

In order to characterise the students, Backderf supplies conversations. Genuine in spirit, with content cited, these occasionally come across as manufactured to serve the narrative needs, ringing false as people talking with each other naturally. Kent State is nevertheless a tragic tale and very relevant today, exemplified by Donald Trump’s habit of associating any protestors with the most extreme examples just as Richard Nixon is shown doing. Could the same happen in the 21st century? Let’s hope not. 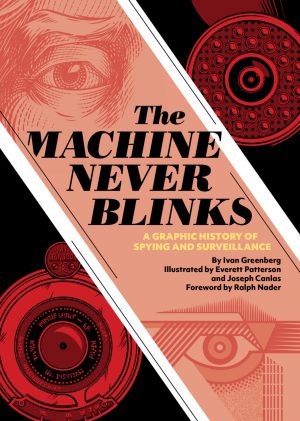