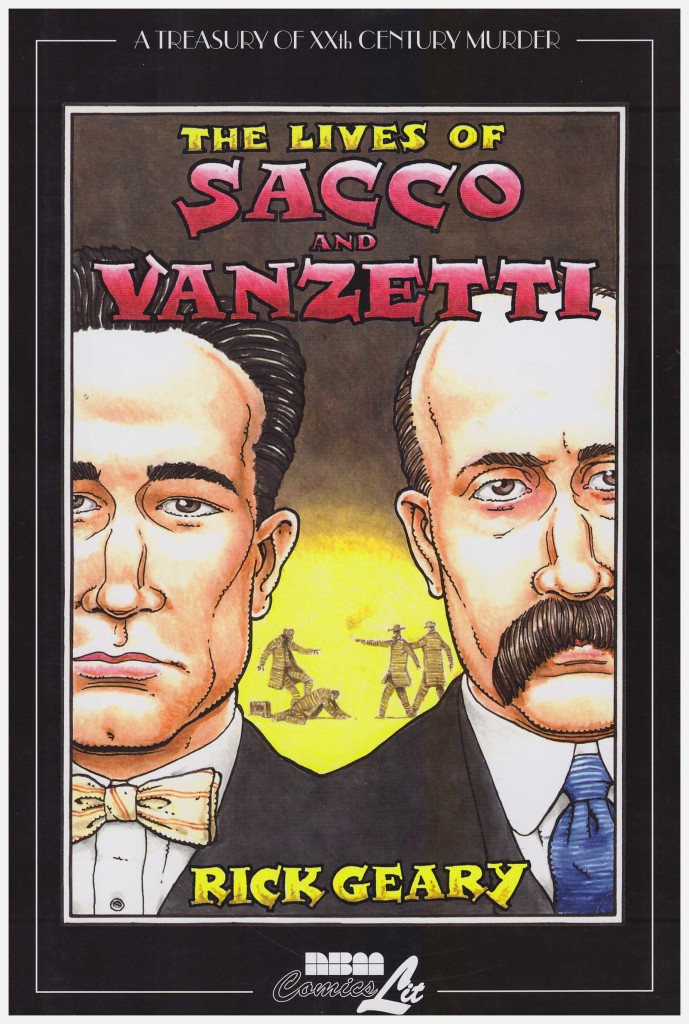 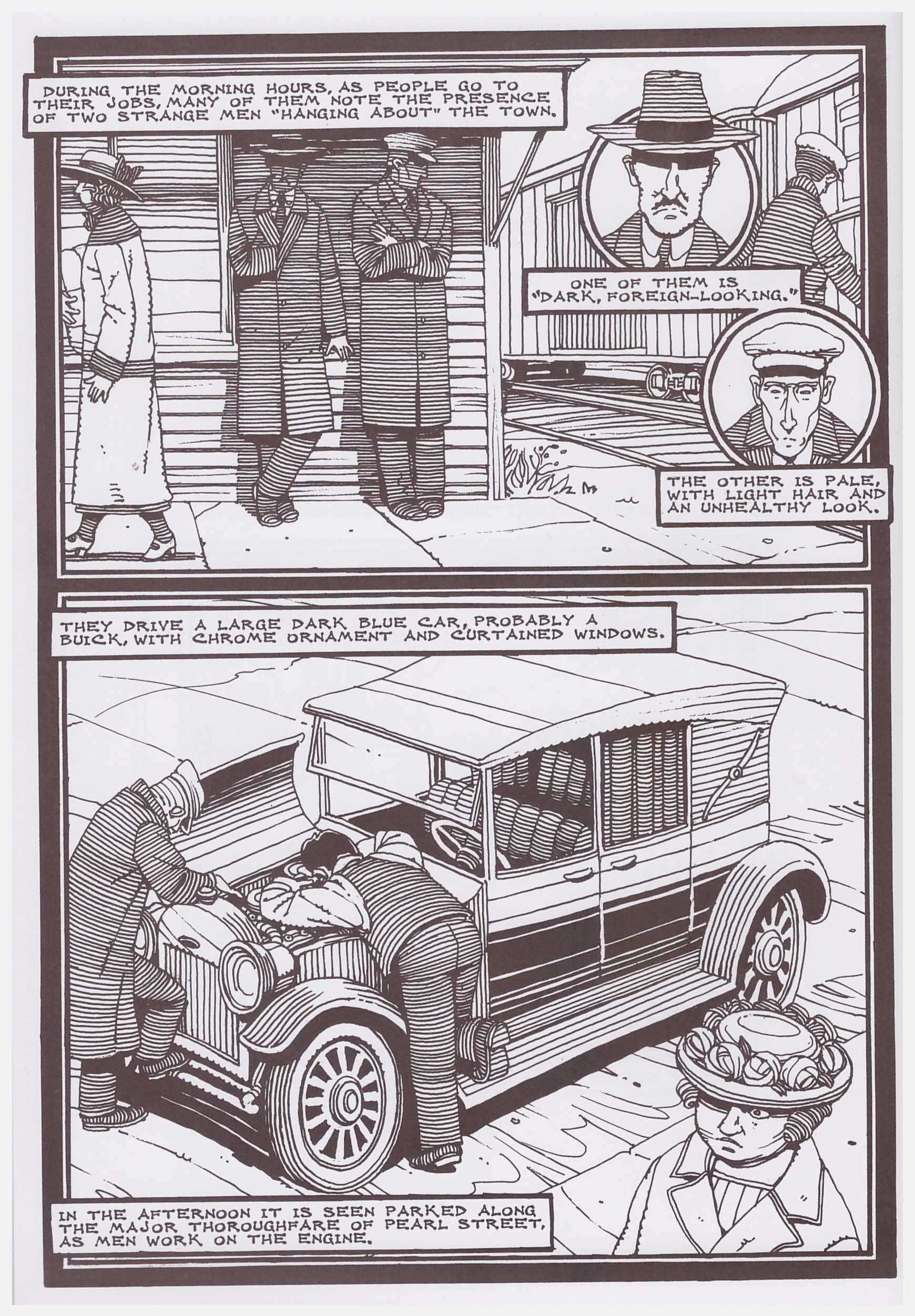 Although formatted as part of Rick Geary’s Treasury of XXth Century Murder series, the title indicates this to have a wider brief than Geary’s formal crime deconstructions. To this day much about Sacco and Vanzetti remains obscured and uncertain. Were the anarchists really responsible for murder, or were they usefully similar to descriptions of the real criminals? Suspicions abound that an example was made on the basis of flimsy evidence in order to send a message to other would-be revolutionaries during a time when regimes of other nations had been overthrown.

In 1920 two men carrying a factory payroll in cash were murdered by another two men who were waiting for them. The killers were picked up by two others in a car and driven away. A fortnight later Sacco and Vanzetti were arrested on suspicion of being involved. Neither had criminal records, and both were employed, yet both were known as socialist agitators, campaigning for better rights for the working man, and both had espoused revolution to achieve this. Both were also carrying pistols.

Geary’s illustration is meticulous in creating the period and its technology, and he delivers a wonderful portrait of eccentric left-leaning defence attorney Fred Moore, consistently angry and glaring. His other people cement an impression of an upright establishment who consider any challenge to their supremacy indictable.

Were Sacco and Vanzetti innocent? Geary makes no judgement. He presents the evidence as it was, summing up the case pro and con in the final pages, leaving us to decide. By today’s standards much evidence is certainly circumstantial, and by today’s standards there’s an overt bigotry to the prosecution, who tend to dismiss any evidence provided by Italian Americans for whom English isn’t a first language. The court record also shows the Judge continually over-ruling objections made by the defence, and while Fred Moore may have been a socialist sympathiser, he’s not adept at ensuring the sympathies of the jury. Late in the book even more telling evidence comes to light.

Sadly, as noted in the map of events provided by Geary before beginning the story, no amount of overseas protests about miscarriages of justice can save the men found guilty. At home the case barely makes the news outside the state of Massachusetts for over five years, while being widely reported abroad. Although presented in a neutral matter of fact manner, and possibly more powerful for that, The Lives of Sacco and Vendetti is a searing indictment of the times and a wonderful primer for anyone wanting to learn about the case.