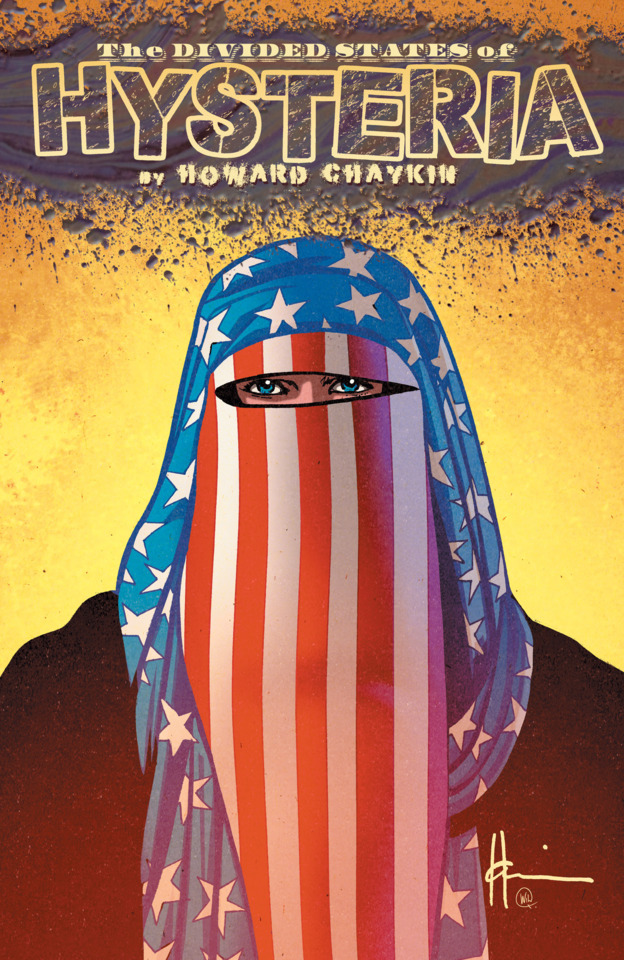 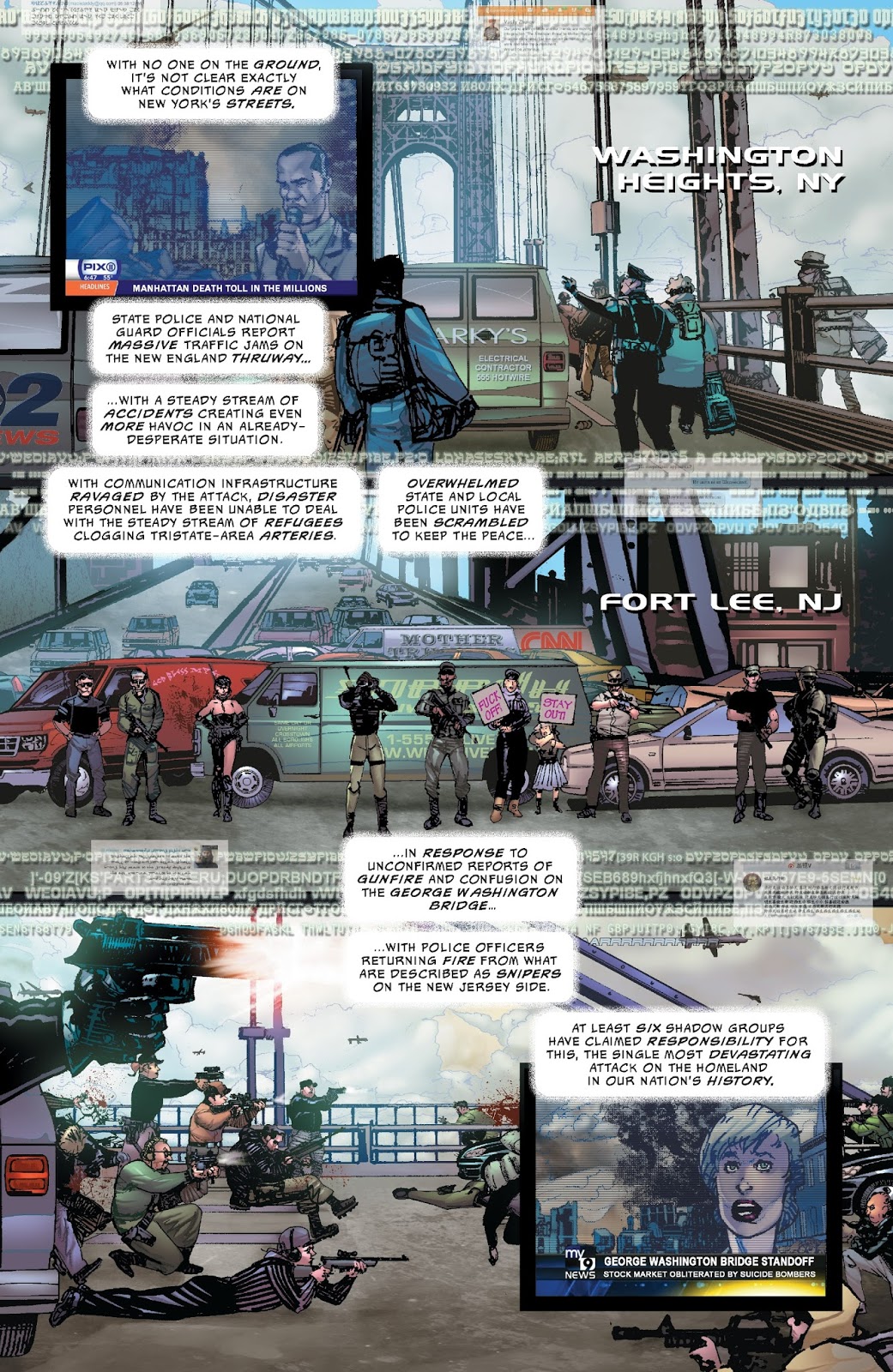 Over a long career Howard Chaykin has always knowingly been a provocateur setting the cat among the pigeons, and has revelled in the resulting dissent. In 2017 American society was more divided than at any time since the early 1970s, setting the stage onto which Chaykin could lob his confrontational bombs.

He begins with the shorthand of a news announcement watched by agent Frank Villa concerning the US President and the entire cabinet being assassinated in an aborted coup, accompanied by narrative captions highlighting the US capacity for promotion via self-mythologising. It seems as if Villa continues the long-line of wish-fulfilment, tough guys who’re a little left field that Chaykin’s used so successfully for so long, but there’s a crucial difference: Villa screws up.

By the time it happens Chaykin’s aimed his scattergun and just keeps blasting, throwing up the ills of society, which boil down to outrageous greed and too many people believing their view or opinion is utterly right and should be imposed on other people, violently if necessary. Those working in the name of US “security” have long been able to act, while technology is gradually levelling the playing field. Chaykin plays out a rudderless country’s search for a soul when the mythology has evaporated, his art overlaid by typography representing constant background buzz. That art’s deliberately crowded and features society’s identifying elements like barcodes and tiny social media posts, with drones flying over every location. The relentless barrage is heightened by Chaykin editorialising about how the US is devolving. His cast use the language of the disenfranchised and the ultra-powerful, people with no concern about who they offend, which may well offend liberals unable to look past it at the bigger picture. Just in case the offence buttons aren’t pushed by that, Chaykin supplies hefty doses of sex, almost all of it equated with manipulation, degradation and violence.

Such as it is, the plot is Villa’s shot at redemption. He’s convinced the authors of his downfall will strike again, and private backers will fund what the state won’t. We’re introduced to the people he needs to help him at the start, and you’ve met them all before in HBO or Netflix dramas, just without knowing their sexual preferences. They’re archetypes never greatly defined beyond their introduction as killers.

Wipe away all the dressing and The Divided States of Hysteria is produced to the action thriller template of setting them up and mowing them down. However it’s that dressing, the pulling back of the curtain if you’re prepared to believe it, that provides the sparkle. If Chaykin is just too cynical for you, he’ll live up to expectation. If your expectation is that he provide answers to the problems he enumerates, then you’re shit out of luck. Bullets are the panacea.

Chaykin knows exactly what buttons to push to have people howling and mewling, and as serialised comics The Divided States of Hysteria generated exactly the response he knew it would. After all, there’s a longstanding tradition of dispatching the messenger rather than hearing the message.