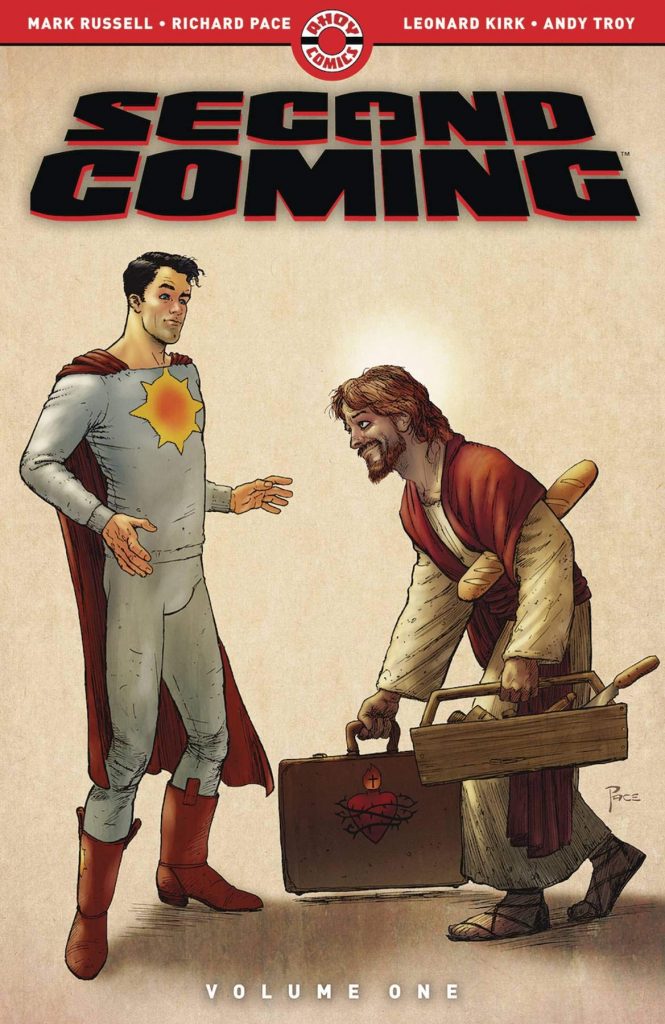 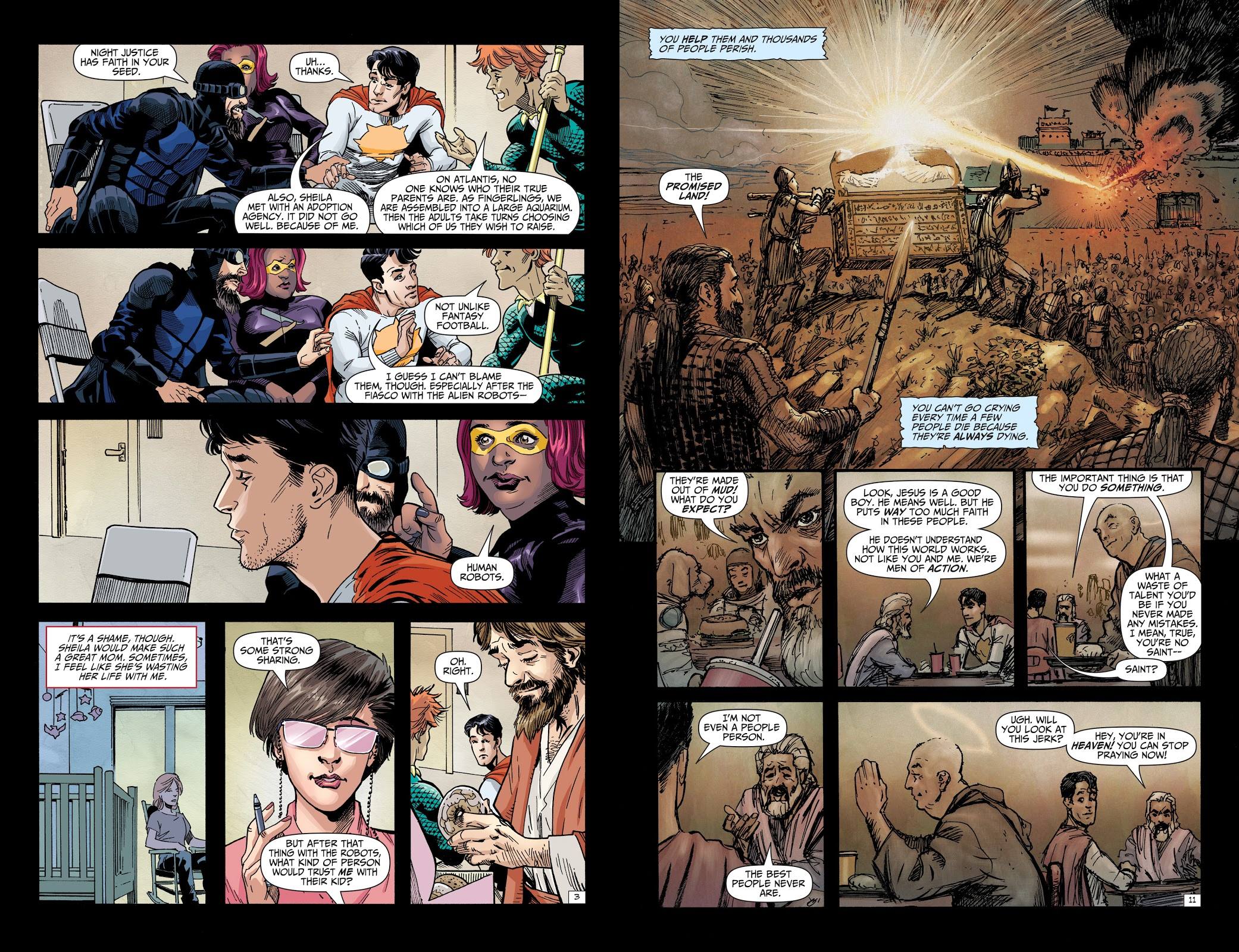 Before anyone had seen a page of Second Coming, considerable negative comment about the idea of a comic dealing with Jesus returning to Earth as foretold scared the original publishers enough to cancel the project. Mark Russell’s idea will enrage some Christians unable to acknowledge the vast contradictions of the bible with anything other than arguments about faith and the “mysterious ways” cop-out, but surely he has as much right to present his interpretation as anyone else.

His interpretation is that God, very much the capricious old testament version, has never agreed with his son’s ideas about bringing harmony to humanity, so after one unsuccessful attempt at change two thousand years previously, Jesus is dispatched back to Earth. He’s to stay with Sunstar and his journalist wife, God believing the superhero’s proactive methods offer the correct example. The result is an odd pair combination, but Russell’s smarter than that, and he has some serious points to make. The most obvious is that threats and random violence, as represented by Sunstar, are no way to solve any problems in the long term.

Artist Richard Pace creates contrasting locations by having Leonard Kirk ink all scenes set on Earth, which are then brightly coloured by Andy Troy, while he uses a looser style with a brown wash for other locations, primarily heaven. That provides a classical flourish, and Pace otherwise provides what’s needed, rarely spectacular, but always solid.

Years ago maudlin country rambler Red Sovine recited the sincere If Jesus Came to Your House without attracting any flak, and Russell essentially asks what the song does, admittedly in a more satirical way. What at first seems trivial keeps the jokes coming, but also prompts consideration of how we would treat Jesus if he returned in the 21st century. As a side dish, while making his points about the teachings of Jesus, Russell is also satirising Superman’s background and that of other major heroes. Strangely, these slapstick interludes are too obvious, the type of jokes anyone else parodying superheroes has made over the years, and it’s the sections with Jesus that are the most resonant. Russell is respectful when it comes to the essence of his teachings, down to unobtrusive background scenes of him being true to them, and supplies a common sense approach to human behaviour.

Like Russell’s earlier projects, Second Coming presents as comedy, but is also social commentary, and there are some great lines concerning human nature. Russell has said he intends to return to Second Coming, but creatively it would need some great validity, as he’s fudged the ending. He created his own problem in that pointing the finger is all well and good, but involving God and Jesus means that for once there are easy answers after all. Some are provided, one a refutation of much that’s come before when other options were available, and the other predictably saccharine. It’s a disappointingly ordinary final chapter, but that doesn’t suck the sense from the earlier material, which is very readable. 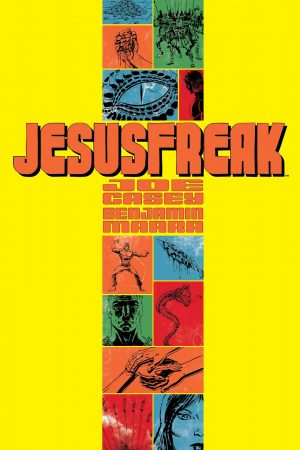