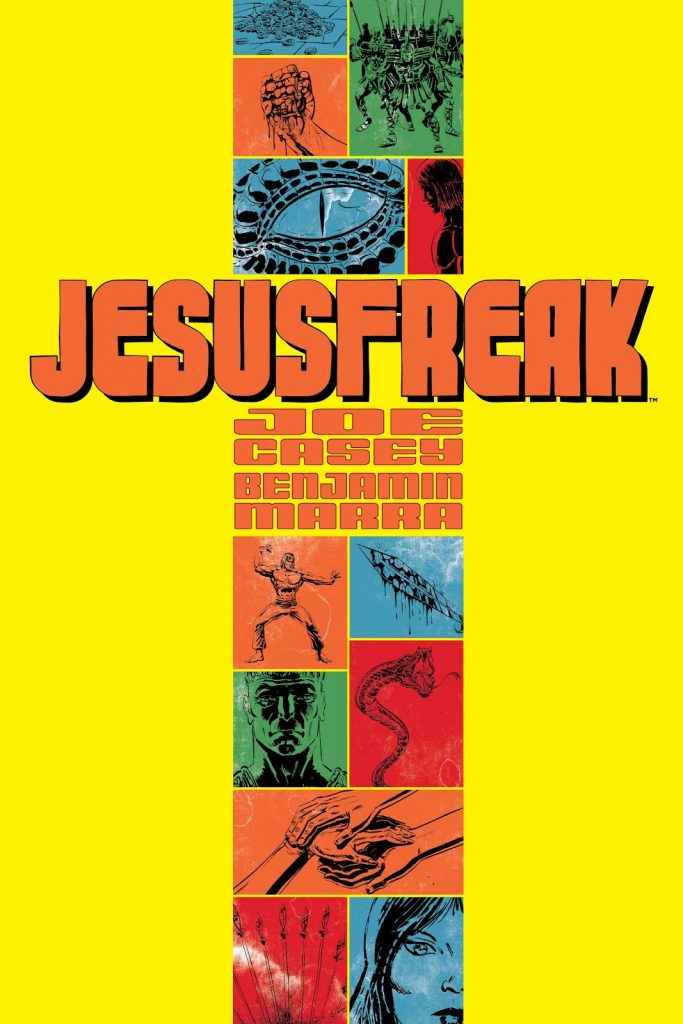 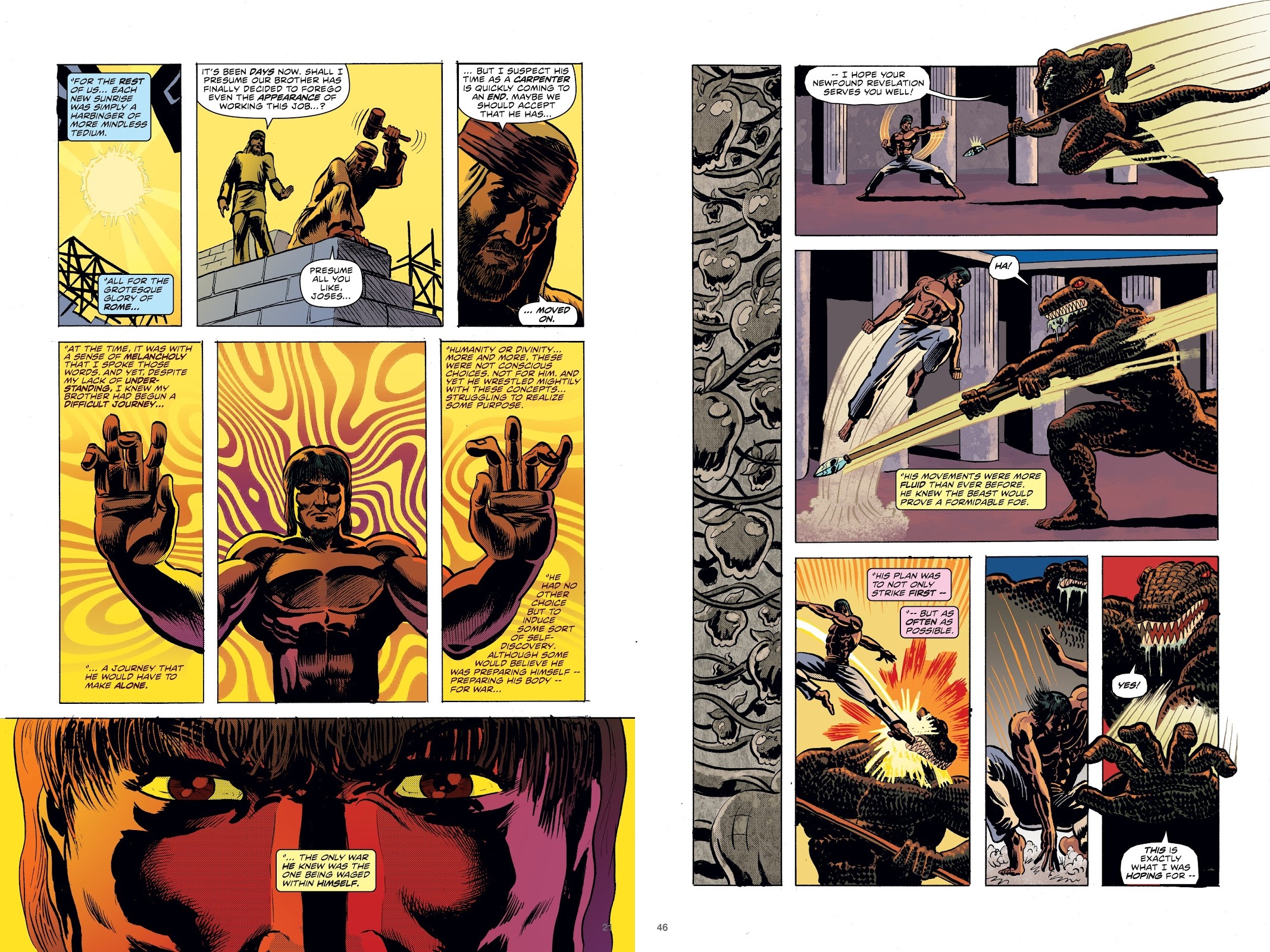 In 26AD there’s a Palestinian carpenter experiencing severe existential doubts accompanied by headaches and visions he doesn’t know how to interpret. These are occurring at the time a new Roman governor has arrived to administer the province. Pontius Pilate has an agenda to expunge the hope engendered by the minor successes of prophets preaching against Roman rule.

Joe Casey’s idea is to strip away all religious aspects grafted onto the life of Jesus and those he associated with, treating him as an ordinary man coming to terms with something no-one has previously experienced. He’s confused, doubting himself, and limited by the knowledge of the times, but stirred by feelings that Roman sovereignty is plain wrong. It’s a masterstroke to have Benjamin Marra as illustrator, as his off-kilter depictions are unsettling and atmospheric, sliding into hallucinogenic and absurd. His depiction of Jesus in terms of a kung-fu action hero somehow gels, and Casey’s accompanying staging is knowingly melodramatic, from the pomposity of Pilate’s proclamations to John the Baptist as martyr. It’s also a surreal fantasy ride, and as Casey acknowledges, part homage to the plain strange genre comics issued during DC and Marvel’s 1970s expansionist phase.

Despite the possibly disingenuous introduction stressing Jesusfreak has nothing to do with religion, because of what Jesus has come to represent, there are people who’ll be offended. To them the best advice is surely not to read it. Anyone else with an open mind should find plenty to enjoy in something that takes bare historical truths as a starting point and bakes them into interpretive fantasy. It’s a wild and individual ride.