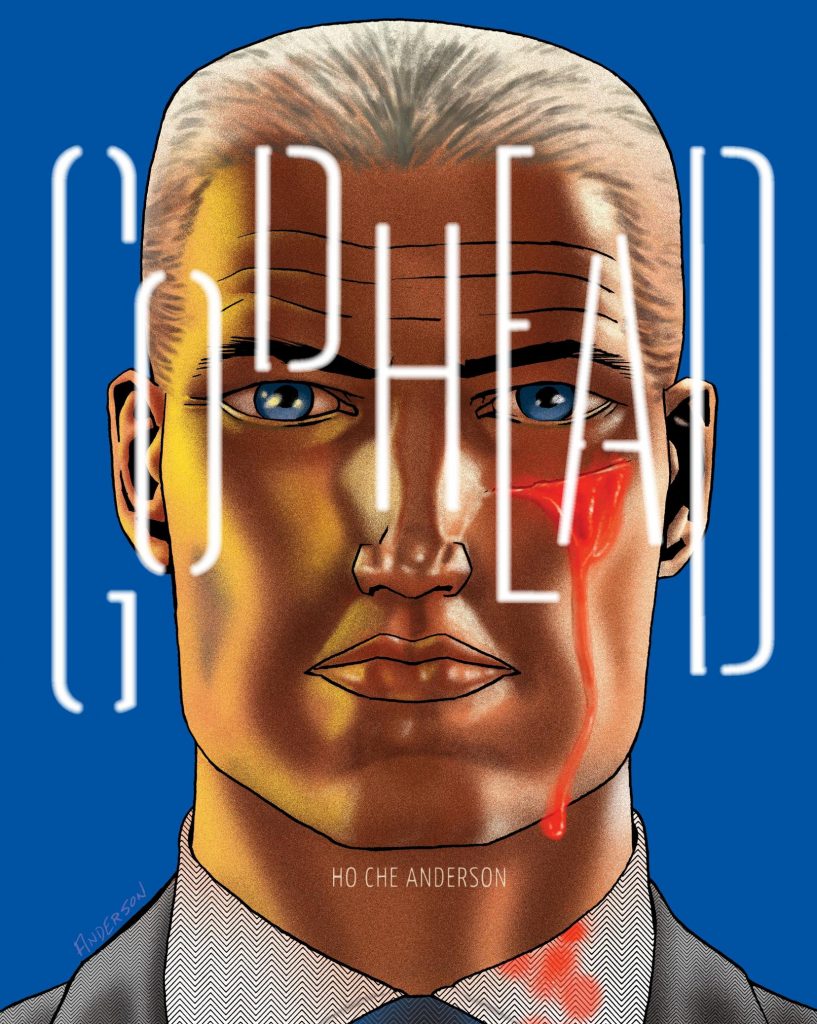 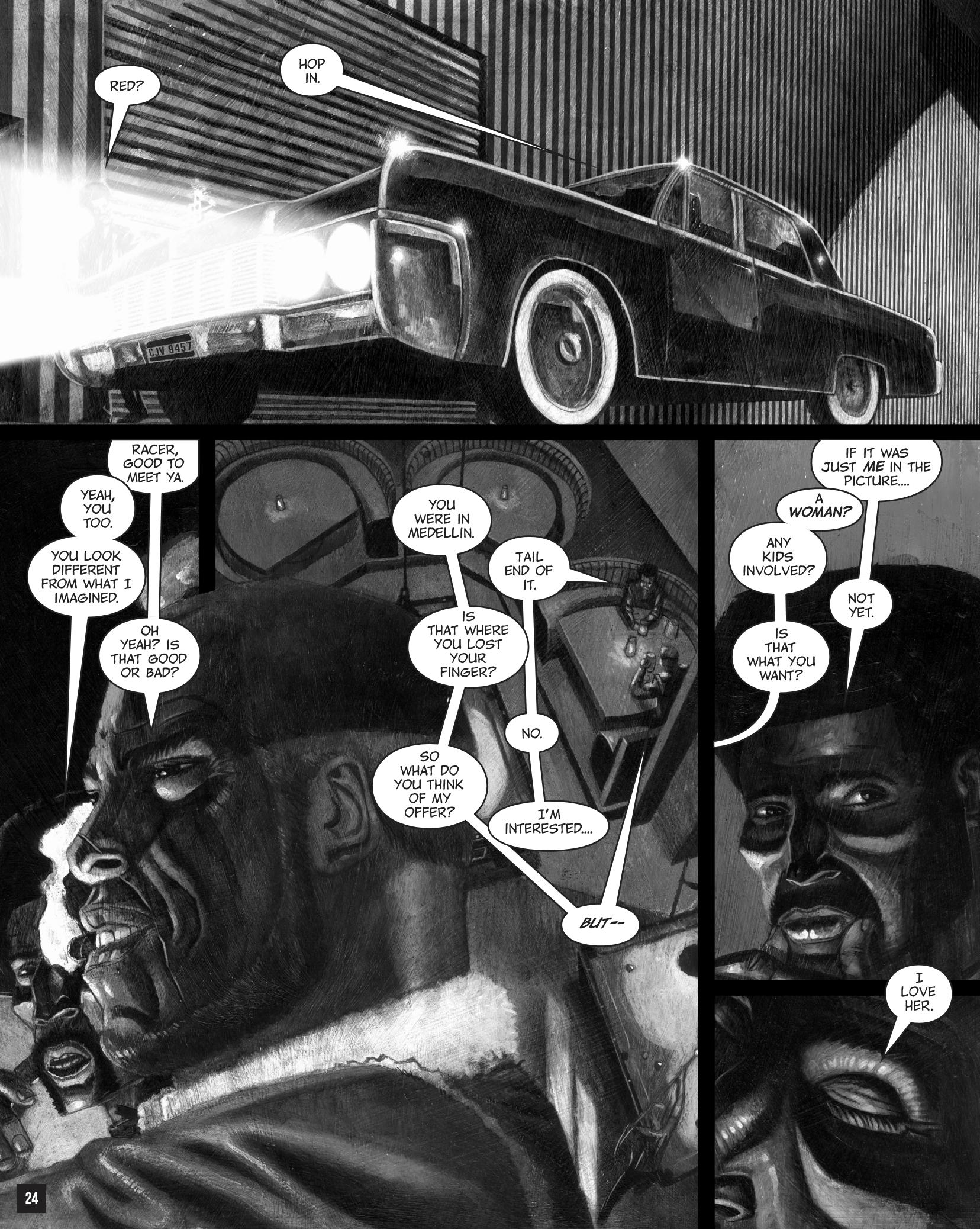 Birdey Brooks has a security CV impressive enough to see her appointed as the personal protector of a company CEO who has recently been abducted and roughed up. The abductor is an angry man who knows his target, yet released him with minimal damage, the event serving no apparent purpose. The police have been unable to apprehend anyone, although one Randall Calhoun, who’d prefer to be called Racer, is a subject of interest.

Until now Ho Che Anderson’s graphic novel output has been slim, and primarily factual, but always with a weight and density given full bloom here. Godhead isn’t too far removed from dystopian SF thriller territory, what with its trappings of the future and militaristic cast, yet avoids genre cliché by dealing with a lead character puzzlingly bereft of personality, almost a mirror to those he deals with. The never named CEO heads a company on the verge of completing a breakthrough to top all mankind’s discoveries. It’s a phenomenal idea, and one only spelled out late in the book, yet presumably for reasons of marketing trumping reader suspense, the back cover blurb discloses the secret. There’s not much of it, but you’re better not reading it and taking Anderson on trust. The blurb is is all the worse for not bothering to mention Godhead isn’t complete in this book, which only presents the opening two chapters. At 140 story pages there’s no short changing, but a heads up would have been nice.

Visually, Anderson builds a strange and disconcerting world, using contrasts at every possible opportunity. Characters stare at themselves in mirrors, classic cars mix with the technology of the near future, abstracted grey wash art featuring dark and angular people mixes with standard pen and ink, and the look of the content, even when presenting a clean future, is at odds with the primal brightness of the cover. Further contrasts manifest in the plot where criminals are mixed with sanitised corporations, ones claiming the high ground, yet indulging in dubious business, and at its heart Godhead presents the clash of science and religion. The art is darkly impressive, yet with constant nods towards others. Echoes of 1960s Marvel artists Steve Ditko and Jim Steranko combine with a feel of the underground action art of Spain Rodriguez. The project was originally planned as colour, bonus pages in the back of the book presenting what had already been completed, and the decision to switch to black and white was correct. Anderson’s colour work is vivid, and the black and white pages so much more atmospheric.

Anderson sets a lot in motion, and until the conclusion it’s not possible to know if there’s a purpose to lingering scenes that inform about characters, Racer in particular, yet transmit as diversions not entirely necessary for our understanding of who people are. The broader plot appears to have burst open by the final story page, but there’s plenty left to discover, and Anderson’s ensured we want to know. 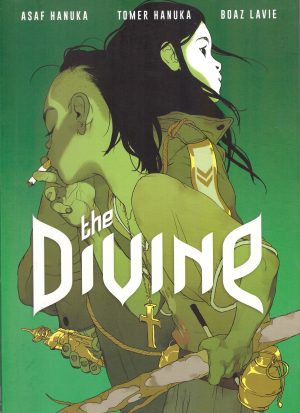