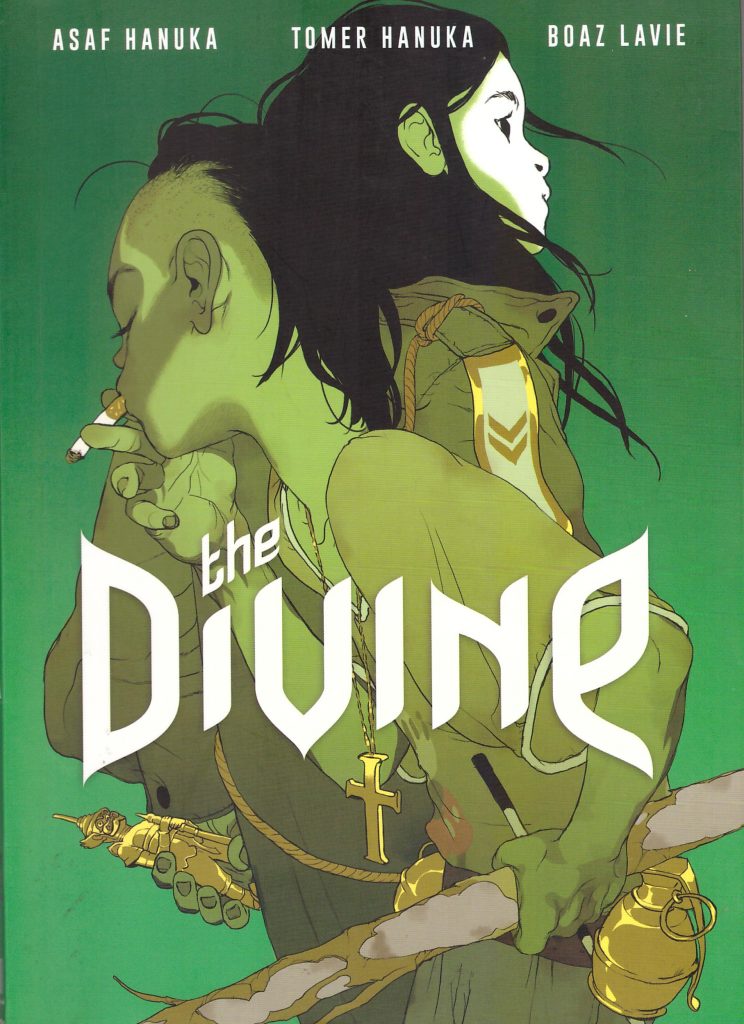 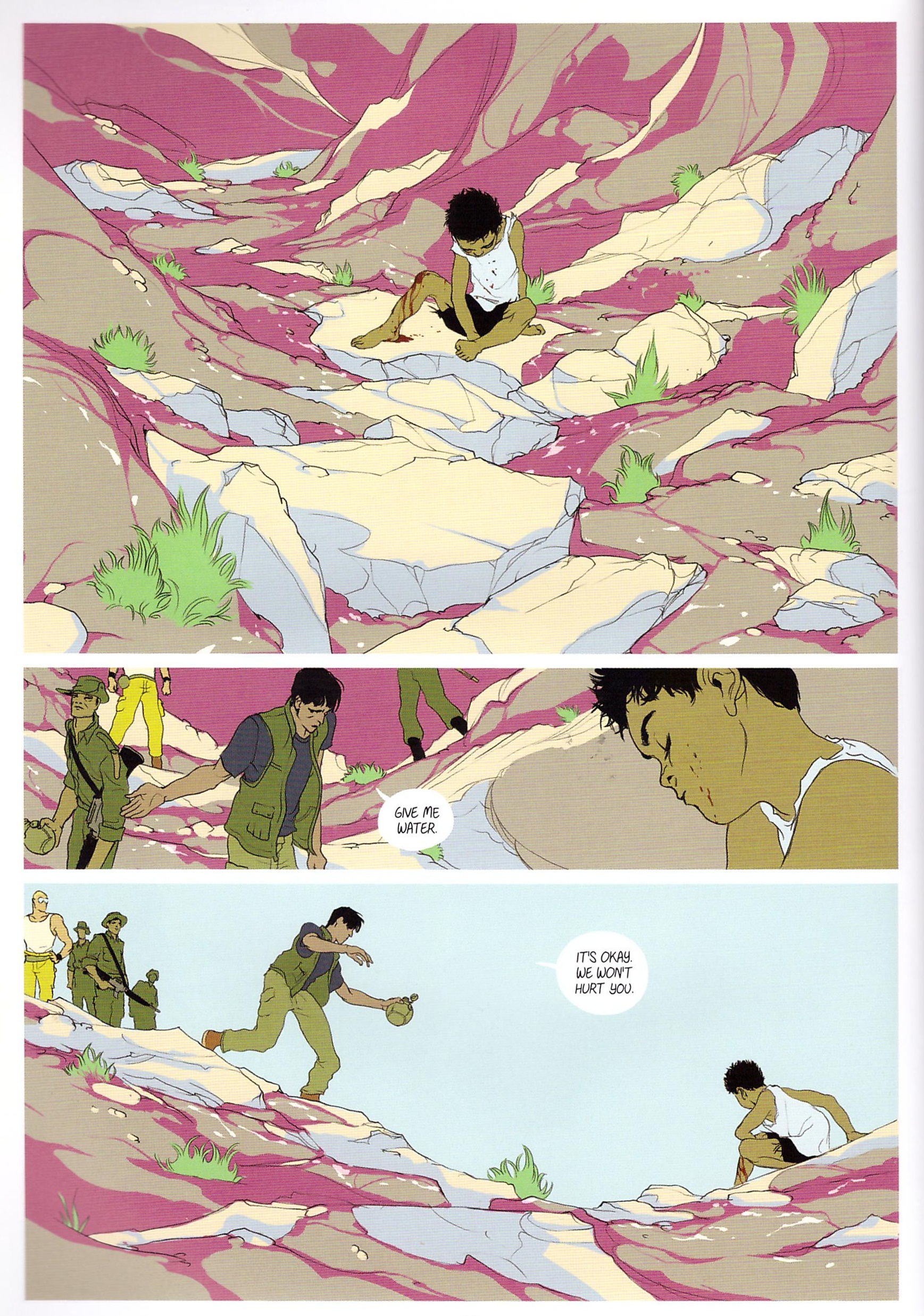 The Divine is a graphic novel that confounds expectation. With the stock characters introduced in the opening section it’s difficult not to expect a standard action thriller of the guy with scruples making his way to the end having learned a terrible lesson, while his morally suspect companion gets his in the last reel, possibly having seen the error of his ways. That’s almost the way it plays out, but beyond the bare skeleton, from the midway point it surprises.

Mark is the man with a conscience. He’s left his career in military explosives behind, settled down, and he and his wife are expecting their first child. Still, a little more money always comes in handy, so when his former army buddy Jason comes calling with the offer of $50,000 for one job demolishing a mountain in a small South-East Asian country, what could possibly go wrong?

The back cover credits writer Boaz Lavie as a film maker, a description that flatters to deceive, although his one short film six years previously was screened at several festivals. He takes a cinematic approach with The Divine, his sparse script working almost entirely in dialogue with just the opening featuring narrative captions, and so allowing the very capable artists to tell the story speech free when necessary. Lavie disguises elements of later importance well when introduced, expands from the action thriller into strange, spiritual territory, and features several visually arresting elements.

Artists Asaf and Tomer Hanuka are superb. They’re bold with their colour schemes, yet understated when it comes to the story’s largest menace, and their loose and slightly distorted style is very effective in conveying a sense of unease among the general brightness. They make full use of ancient warriors, and the striking cover image is key to the entire book. It’s based on a widely circulated picture of Burmese twins leading an army against government troops around the millennium, their followers believing them to have mystical powers. Although not introduced until well into proceedings, their involvement lifts what was becoming a plodding story, and from that point it’s wonderful. Characterisation is never more than surface deep, but eyes are drawn all over the page as Lavie’s plot starts to surprise and the artists astonish.

Much of the First Second line is aimed at young adults, but that’s not exclusively the case, and The Divine is very gruesome in places, although inventively so. Caution is advised.