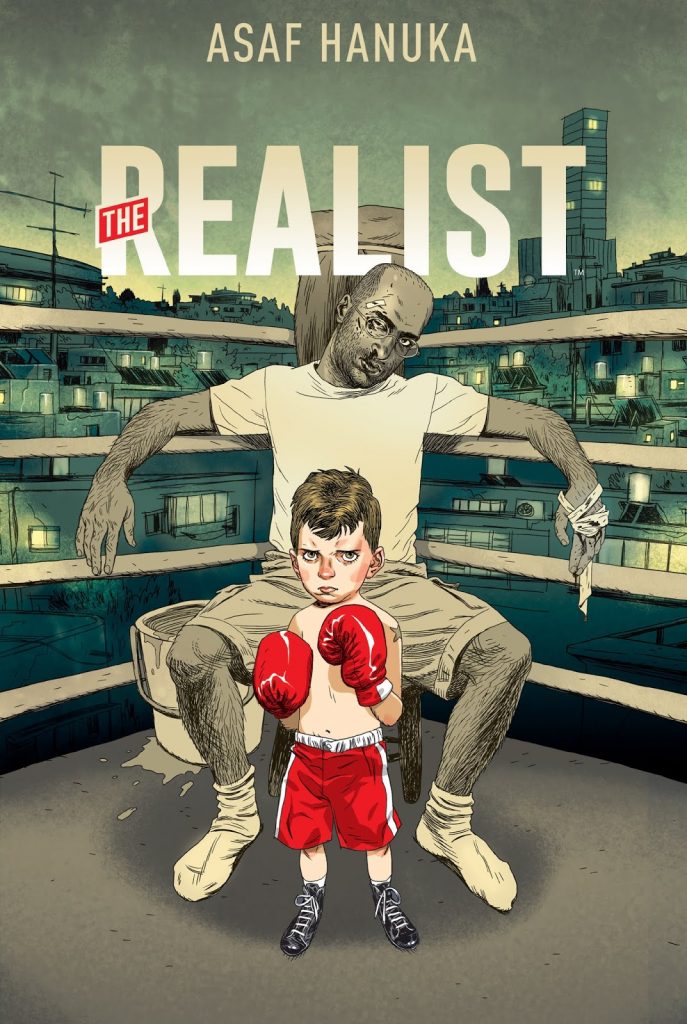 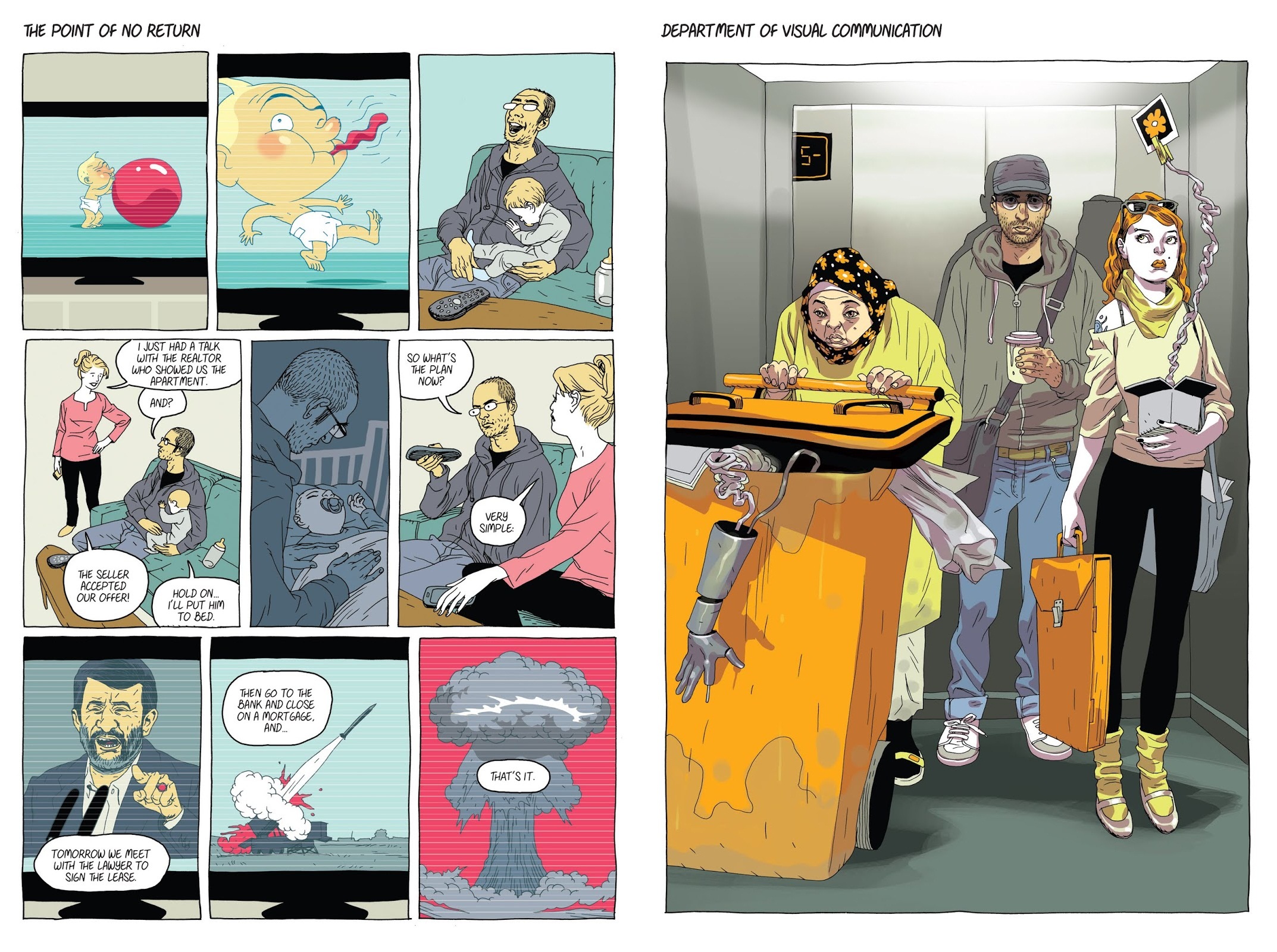 The Realist began life on Asaf Hanuka’s webpage, produced come rain or shine at a page week as he worked on other material. Interviewed about them on Comics Beat, he notes the weekly discipline as having an appeal, the deadline ensuring he didn’t overthink matters, just putting down whatever was in his head during a particular week. The results are captivating, seriously funny at times, and oh so beautifully drawn. That the strips are primarily autobiographical, although also with fantasy elements, is connected to the immediacy of their production. The starting point is Hanuka working at his drawing board when he takes a phone call from his landlord informing him his Tel Aviv flat is to be sold. He and the family will have to move out. This releases other anxieties, and illuminates a theme running through the book. Hanuka may be a first rate cartoonist, but he portrays himself as lacking verbal communication skills.

While autobiographical strips predominate, the premise is flexible enough to incorporate whimsy, some plain enigmatic pieces, and some possibly requiring a more in depth knowledge of Israel and its problems. Others are more universal, such as Hanuka’s shadow in an open doorway as he watches his sleeping son. Hanuka combines comics with a parallel career as an illustrator, and it’s not uncommon for strips to be supplanted by a full page illustration. The tone also varies throughout, Hanuka’s superb compositional skills providing a consistency for always intelligent work that can veer from an out an out gag strip working from set-up to punchline to a damning comment on social injustice. Others are metaphorical or play with the form, and his colour choices are extremely effective. Reading through The Realist it occurs how rarely any comics work prioritises bright colours, and time and again Hanuka’s use makes an impression, whether it’s just vivid, colours used as highlights on an otherwise dark background.

No narrative thread connects the strips, but there are thematic connections, an underlying humanity predominating, and a sardonic eye that’s not easily seduced by the superficial. Hanuka also provides his own analysis, caring about humanity in general while simultaneously distancing himself, often even from his son’s unfailing emotional honesty. Time after time he’ll nail a feeling. A nice piece of allegory is an illustration of his young son operating a Punch and Judy show with representations of himself and his wife quarrelling. A strip titled ‘The Secrets of Success’ shows Hanuka struggling to reach a red carpet running through a crowd who then applaud him. The end of the carpet leads to a cliff edge and when he reaches it he’s given a helping boot. It’s a neat comment on the transitory nature of acclaim.

The constant transitions and observations provide a textual density, but there should be no expectation of narrative neatness. The Realist is as Hanuka presents it, inviting us into his world to illuminate via what’s on his mind that particular week, and while the autobiographical pieces provoke a sympathy and curiosity, there’s not necessarily any closure. Strangely, the only weak material is the closing ten page strip in which Hanuka extrapolates the future of 2031. Extending his fears and observations over a greater length dilutes them. It’s wonderfully drawn, though.

This has been no short term project for Hanuka. Over three years work is presented, and a second volume followed in Plug and Play. 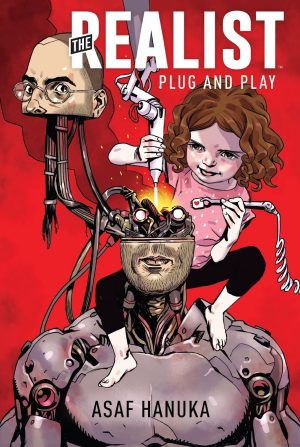