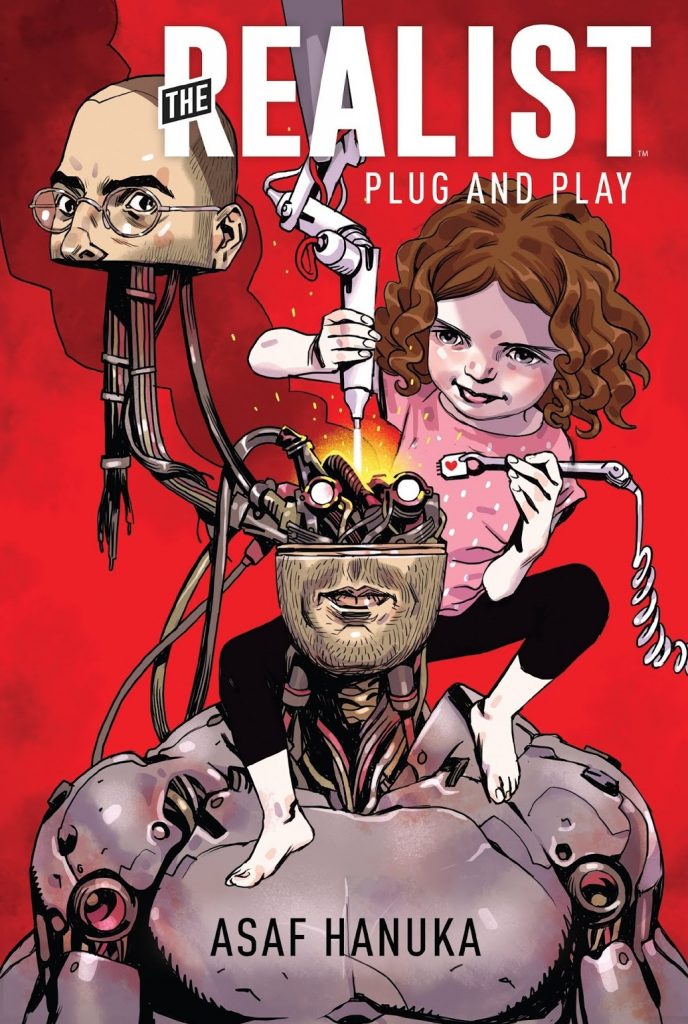 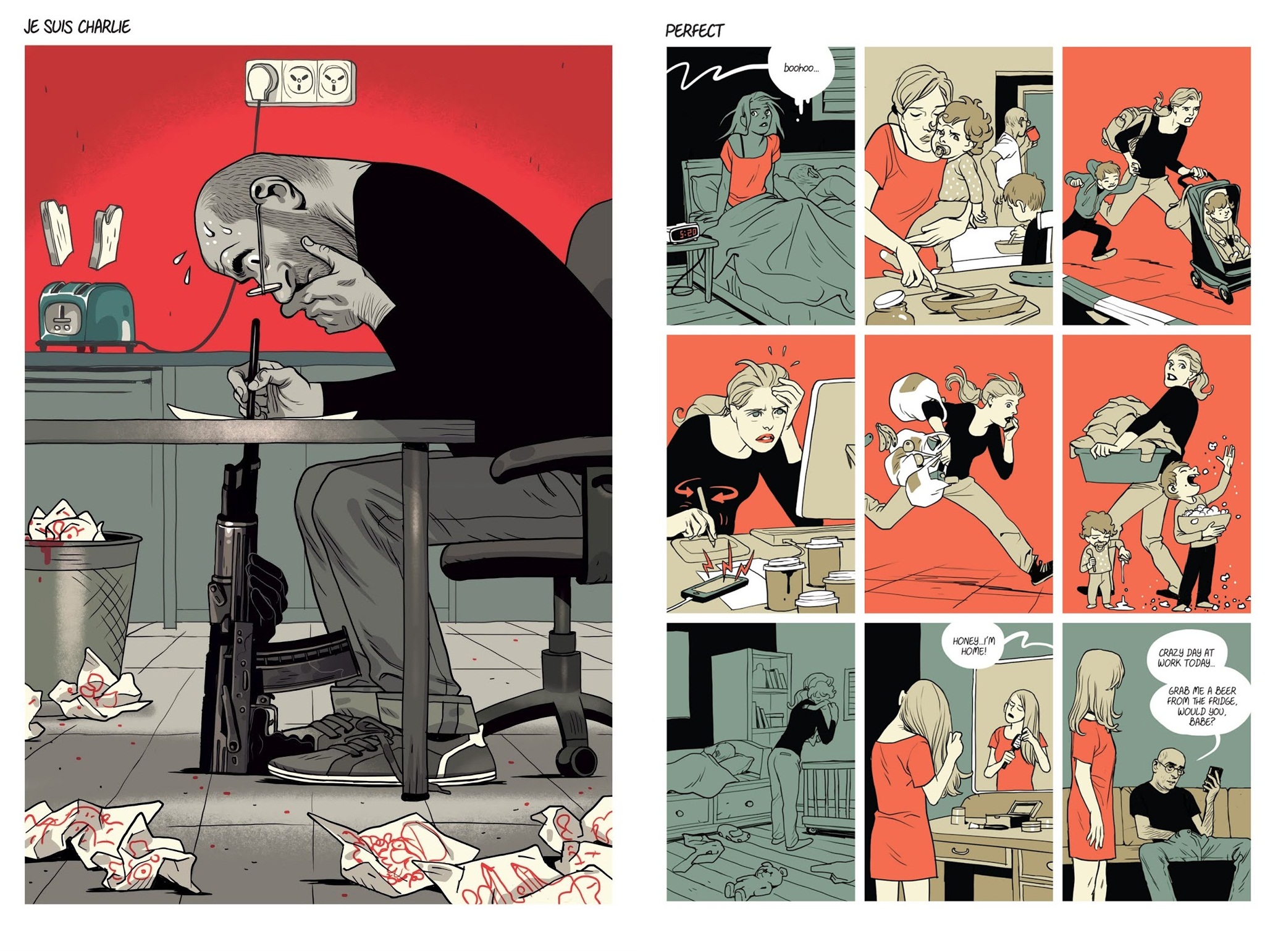 Even far slimmer than the first volume, a second collection of The Realist from Asaf Hanuka is very welcome, and anyone who enjoyed the first ought to like this. As before, Plug and Play originated as the discipline of a weekly web strip with the content being whatever was on Hanuka’s mind at the time, so although there are narrative threads, closure is largely absent. The largely one page strips are alongside accomplished illustrations, Hanuka particularly adept at encapsulating an idea. He might have been struggling to compose something appropriate for the Charlie Hebdo massacre, but the one page picture exemplifying his struggle to do so is worth any number of strips from creators rambling about lack of inspiration. It’s seen as the left hand sample art.

So much of what’s presented is utterly dependent on Hanuka’s unique responses to what’s going on around him, and increasingly those of his son, now a little older and with an inquisitive nature capable of stumping even informed parents. He even collaborates on a couple of pages. The process seems so effortless: stimulus comes in and the strip emerges, one strip even likening the act of creation to making pancakes, but that’s an illusion. Hanuka may occasionally transmit as a conceptual genius, but other strips show the hard work of producing the content. Even more concern the hard work of raising two young children, several sardonically playing on the ages-old attitude of considering a wife does nothing if left at home.

The quality is surely non-negotiable, and another unique aspect to anyone outside Israel is Hanuka explaining day to day life in Tel Aviv. Do Eddie Campbell, Jaime Hernandez or Lewis Trondheim have to take their family to bomb shelters on occasion? Hanuka’s Jewish grandfather moved to what became Israel in 1918, yet as someone of Kurdish extraction living there now Hanuka is well aware of how he draws suspicious looks. While the content is individual, not political, a fair amount of Plug and Play occupies itself with identity in Israel, and the problems the nation has. There wasn’t so much of that in the first collection, and there’s also more of Hanuka’s personal reflections and less obvious gag strips, although humour is present in almost every strip, even if it’s just the drawings. Hanuka is endlessly imaginative when it comes to variations on his own head, and he’s wonderful at capturing expressions exactly nailing a mood, especially enjoying his three year old daughter’s heart on her sleeve tantrums.

Hanuka continues to produce personal strips on his website, although the pace seems to have slowed from weekly updates as of writing. They’re always thoughtful and engaging, and beautifully drawn.