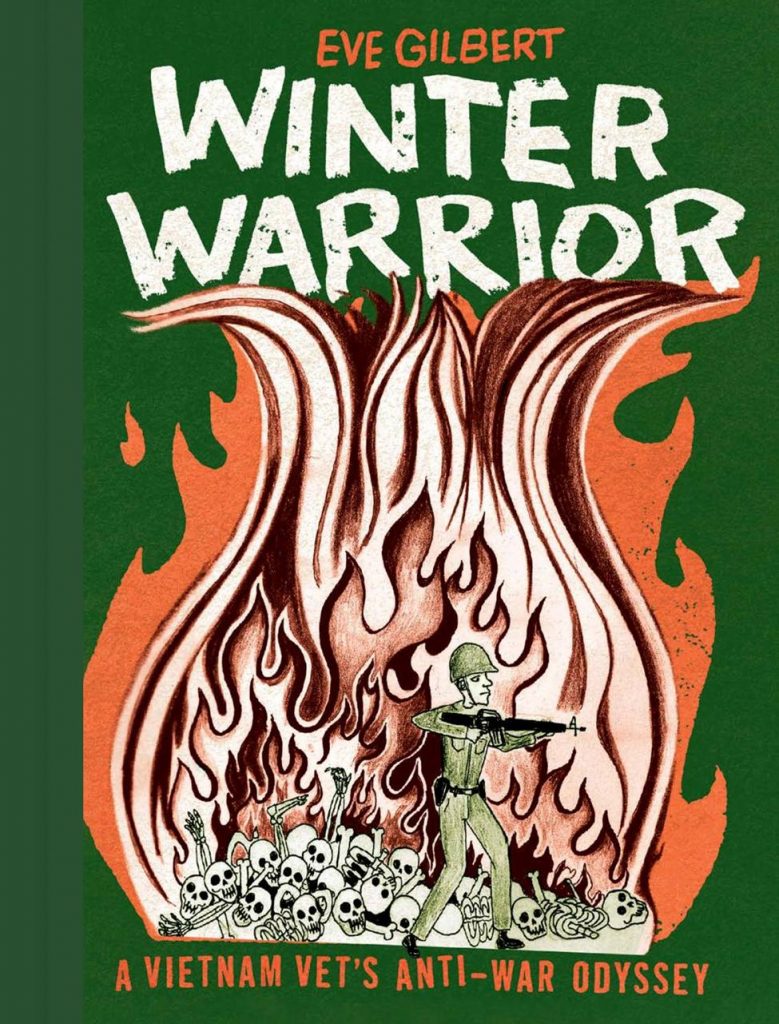 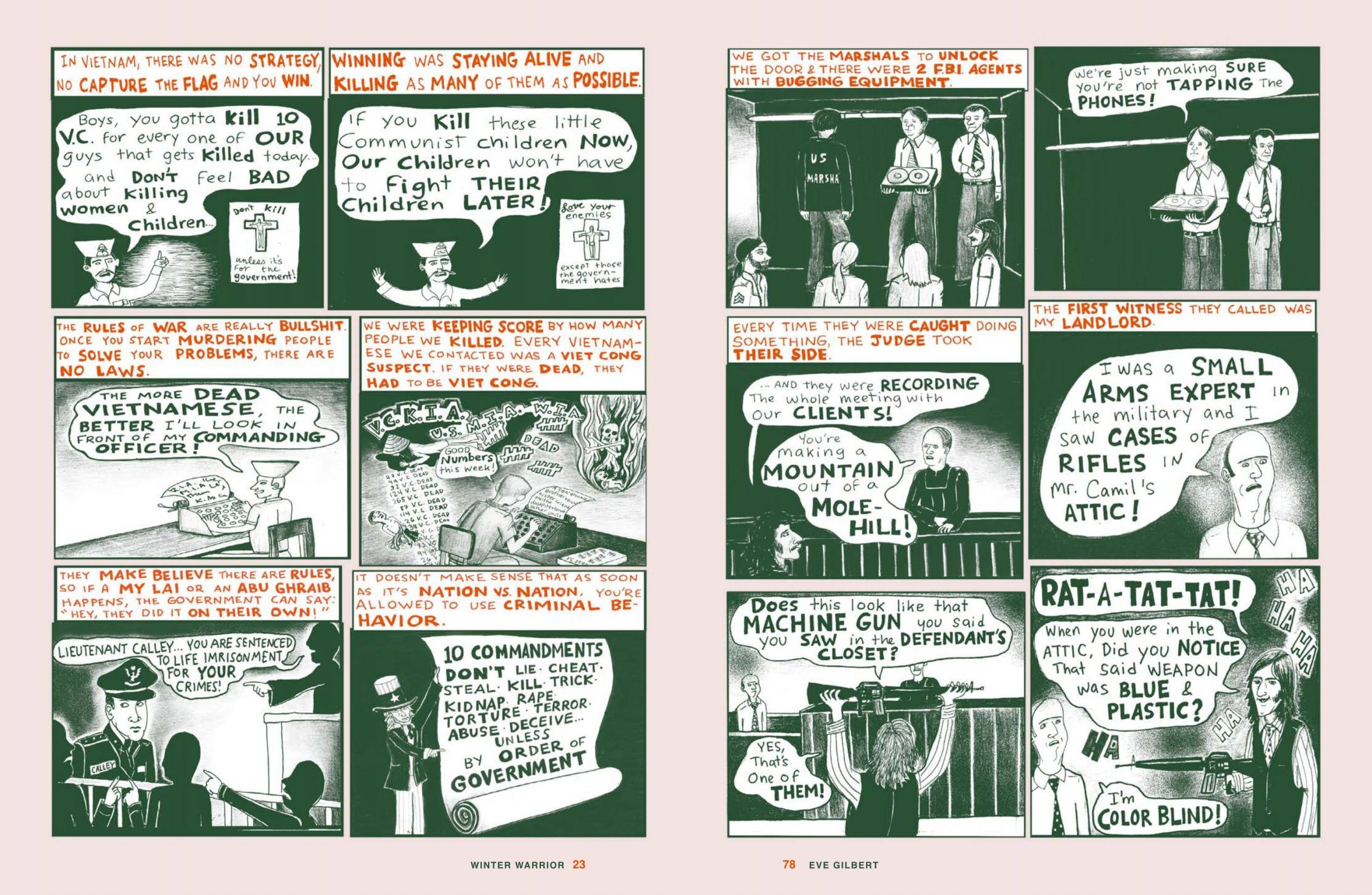 At first it seems as if Eve Gilbert is staking her own claim in Winter Warrior’s opening panels, except this isn’t her story, as is clear from the end of the page, and the narrative voice belongs to Scott Camil, who’s spent most of his adult life fighting injustice. He grew up in the 1950s obeying the duck and cover air raid precautions and learning to hate Communists because he was told the ideology was evil, before falling for the trap that girls love a man in uniform.

While Gilbert’s name is cover credited, it’s puzzling that Camil isn’t as he’s the dominant partner in what may seem a slim hardcover, but it contains a lot of reading. It’s never explained if Gilbert is presenting a first person narrative putting words in Camil’s mouth, or adapting his own words, but it appears the latter as the connection is via the narrative caption and illustration, not a dialogue-led progression. While Vietnam war stories aren’t unique as graphic novels, Camil’s able to see through the dehumanising process via which ordinary Americans are processed to enable them to serve a tour of military duty, with no concern about a tap turned on that can’t be turned off. There’s always another intake. That insight, though, is provided by hindsight, as the younger Camil volunteers for service in Vietnam, believing the propaganda he’s been fed as he grew up. Roughly a third of the graphic novel concerns his experiences there, appalling, stupid and misguided, the world no safer after almost twenty years of American involvement, a lesson the USA never learns. Beyond his return home we learn how Camil’s views were gradually reconfigured to form the latter day activist, and of his formative anti-war campaigns during the 1970s.

Hindsight is a constant accompaniment to Camil’s narrative, explaining his early naivety and later concerns. Gilbert supplies everything in a simple, detached way, along the way constantly including information via handouts and blackboards. Military atrocities are thankfully desensitised for being drawn as if child’s war comic, but the language is stomach-turningly explicit and inflammatory, how Camil would have talked at the time.

Camil is able to consider what so many other Americans can’t, how Americans would feel if what was carried out in the name of protecting the USA abroad instead occurred in the USA committed by invaders. That open mind serves him well when overcoming the obstructions routinely placed in front of protestors, but beating trumped-up arrests and charges isn’t always easy and takes a toll. Winter Warrior builds a picture of a man who may not always be sympathetic or likeable, but has dedicated his life to exposing injustice and manipulation. Even seasoned campaigners will learn something new from the dirty tricks he exposes, especially from an extended trial sequence.

Winter Warrior ends by explaining how Camil returned to anti-government agitation in the late 1980s, discovering very little has changed other than updated methods. Much effort is currently expended on blurring discussion, a current example being how criticising the Israeli state is so often shouted down as anti-Semitism, and while that argument rages it’s business as usual. How much sympathy anyone is going to have for his activities is entwined how open their eyes are, and how much they care about what they know. His story is inspiring, and sadly necessary. As Camil notes, accountability is related to public outrage and there’s not enough of it these days.