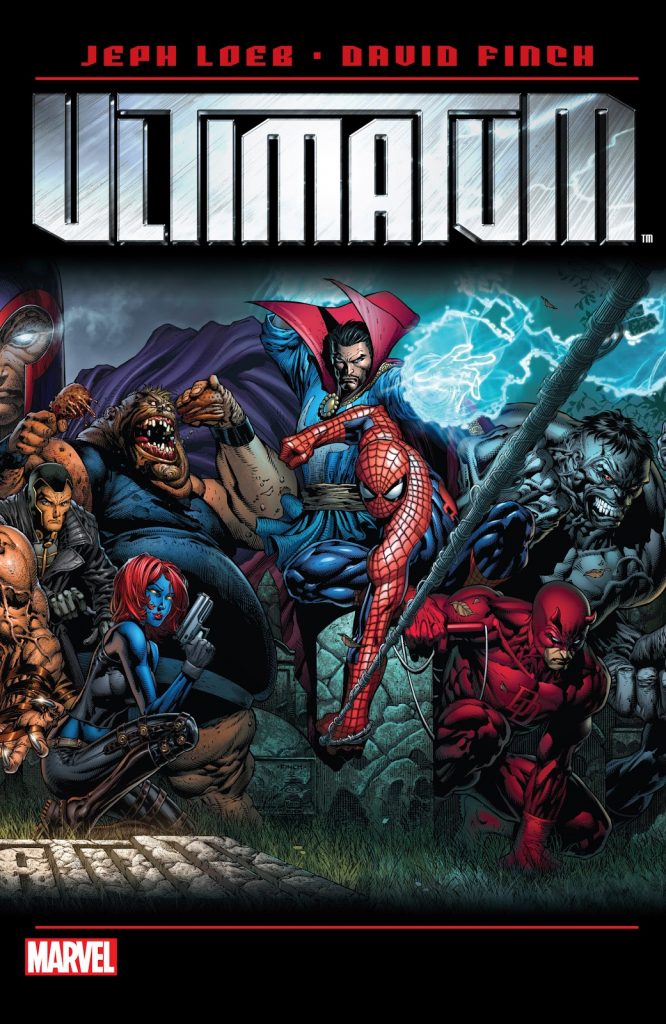 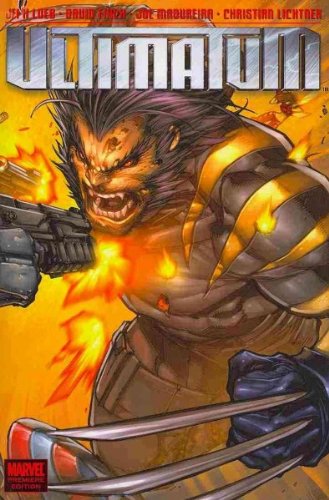 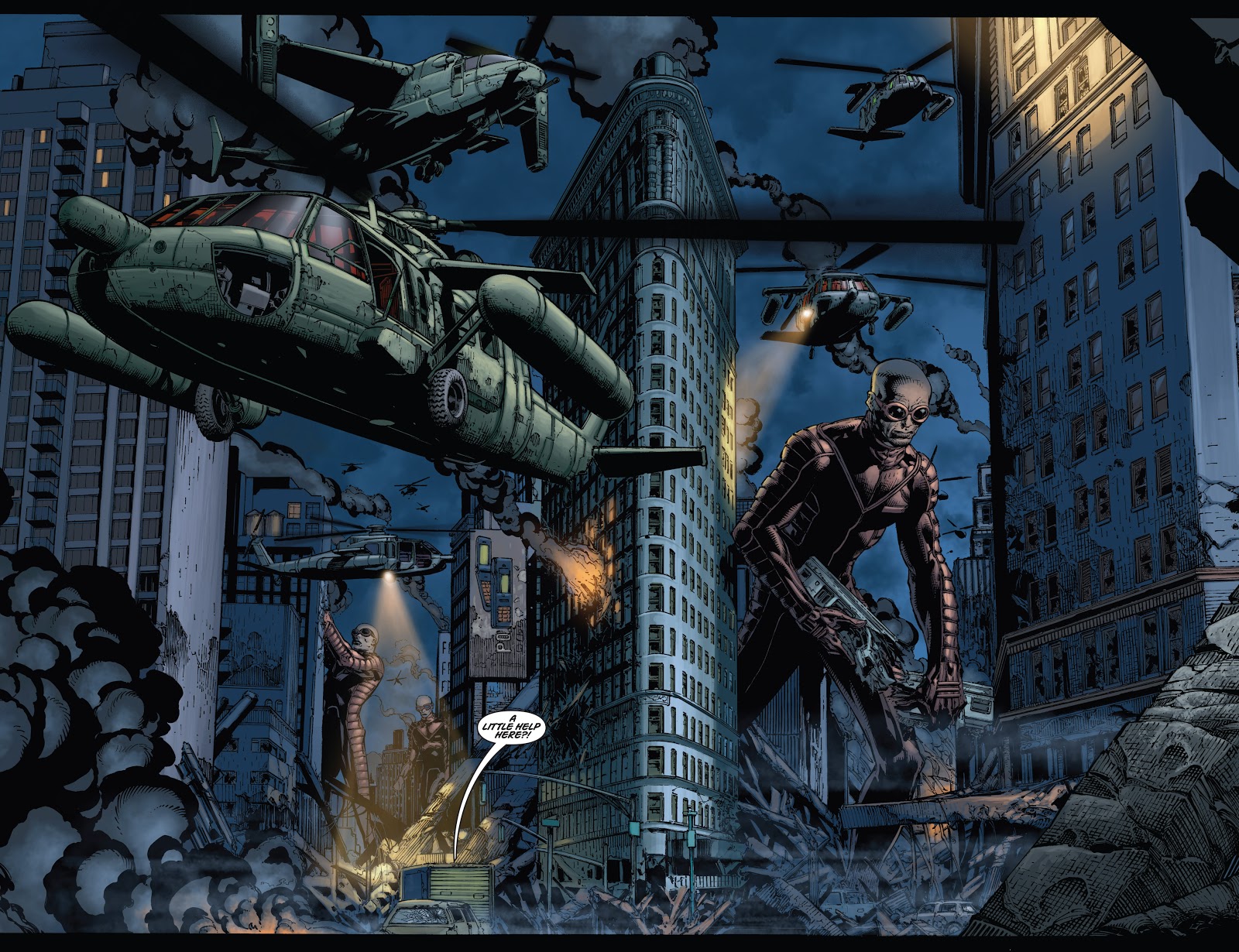 Ultimatum was a project designed to shake up Marvel’s Ultimate line, which had begun as fresh and interesting, but after ten years of stories featuring alternate versions of Marvel mainstays, the differences were increasingly superficial. It fell to Jeph Loeb and David Finch, and proves to be a vastly unequal partnership.

The opening chapter dots about between the Ultimate universe’s primary characters, the Fantastic Four, Spider-Man and supporting cast, the Ultimates, and the X-Men. It’s the calm before the literal storm, intended to introduce the characters and their personalities before a massive tidal wave breaks over Manhattan. However, what manifests is a dozen pages of really forced dialogue, all too glib, and not always representing the characters as we know them. Meanwhile Finch is bringing those people to glorious life, providing commendably detailed spreads and a cinematic reach. However, he’s not entirely blameless for Ultimatum’s poorer content, responsible for an astonishingly gruesome spread illustrating the already distasteful idea of super villain cannibalism. The shock is not at the stupid idea, but its explicit depiction, and there are pages where the gritted teeth and bulging, impossibly muscled necks Finch provides are plain ugly, working only on the Hulk. The inking from Danny Miki isn’t helpful either.

There’s little improvement in the scripting as Ultimatum continues, which is a shame because the ideas propelling the core plot have weight. What Magneto unleashes is devastation the likes of which hasn’t been seen in a Marvel comic, and the trail back and back to who unleashed the killer bullet is clever. However, the execution is often woeful. The initial attack leaves several heroes the worse for wear, and those who’ve been unscathed have bickering conversations revisiting old disagreements. Moments of genuine surprise and invention beyond the cheap shocks are few, although what happens to the Human Torch is interesting. On the other hand we have ludicrous strained philosophical debates during the big smackdown near the end. The big revelation to Magneto is an interesting idea, yet it’s made by someone bolstering his threat with a metal revolver, which is no threat at all to the Master of Magnetism. Magneto’s reaction to the revelation is preposterous as the news barely undermines his stance, and ought to just revise it. It leaves the most satisfying sequence overall the mop-up at the end, setting up future plots for the now revised Ultimate titles.

Several other graphic novels tie in with Ultimatum, slipping their stories between the gaps here, produced by their regular creative teams and concentrating more on the title heroes. Ultimatum: Ultimate Fantastic Four and Ultimate X-Men combines their stories, Ultimate Spider-Man: Ultimatum enlarges on the sequence of Spider-Man meeting the Hulk, and Ultimatum: Requiem deals with the aftermath. March on Ultimatum is a separate story supposedly built on an attempt from the future to prevent the events of Ultimatum happening.