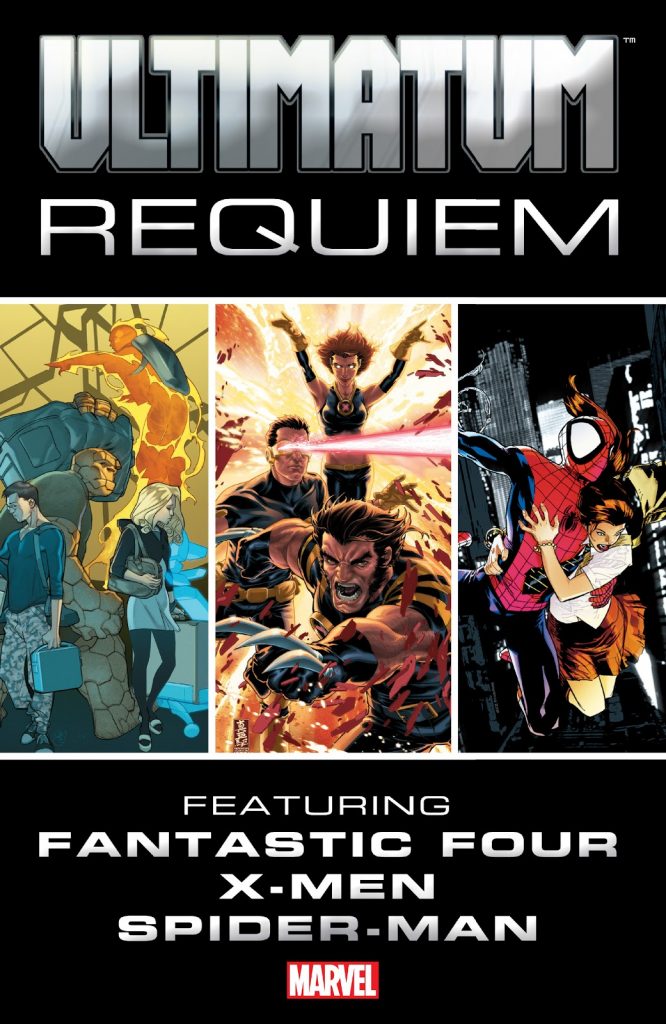 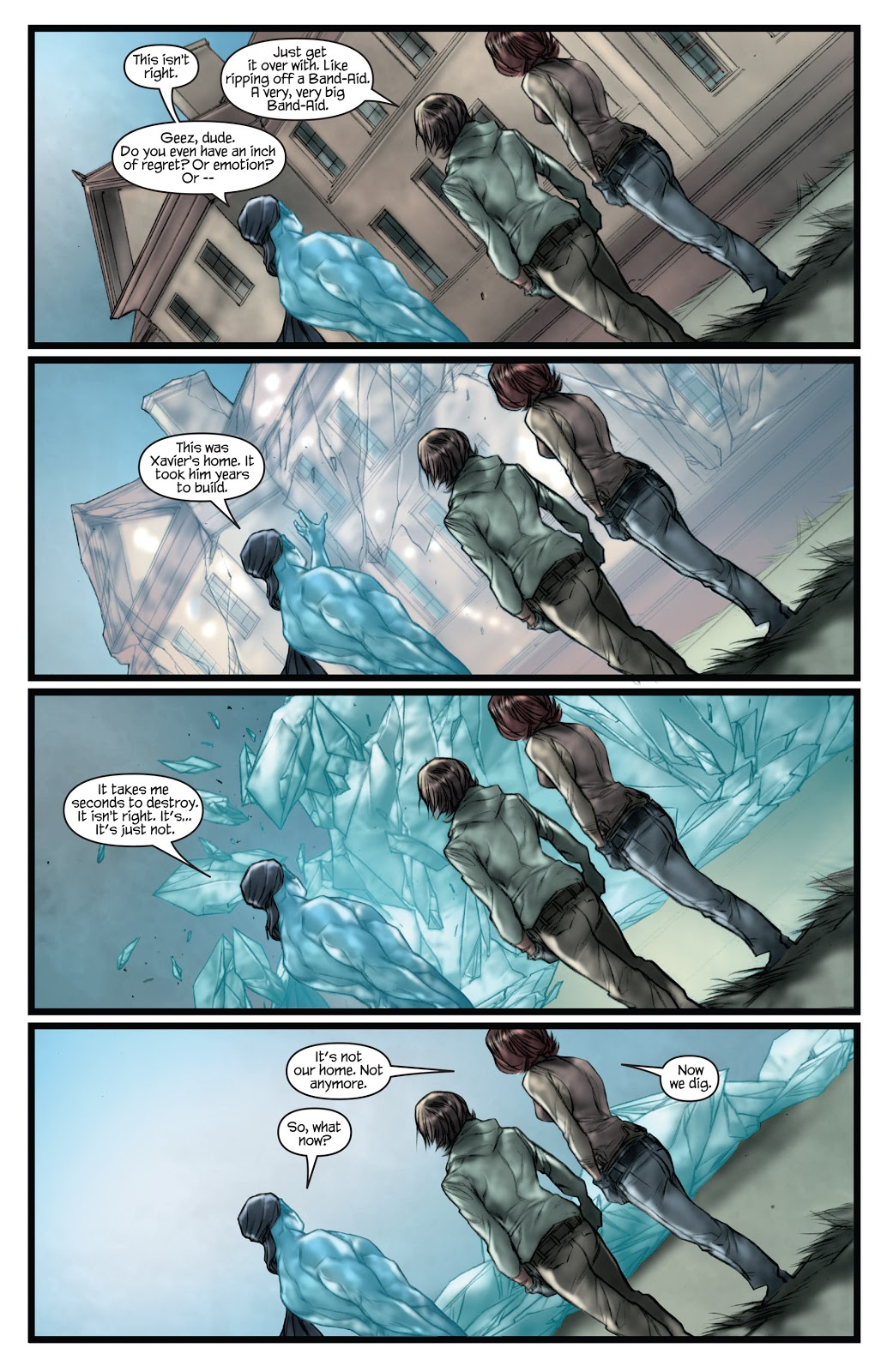 Ultimatum: Requiem continues from Ultimatum and looks at what’s left of Spider-Man, the Fantastic Four and the X-Men, Ultimate universe division.

By some distance the best content is Spider-Man and his supporting cast in the opening two chapters by the regular Ultimate Spider-Man writer Brian Michael Bendis, the first regular Ultimate Spider-Man artist Mark Bagley, and also his successor Stuart Immonen. It’s a rare chapter of theirs that didn’t entertain and thrill (not necessarily in that order), and these are two great additions to their canon. Spider-Man features in a good flashback, with the bulk of the story about journalism. We see a smart Mary Jane Watson grilling Tony Stark for the school paper, the Hulk turns up, and J. Jonah Jameson and his staff return to what’s left of the Daily Bugle after a tidal wave swamped Manhattan. As that occurred Jonah witnessed the now disappeared Spider-Man underwater attempting save lives, and proceeds to write his obituary. That’s a brilliant piece of writing, Bendis putting himself in the shoes of a man who can no longer hide the truth from himself and who needs to make a very public apology. The art has the power and sensitivity necessary for both aspects the story, and everything leads to the ending we want.

Ultimate Fantastic Four wasn’t rebooted after Ultimatum, so Joe Pokaski and Robert Atkins are really only there to finish off the dangling plot from the primary story, which they do efficiently enough, but without any great surprises. Still, better this to end a series that ran eight years than nothing at all, and right at the end they do manage to convey the emotional distance between what were once great friends.

Aron Coleite saw out the Ultimate X-Men series, writing the last few chapters, but this memorial chapter is very dry indeed, not given any sparkle by artist Ben Oliver (sample art) for the most part closing the viewpoint into head and shoulders shots for most of the story. There’s some soul searching about the mutants who died, and what happens when the Brotherhood of Evil Mutants show up is about the most predictable course of all. Coleite does reserve a surprise for the final pages, but otherwise this is very ordinary.

The book closes with brief biographies of the dead mutants, presented as if Daily Bugle obituaries. Anyone who loves Bendis’ Ultimate Spider-Man is going to love his chapters here. Anyone who loved the other series can probably do without this. And why couldn’t these chapters just have been included in the final graphic novels of the assorted Ultimate titles?