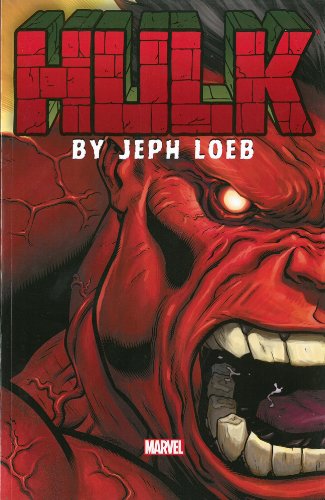 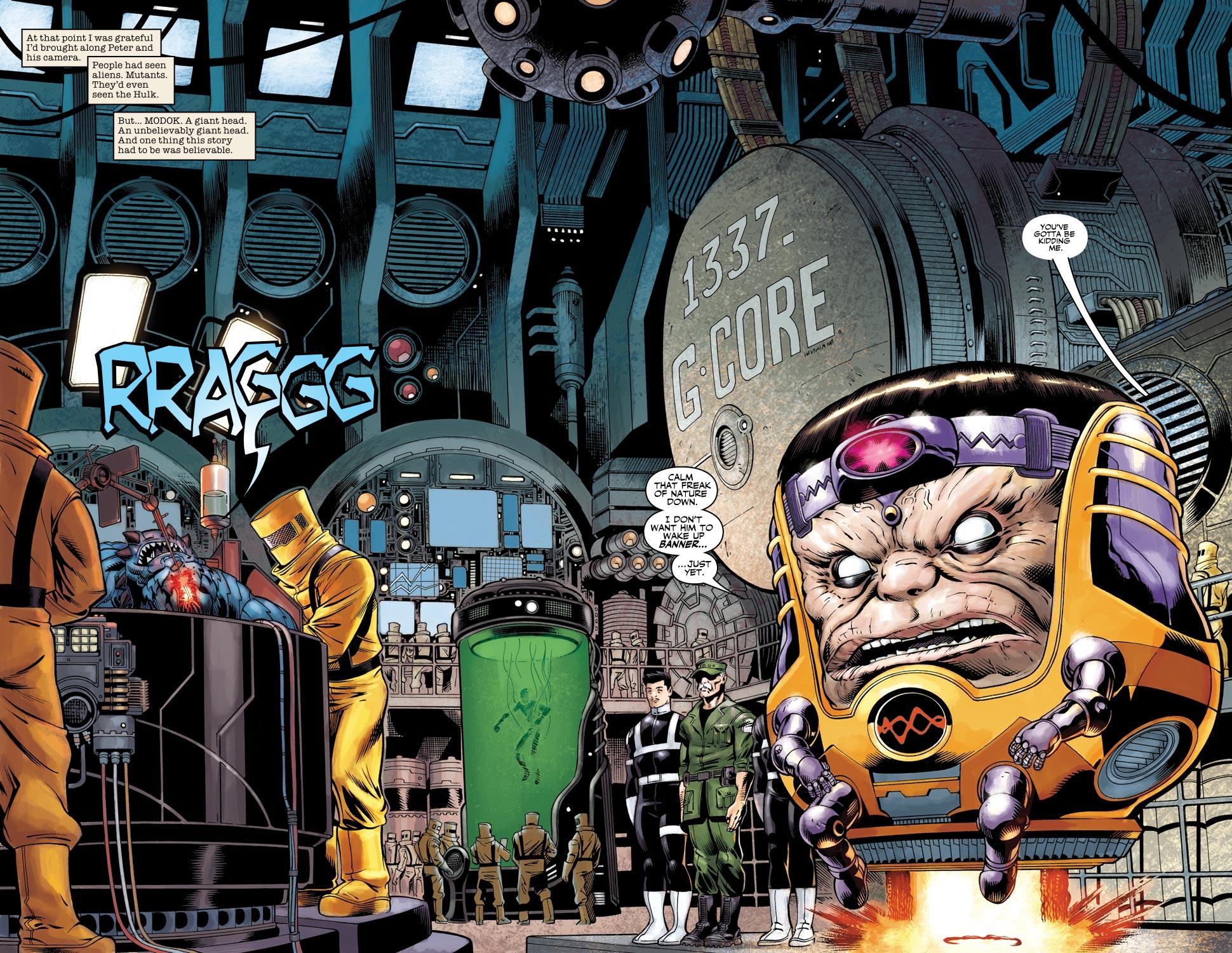 Inheriting the Hulk’s title at the conclusion of the epic World War Hulk pretty well left Jeph Loeb with a clean slate for Marvel’s misunderstood brute. He took on board editor in chief Joe Quesada’s suggestion of introducing a red Hulk, and ran with it.

That Red Hulk and the more familiar green version share the material reprinted here, not merely with each other but with pretty well every guest star Loeb can throw in. Well over a dozen appear, setting the tone for Loeb’s run on the character. Whereas the Hulk had been treated as a separate corner of the Marvel Universe for several years, here he’s back in the centre.

Ed McGuinness illustrates the bulk of the material, never more at ease than when he’s depicting a ludicrously muscled beast, be it red or green, battering the bejayus out of someone. Ask him to illustrate a conversation, though, and he’s on a shuggly peg. He also comes off poorly when compared to the other artists used here, Art Adams and Frank Cho, although to be fair, so would the majority of other jobbing superhero artists.

Loeb very much plays to the strengths of his artists. Cho is given a gathering of Marvel’s more Amazonian superheroines to draw. Pretty well the only sub-plot is the mystery of who the Red Hulk is, and beyond that McGuinness is free to illustrate the Red Hulk battering Thor, Iron Man, his green counterpart, Ares, Sub-Mariner, She-Hulk, Wolverine and even the Watcher. Adams, by contrast, brings a strange delicacy to a tales of wendigos rampaging through Las Vegas.

The Red Hulk’s identity is now known, so as so little else other than brutal combat is on offer here, it’s surely only fans of the artists who’d find this a worthwhile purchase.

Those preferring a cheaper paperback presentation can find the same material collected in Red Hulk, Red & Green and in some of Hulk No More. Everything other than the Defenders story is also found in an another hardback titled Green Hulk/Red Hulk.