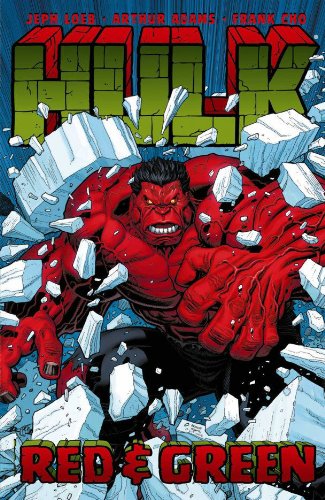 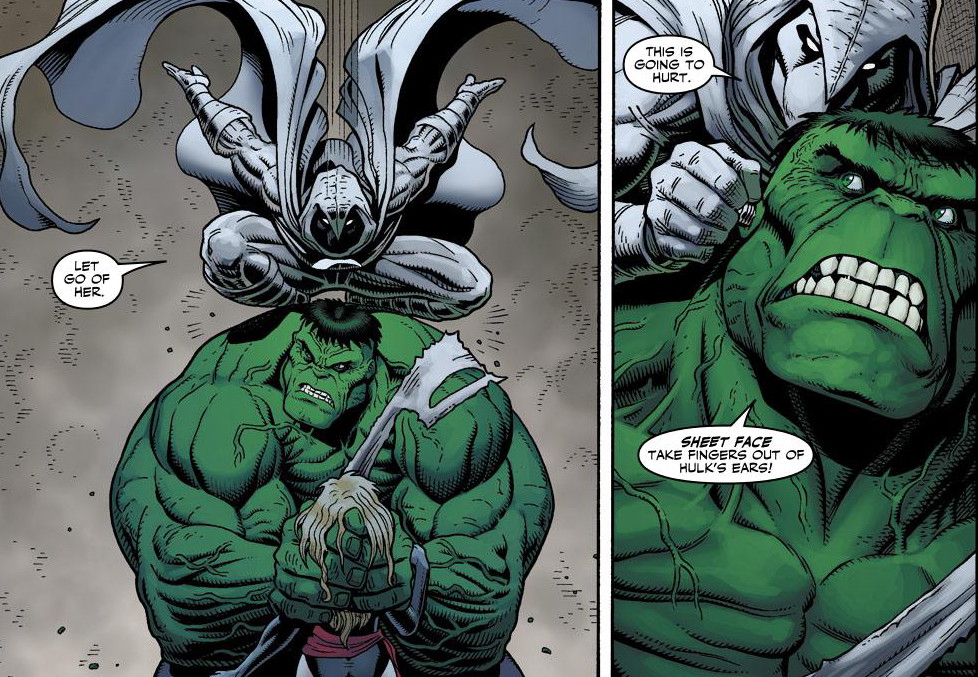 This is more satisfying volume than Red Hulk by virtue of art supplied by Arthur Adams and Frank Cho, each handling a separate tale.

The previous volume introduced the Red Hulk along with the mystery of who he might be, and displayed him battling the strongest the Marvel Universe had to offer and coming out on top every time. The one inconclusive combat was that with his green counterpart. She-Hulk, though, was well beaten and intimidated. Her solution is to gather a group of female warriors to take down the Red Hulk, but it’s only Valkyrie and Thundra who initially answer the call.

There’s little more information on the mystery behind the new Hulk, but it is pretty well established that they’re always in control of their intelligence. While extraordinarily talented, Frank Cho’s illustration is a throwback to both traditional draughtsmanship and cheesecake attitudes that went along with it, and so can be divisive. Writer Jeph Loeb plays to his strength by supplying the Amazonian end of Marvel’s superheroines to draw.

Art Adams illustrates the Red Hulk dealing with pack of wendigos in Canada, and the subsequent consequences as Bruce Banner visits Las Vegas. Adams doesn’t spare the detail in some gorgeously drawn material as the wendigos head on the rampage.

For several years before these stories the Hulk was dealt with primarily isolated from the remainder of the Marvel Universe, so Loeb emphasises he’s back through the inclusion of numerous superheroes. It’s a device already beginning to wear thin, as the Hulk fights not only the villains of the piece, but for attention within his own title. Both stories suffer from particularly convenient last-minute interventions.

The content is also available as an oversize hardcover that combines it with the following volume, Red & Green, and the story continues in Hulk No More. All three volumes are also gathered in the bulky hardcover Hulk by Jeph Loeb: The Complete Collection volume one.