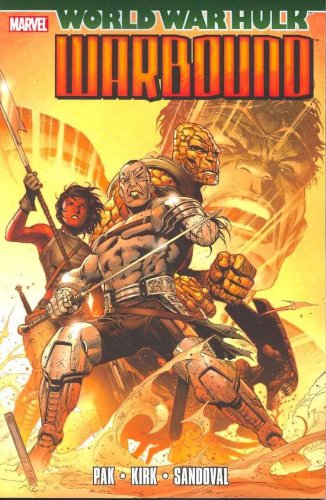 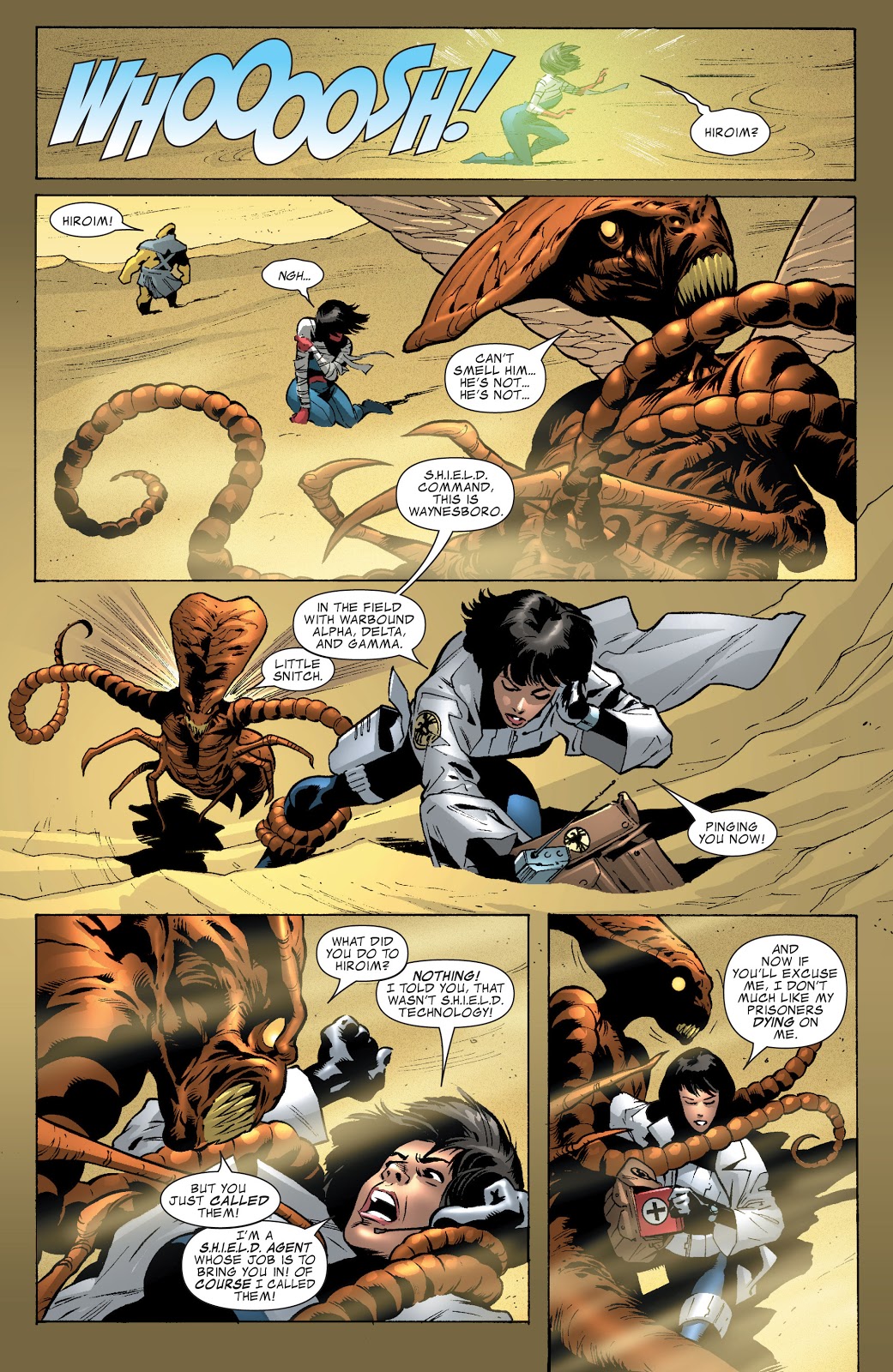 Warbound are the alliance of aliens with whom the Hulk bonded during the events of Planet Hulk. They escaped the gladiatorial pens of Sakaar together, forged a revolution together, and agreed to accompany the Hulk back to Earth to enact his revenge on the superheroes that exiled him to space. The results of that are within World War Hulk, in which all but alien holy man Hiroim pretty well take the role of bystanders until the concluding chapter.

They’re a mixed bunch. Elloi, is a Sakaarian native, Korg a stone man from Saturn, No-Name one of the last surviving Brood, Miek an armoured insectoid, and this book opens two weeks after the conclusion of World War Hulk, with most of the Warbound still at large. This isn’t the case for long, as continual proximity to the gamma radiation emitted by the Hulk enables them to be tracked by S.H.I.E.L.D. Agent Kate Waynesboro. What helps her, though, also aids another, and regular Hulk readers will probably figure who that is before they’re revealed at the first chapter’s end.

Greg Pak is a very linear plotter. There’s not much in the way of foreshadowing as Warbound work their way through a succession of monsters in an area of the desert transformed into Gammaworld. They’re simultaneously attempting to protect the local population, with Waynesboro eventually coming to appreciate their finer qualities. Leonard Kirk draws what’s asked, but when compared to the grandeur and scale of World War Hulk it’s a very poor second. Unless Planet Hulk left you with a desperate need to follow the cast, it’s all mundane. “Sometimes a monster can come in pretty handy”, drawls a very different Waynesboro on the final page, by which point the story has long outlived its welcome.

Slightly better are the shorter Rafa Sandoval illustrated strips. These are largely pointed morality tales giving background on the cast before they met the Hulk.