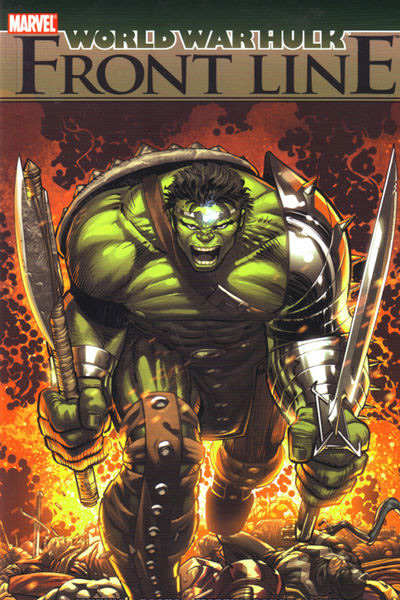 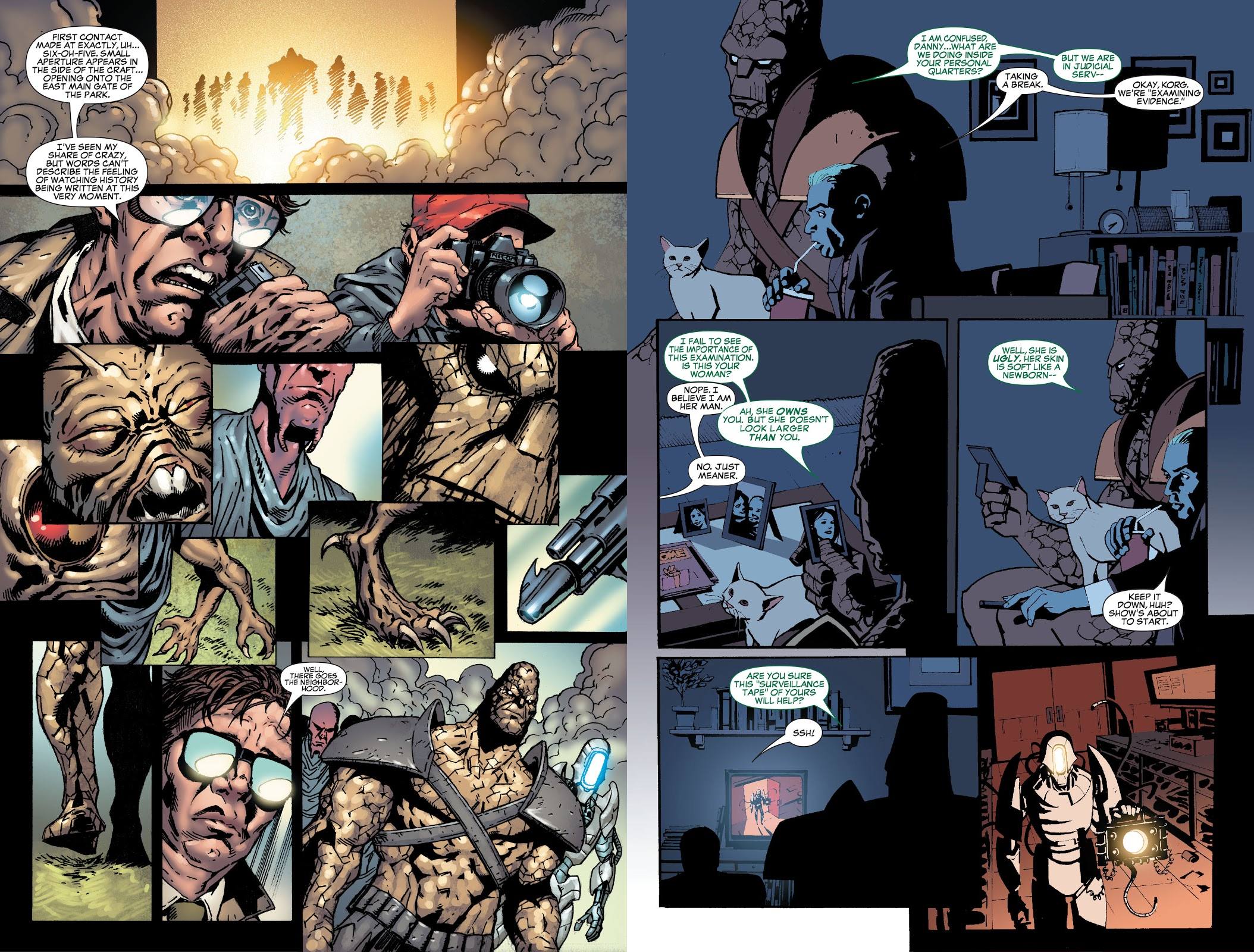 This follows a similar pattern to the precedent set with the Front Line Civil War crossover, as journalists Ben Urich and Sally Floyd immerse themselves in the activity set around World War Hulk. The premise of that is the Hulk is mad as hell after the finest minds on the planet believed they’d put an end to his rampages by sending him into space. He’s returned with allies, vowing revenge.

A mystery is delivered early to Urich and Floyd as a shrouded backer provides them with new premises for their Front Line newspaper in New York, and promises of a massive annual salary, apparently with no strings attached. That plot’s sidelined, though, as Urich and Floyd are johnnies on the spot for a series of pivotal moments, beginning with the evacuation of New York, then the arrival of Hulk’s Warbound allies in Central Park. Artist Ramon Bachs characterises the cast well, and supplies suitably awed bystanders to events as they occur.

There’s a separate series of stories illustrated by Shawn Martinbrough as Detective Danny Granville, Floyd’s partner, is accompanied by giant Sauturnian stone man Korg to hunt down the murderer of one of Korg’s colleagues. “I must know something. Will you join with me in judicial servitude Danny?”, asks Korg, “Will you find my comrade’s murderer bound by the rules of such an endeavor?” Paul Jenkins earns credit for attempting to provide all major characters with a distinctive voice.

Jenkins provides a procedural plot featuring mismatched buddies Korg and Granville, which plays out rather nicely in short segments. The uncertainty of what it might be like to remain in New York under threat of a major superhero battle elsewhere is also well presented, but the character strokes are otherwise too broad and repetitive. Urich is a pessimist, and Floyd is an alcoholic. J. Jonah Jameson is generally well presented, but the ending to the series is telegraphed, and the justification for it (as given) doesn’t really hold up to much scrutiny, while making for a nice character piece.

We also have the a Peter David written prologue, which appears in British editions of World War Hulk. There’s a discussion between the similarly gamma irradiated Jennifer Walters and Doc Samson, while the Hulk is on his way to Earth and reminiscing about his earliest encounters with his enemies. Sean Phillips, Al Rio and Lee Weeks draw the different strands. It’s a nice bonus, but doesn’t fit the tone of the remainder.