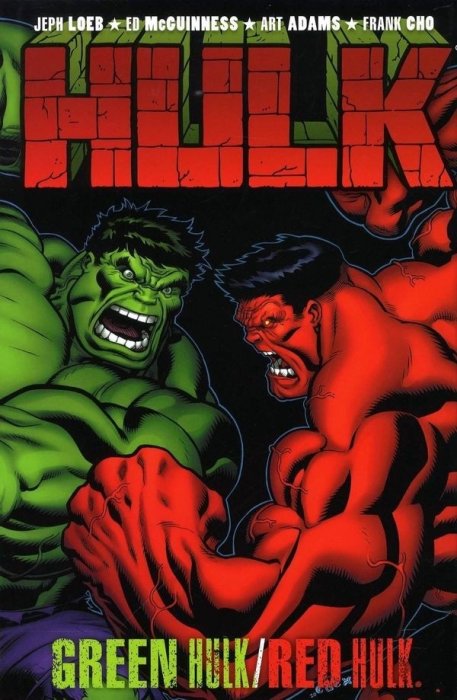 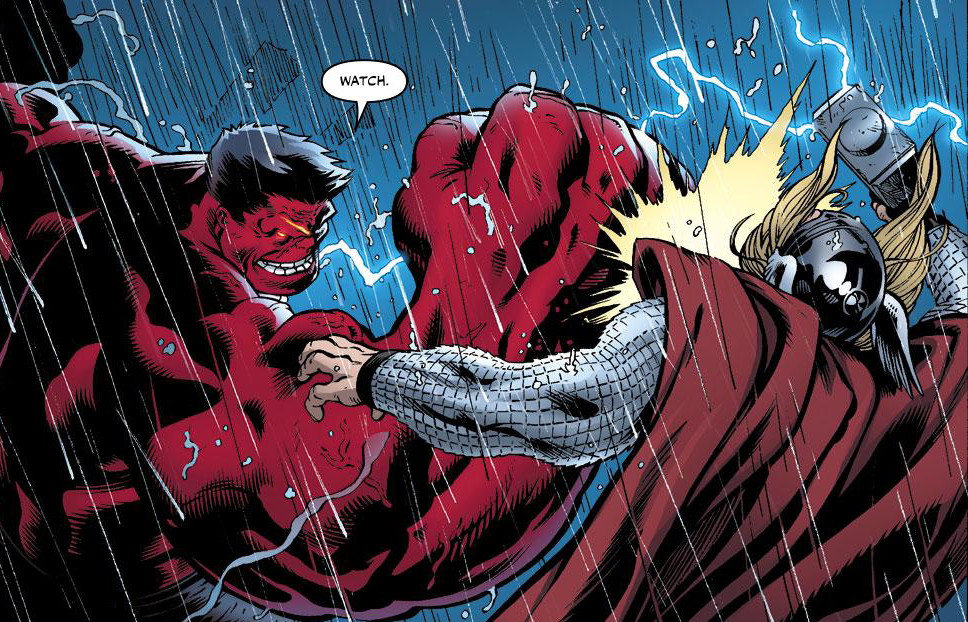 The story opens with several familiar characters investigating the murder of old Hulk foe the Abomination. Seeing as the Abomination has gamma radiation bestowed strength and resilience just below the level of the Hulk, this would be a pretty difficult undertaking. Matters are complicated by the murder occurring in Russia, the intervention of the Soviet Super Soldiers, and enormous amounts of radiation on site. Furthermore, the killing shots were delivered by a gun requiring Hulk sized hands just to fire the weapon. Yet the prime suspect, the Hulk himself, has been locked away in a secure facility since surrendering at the conclusion of World War Hulk.

This launched a new series of Hulk, for which writer Jeph Loeb had some interesting ideas. He packs the opening chapters with almost every essential member of the Hulk’s supporting cast. There’s General Thunderbolt Ross, Rick Jones, She-Hulk, Doc Samson and additionally Maria Hill, director of super-spy agency S.H.I.E.L.D. and Iron Man. The cast rapidly inflates to include a new red Hulk and a new Abomination. But who is this Red Hulk? He’s powerful enough to go toe to toe with the mightiest in the Marvel universe and knock the stuffing out of them.

Artist Ed McGuinness has the sense of scale required for illustrating the Hulk, but this comes at a price. There are very few pages in the book with greater than four panels, which makes for a rapid read. To some eyes McGuinness’ work may look better when inked by Mark Farmer, but Dexter Vines inking conveys a greater brutality.

There’s a conclusion of sorts to the introduction of the Red Hulk, but it’s vague and raises more questions than it answers, which may leave some readers of what’s an expensive oversize hardcover book feeling peeved. And while it’s only the way into the story, the reasons for the original Abomination’s demise appear to be forgotten after the opening chapter. There is a brief biographical run-through drawn by Herb Trimpe, and the answers are there, but only apparent once it’s common currency who the Red Hulk is, and that’s not revealed for some while. For those who prefer, the content is also available spread over two traditional paperback-sized volumes titled Red Hulk and Red & Green.

After that initial tale there’s the twin artistic treats of Arthur Adams illustrating a tale of the grey Hulk in his Joe Fixit identity back in Las Vegas, and Frank Cho’s work on She-Hulk gathering some friends to track down the Red Hulk. Both are far more subtly and decoratively drawn than McGuinness’ power-based material. Loeb stuffed his opening story with guest stars, and these are no different, with a pack of wendigo over-running Las Vegas.

If the underlying mystery is discounted, and the identity of the Red Hulk is now known, there’s not a great deal of plot. Adams and Cho are both superb artists, and while Cho’s content passes the Bechdel test, he brings a certain exaggerated approach to the female form that some will love and some will consider exploitative.