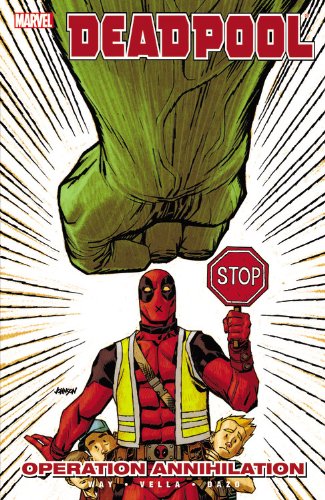 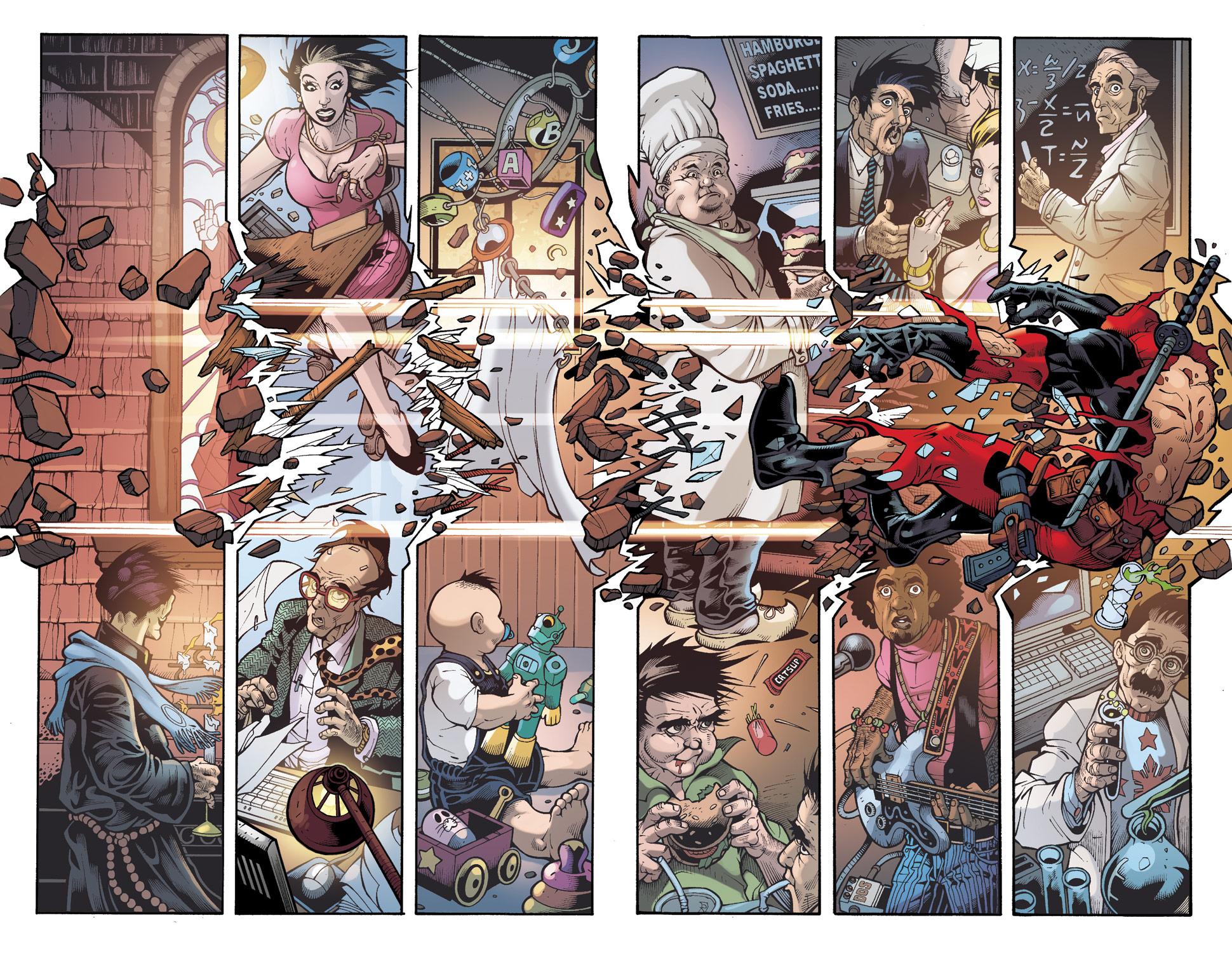 “I’ve been the bad guy, I’ve been the good guy. I’ve worked my ass off to become those things, but nothing’s really changed for me.” Deadpool’s melancholy isn’t really helped by returning to Earth and discovering that a lot of folk he considered friends have teamed to kill him. Not that he’s treated them particularly well.

This chapter is a little bit ho and a little bit hum, writer Daniel Way going through the motions and artist Sheldon Vella not as good as he was in the previous Space Oddity. It results in a conclusion of sorts for Deadpool, who now has a new mission, but suicide isn’t easy when you as good as can’t be killed. This may not be a quandry lacking an answer, though, when you share a planet with someone who’s big and green and mean and gamma-irradiated. The trouble is that the Hulk just doesn’t want to fight.

Artist Bong Dazo does, though, and whereas there have been considerable problems with his contributions to the past two Deadpool books, he’s fantastic here. His exaggerated distortions are just what’s required for an enraged Hulk in full murderous rage, his layouts are spectacular, and the incidental comic details he adds are joyous. Take a look at that featured illustration here.

For all of Dazo finding his niche, this isn’t the best Deadpool. Daniel Way has rather lost his, um, way over the past couple of volumes. There are still a lot of good ideas here, but stretched thin, and some are rather wasted, like the nursery school gag.

On the other hand, Marvel provide an opportunity for us to count our blessings by padding out this slim book with another Deadpool and Hulk set-to, dating from 1997. It’s very poor. There’s endless dialogue, a hokey begorrah and bejaysus Irish accent for one of the supporting cast, feeble jokes, information dumps and less plot than pages from Joe Kelly. A then young Ed McGuinness commits crimes against anatomy and has no awareness of backgrounds. After reading this, Way’s material appears a masterclass in comparison.

As there are further volumes in this series, it’s hardly a spoiler to reveal Deadpool survives his suicide attempt, and the next collection is Institutionalized. Both are also gathered in volume three of Deadpool by Daniel Way: The Complete Collection. 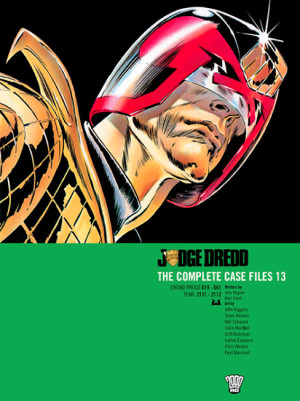