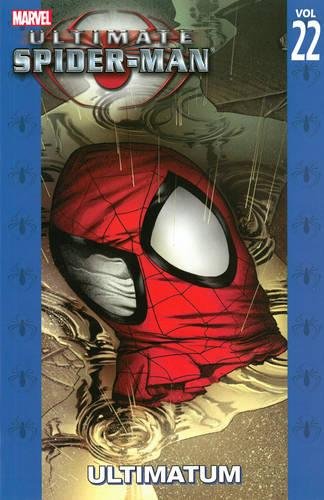 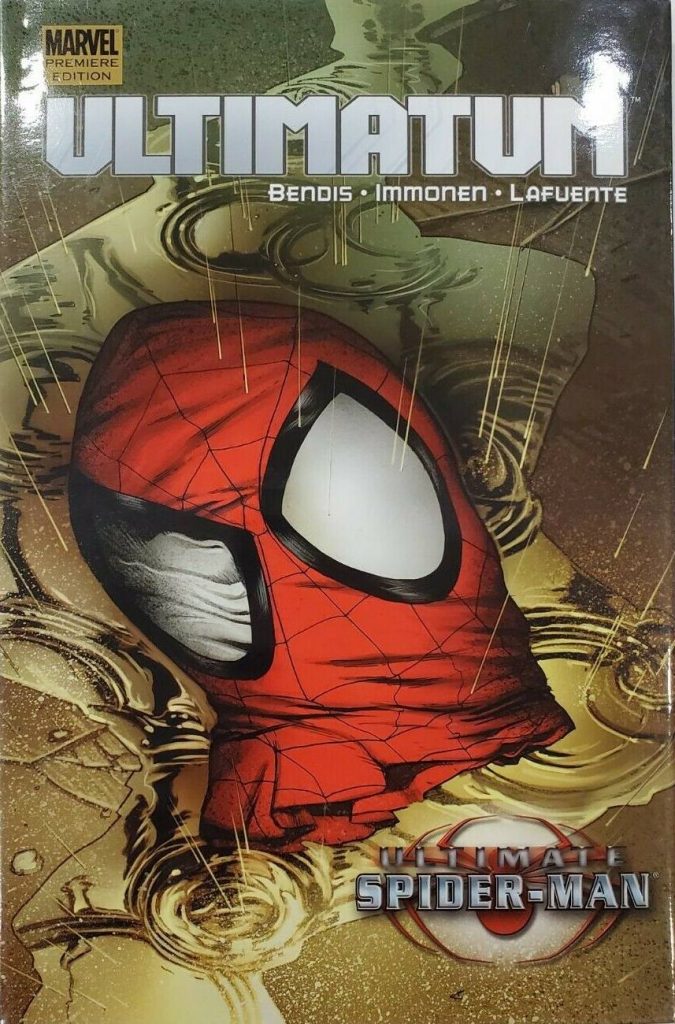 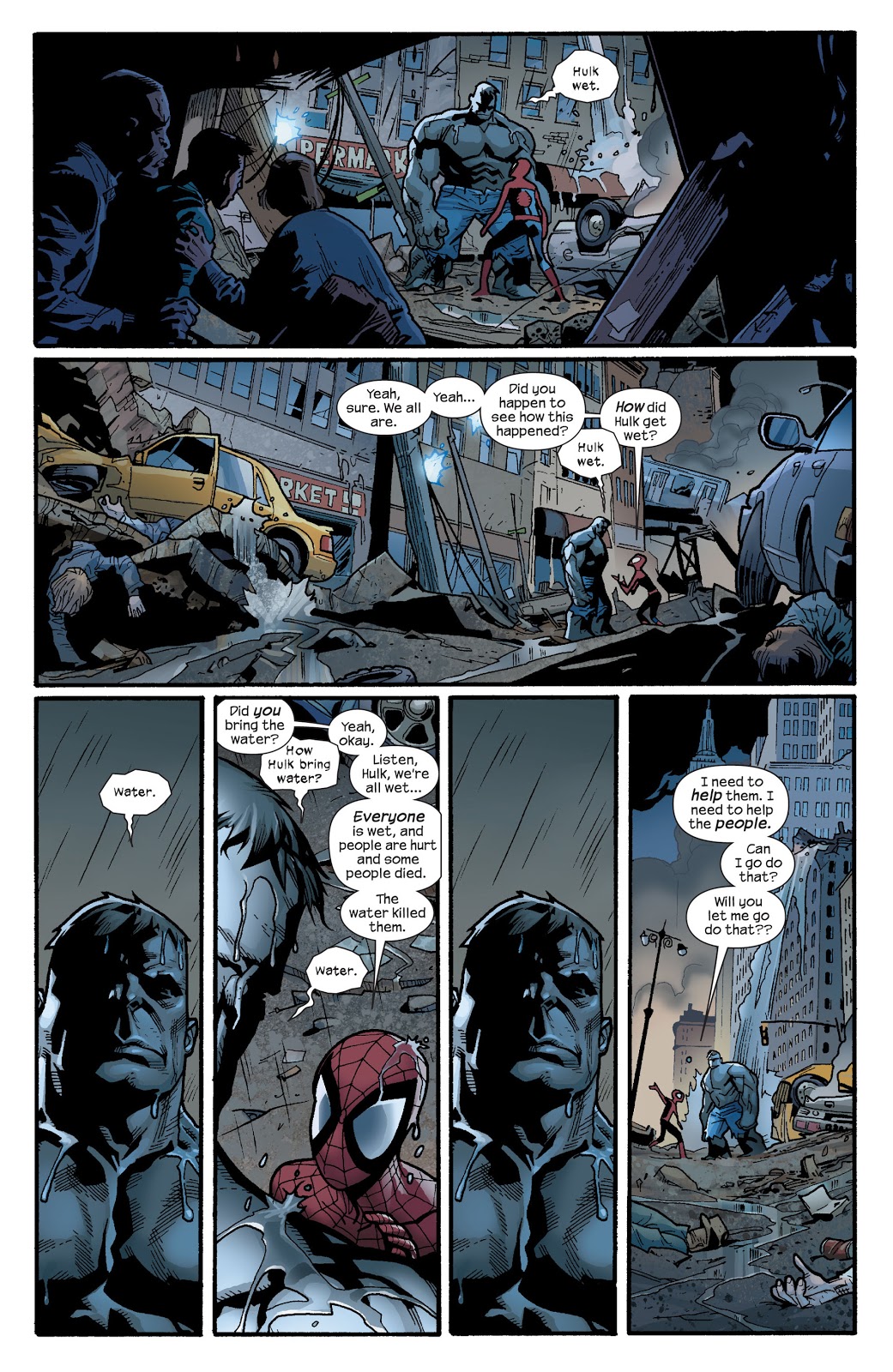 War of the Symbiotes may have only sprung into life near the end, but Ultimatum sets the bar high to begin with, then improves.

For a volume that develops into something tragic, there’s a sweet opener in which Peter Parker and Mary Jane have one of their little dips into frostiness. For such a cynic on other projects, Brian Michael Bendis consistently hits the right tone when it comes to the innocence of teenage romance, a skill he probably never figured he had when starting Ultimate Spider-Man.

He resorts to better entrenched skills when it comes to May Parker being arrested and interviewed in a police station, but cuts that off magnificently to introduce the bigger picture. Ultimate Spider-Man: Ultimatum is one of a number of graphic novels tying into an event intended to shake up and redefine the Ultimate line, which after almost a decade had perhaps become too similar to the standard Marvel line. For New York, the end of days arrives when Magneto unleashes a tidal wave on Manhattan. The end of days is confirmed in a nice sequence when J. Jonah Jameson admits he was wrong about Spider-Man. Magneto is dealt with in the primary Ultimatum graphic novel, so what Bendis and Stuart Immonen concentrate on is what use Spider-Man can possibly be when Manhattan is collapsing. Between that they show how other members of the supporting cast are coping.

Bendis and Immonen beautifully reinforce that this is a different Peter Parker, a different Spider-Man, and one who doesn’t realise how heroic he is. Bendis has underlined that several times already, and does it again here in a powerful scene where the idea is to ensure the Hulk doesn’t smash. The whole chapter is a great standalone in the middle of ultimate chaos, as things that have previously held back are now unleashed on New York.

The sense of desperation just keeps increasing as Spider-Man has to cope with one tumultuous event after another, all well beyond his power set. There is no Spider-Man in a wordless final chapter, so what happens in the end? We don’t really know.

To end the volume there’s some insight provided by Bendis during the course of a seven page interview, discussing how he viewed Peter Parker and how much of himself was channelled into the school sequences.

The final chapter’s carefully defined lack of Spider-Man is undermined by a follow-on Ultimate Spider-Man series kicking off with The New World According to Peter Parker, but that was always inevitable. Ultimatum though, closes one door in tragedy and fine style. However, Bendis and Immonen aren’t quite finished with the supporting cast, who feature in the best content gathered in Ultimatum: Requiem. Why couldn’t those two chapters have been included here? They are included with this content in the hardcover Ultimate Spider-Man Vol. 11.