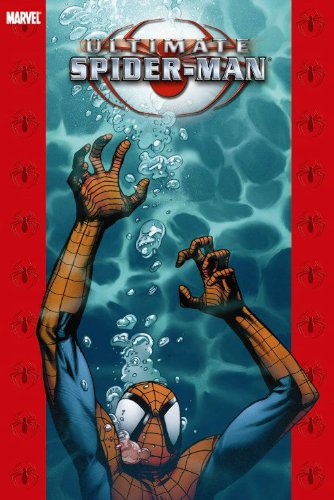 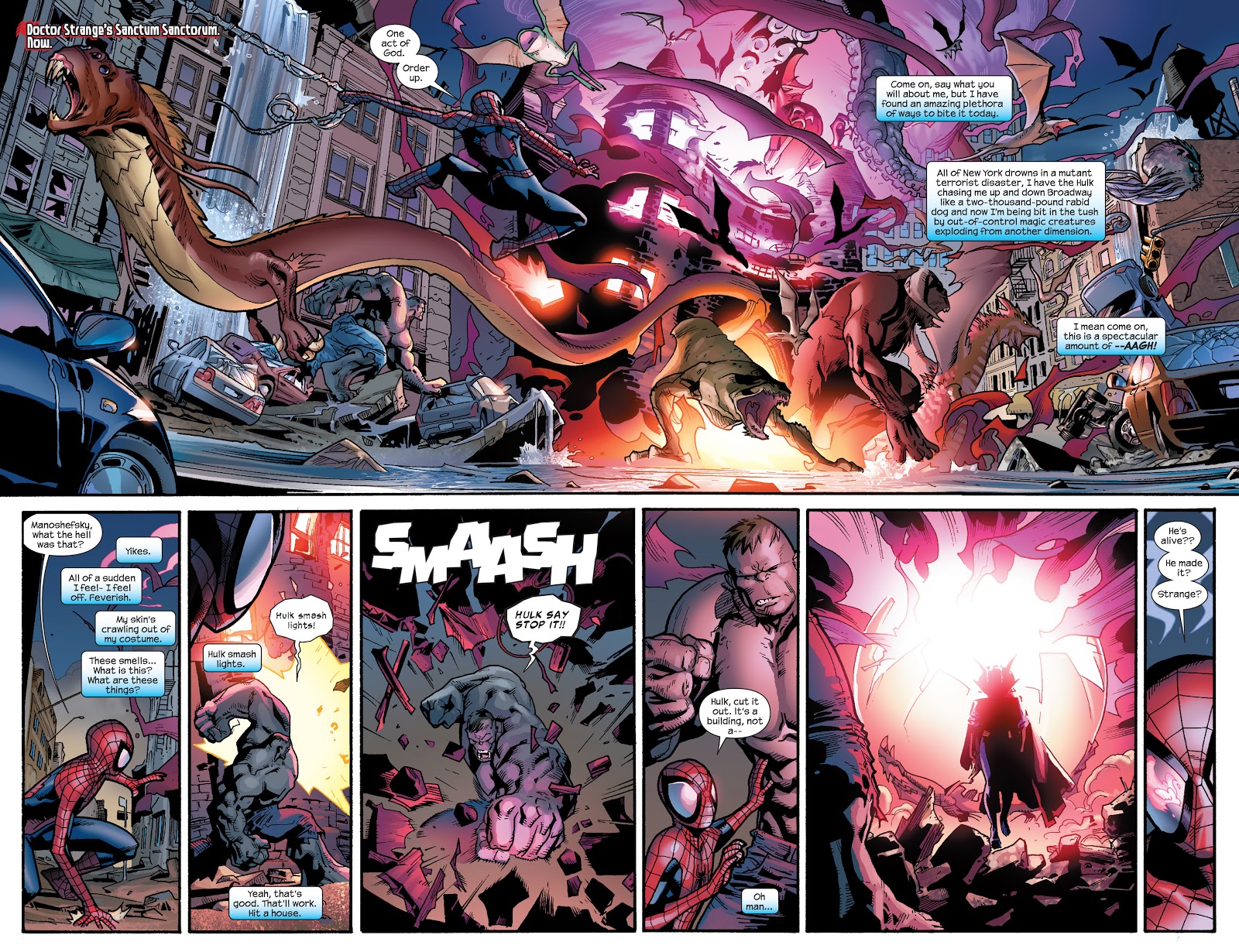 There’s a choice to be made whether to experience any series via the original floppies, the trades or the more exclusive hardcover editions, but with this final series volume Ultimate Spider-Man Vol. 11 is a better choice than either of the others if you can afford it. This first Ultimate Spider-Man series ends with the Ultimate universe-changing events of Ultimatum, and the original series and the Ultimate Spider-Man: Ultimatum trade both end on a cliffhanger. However, Brian Michael Bendis and Stuart Immonen rapidly resolved that in Ultimatum tie-ins, and those three chapters are included here. They’re worth it.

It’s fair to say most readers didn’t see Ultimatum as the thrill it was intended as, and that applies to most tie-ins also. However, the exceptions are anything by Bendis and Immonen featuring Spider-Man. Magneto reverses Earth’s magnetic polarity, one result being New York pretty well drowned under a tidal wave, and there are several chapters of Spider-Man coping with that and the aftermath. It’s a situation well beyond his skill set, yet such is his bravery even J. Jonah Jameson has to admit his editorials about Spider-Man have been wrong-minded. There’s a great chapter of Spider-Man attempting to calm down the Hulk, and aware their series is ending, the creators ensure we’re given a tour of the supporting cast and shown how they’re coping with disaster. The Jameson chapter is a particularly fine piece of writing, and there’s even a brief return for original series artist Mark Bagley, and a peek at where David Lafuente would take the relaunch.

Before any of that we have what was published in paperback as War of the Symbiotes. That takes a while to warm up despite Immonen’s exemplary artwork. It’s lukewarm because Bendis is too ambitious with the storytelling, having the cast narrate events in hindsight, and taking too long to reach what’s a smackdown with Venom. Even seeing Silver Sable again and a cameo for the Ultimates doesn’t liven up these chapters. However, once they’re done and we head into the main story things pick up considerably. The remainder is shocking, surprising and back up to the usual high standards expected from Bendis on this series. Unfortunately, it’s only two chapters.

So, a mixed back of a collection, but ranking higher than the sum of the two gathered paperbacks on the basis of the extra chapters.