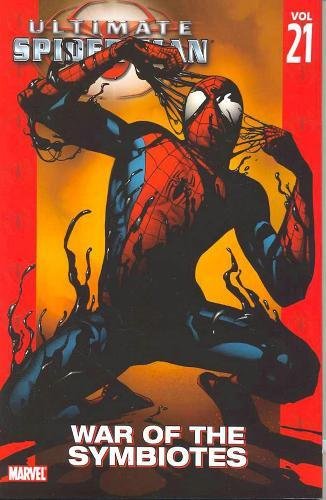 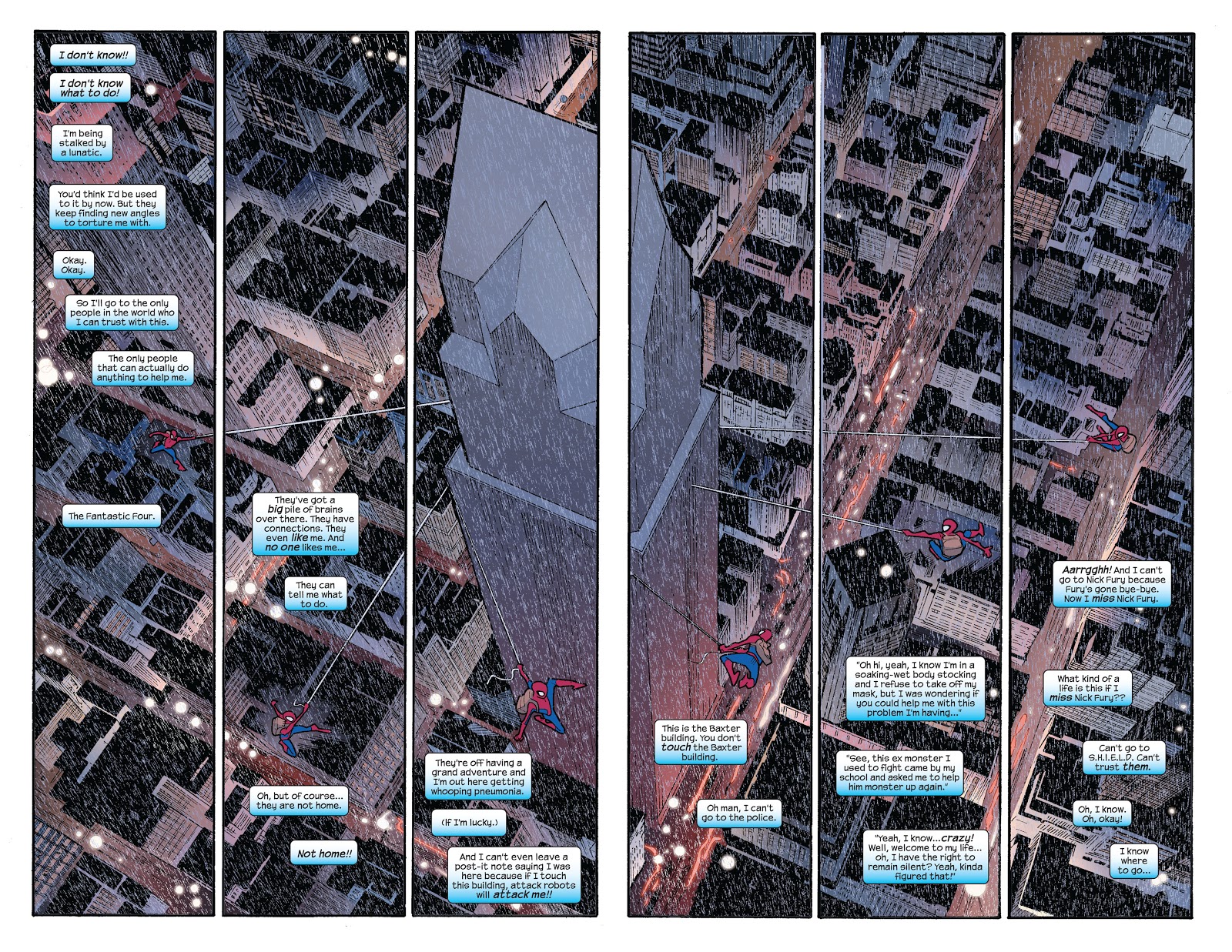 War of the Symbiotes is nicely drawn by Stuart Immonen, all-action when needed, yet discreet civilian scenes, and has some lovely Spider-Man banter provided by Brian Michael Bendis. It opens with a flashback scene mashing up Spidey, Silver Sable and Venom, introduces a neat version of the Beetle, and also finds space for the Ultimates, yet for far too long this is a damp squib.

Part of that is down to the chosen storytelling method, which is Bendis spending the best part of four chapters having characters narrate their parts in flashback. The primary event is a massive smackdown involving Spider-Man and Venom at the Empire State Museum of Art, which may or may not be the aspect that ties into the Ultimate Spider-Man video game as noted on the back cover. It’s a neat idea, but the actuality is ordinary, and that’s a term barely applicable to the series over twenty previous graphic novels. On the other hand, much of it is a clean start, with no reference to the previous Amazing Friends, with everything that a new reader needs to know explained as the action rolls out. There’s also a chilling realisation toward the end of the opening chapter as we put two and two together and realise what’s been going on.

It’s two-thirds of the way through before things really pick up and we start getting to the point of the title. The previous chapters were just a prolonged way of Bendis getting Venom and Eddie Brock where they needed to be for the final stages. Immonen’s stunning spread of Spider-Man swinging around the Baxter Building is the beginning of the end, and followed by a couple more that are equally distinctive. When we come to the actual fighting symbiotes, more a skirmish or rumble at best rather than a war, he’s great with that.

The last two chapters hit the spot, but the previous four? Meh! Ultimatum is next.