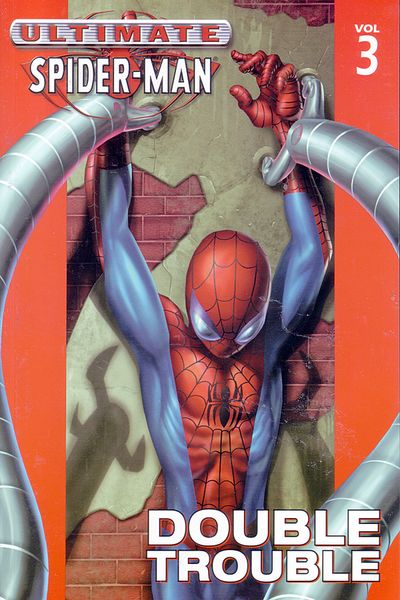 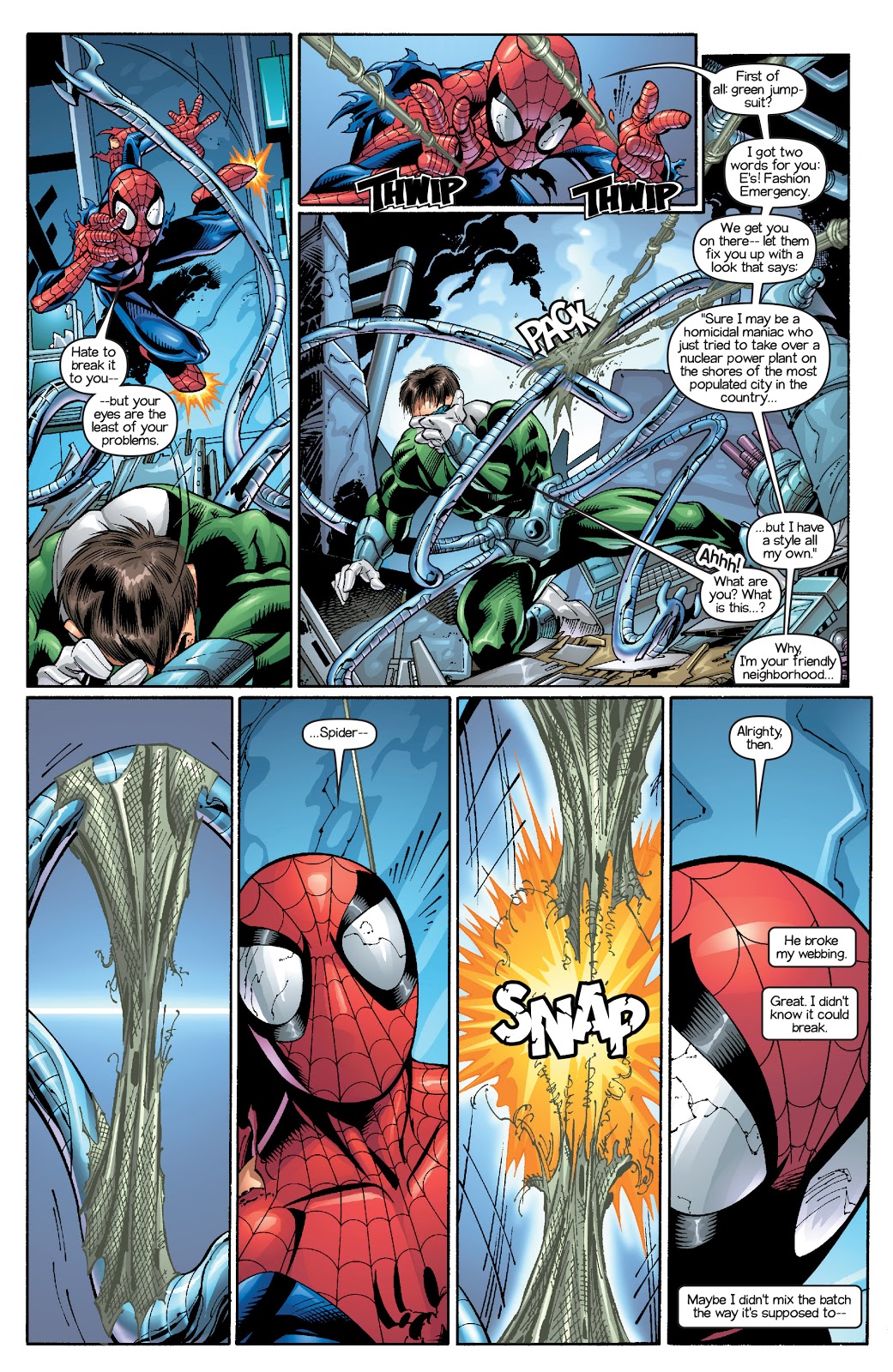 You may have wondered over the previous two volumes why it is that this reconfiguration of Spider-Man’s early days has a glaring absence from Peter Parker’s circle of friends. Gwen Stacy makes her appearance in Double Trouble’s first chapter. While the personalities of the other friends are much the same as they were in the original Spider-Man series, Gwen is different. She’s confident, provocative and a step away from delinquency. Also making his first appearance is Otto Octavius, his origin here a more horrifying variation on the earlier version, giving him good reason to hate industrialist Justin Hammer. They might be the double trouble of the title, or that might include school bully Kong, who’s actually figured out the secret revealed to someone else at the end of Learning Curve. Perhaps it’s meant to be Kraven the Hunter, the new version based on Steve Irwin, now a dated reference, but Kraven’s constructed well enough that his inspiration is irrelevant.

Brian Michael Bendis weaves all these elements into a seven chapter thriller that engrosses from start to finish. It has great school scenes, great J. Jonah Jameson scenes, great Spider-Man quips and great villainous action. Early in Bendis’ career – and this is relatively early in Bendis’ career – he had trouble pacing a plot, but everything here locks tight and rolls out so smoothly.

Heavily influencing that, of course, is Mark Bagley, and several neat visual devices show him as a smarter artist than many give him credit for. In the opening chapter there’s a juxtaposition of cheerleader twirling devices and Dr Octopus’ arms, and later all eyes in the classroom are in one direction apart from Kong’s. He tells a good story, does Bagley, always clear and always tidy, and the arms of Dr Octopus provide him with a great visual prop. 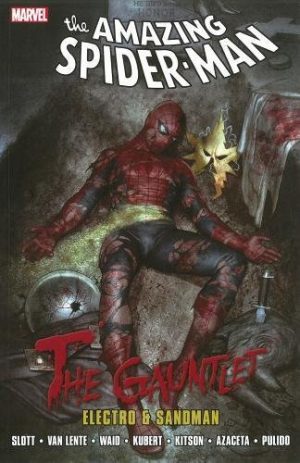 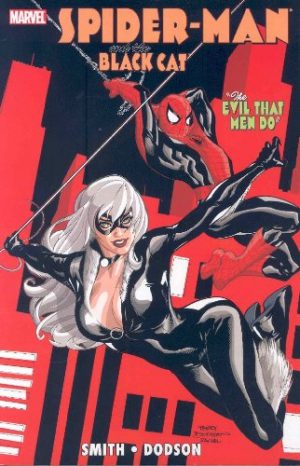 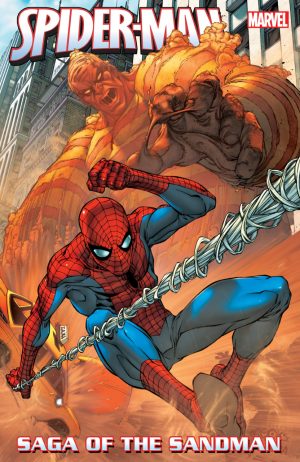