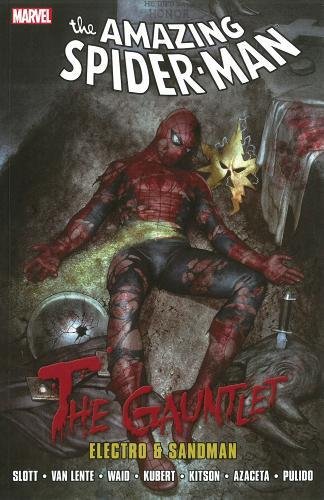 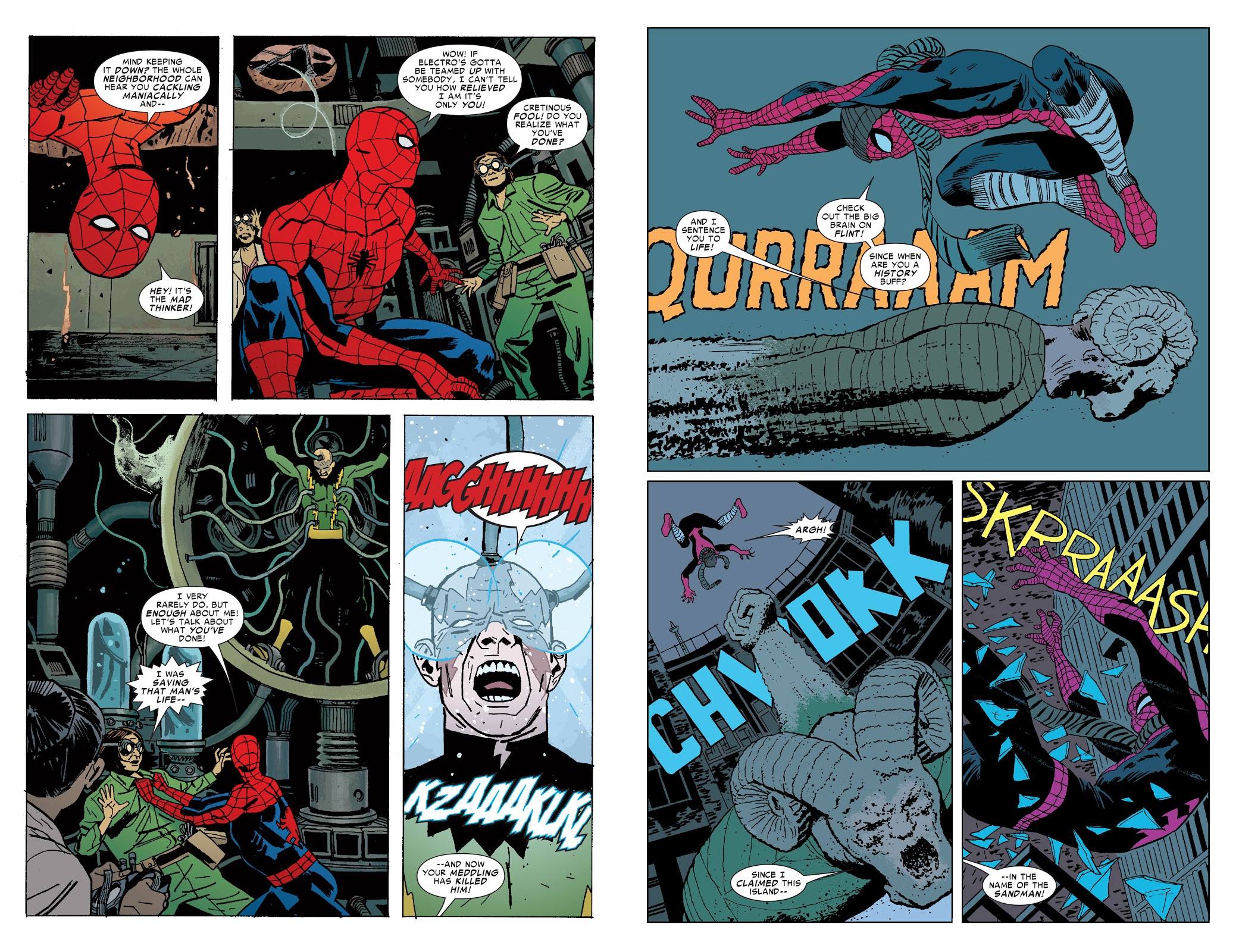 The Gauntlet is a series in which a rotating crew of creators redefine a fair number of Spider-Man’s long term foes. It starts here, as the title tells you, with Electro and Sandman, but continues through four further collections, or alternatively two Complete Collections.

This collection, though begins with a major enemy otherwise absent from ‘The Gauntlet’, because it takes place during the Dark Reign era when Norman Osborn controlled the US superhuman security forces. The situation mystifies Spider-Man, and when he attempts to check the evidence of Osborn’s past crimes as the Green Goblin, it’s been forensically wiped. From there Dan Slott and Adam Kubert take us on an entertaining ride that reverses much of the usual stock confrontations between Osborn and Spider-Man.

Mark Waid and Paul Azaceta begin with Electro, who’s not in a good way, no longer able to control his electrical abilities. He’s not quite at rock bottom, but raising the money demanded by the Thinker to deal with his condition isn’t going to be easy. When he latches on to the populist cause of anti-capitalism he’s as surprised as Spider-Man when he actually rallies people to his side, becoming a figurehead. For all the trappings, it’s a relatively standard battle between Spider-Man and Electro, and it’s not until right at the end when the sub-plot hits in devastating fashion that it rises above expectation. Azaceta’s a phenomenal artist who defines everyone well except, strangely, Spider-Man, whose head mask looks slightly off all the time, resembling the wonky 1960s animation.

It’s rather a shame that Marvel chose to go with the names of the villains on the cover, as it ruins the mystery that Fred Van Lente and Javier Pulido so efficiently deliver, putting Peter Parker’s friend Carlie Cooper in the frame for tampering with crime evidence. Spider-Man has a fair idea who’s responsible, and Pulido’s interesting layouts and visual definition of the imagination Van Lente applies to Sandman makes this a better story and an artistic treat. Very visually memorable, in fact, with good use of spreads. The villainous activity is given a good counterpoint featuring the view of a young child.

Two shorter stories also feature. Van Lente supplies an interesting addition to Electro’s origin in a piece featuring some surprising guest stars and Barry Kitson art. The speculation casts a new light on Max Dillon, but was forgotten rapidly. Joe Kelly and JM Ken Niimura look at how Spider-Man and the Black Cat work as an item via a spiky conversation as they consider their day. It’s clever, but without captivating, part of which is Niimura being a good cartoonist whose style gives a goofiness to the story rather than a weight.

If found cheap, Van Lente and Pulido’s Sandman chapters are worth the price. Next up are Rhino and Mysterio in Vol. 2. Alternatively both are combined as Amazing Spider-Man: The Gauntlet – The Complete Collection Vol. 1. 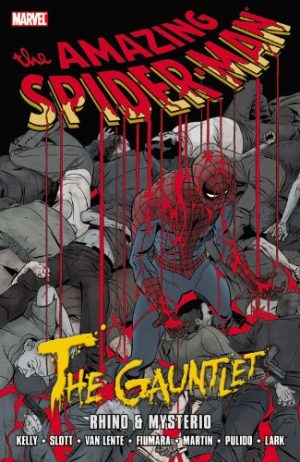 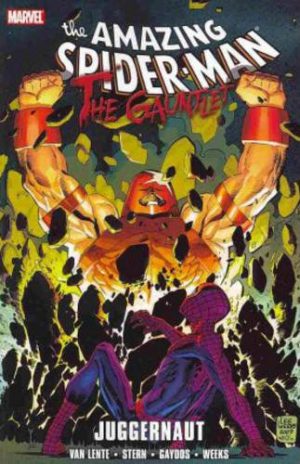 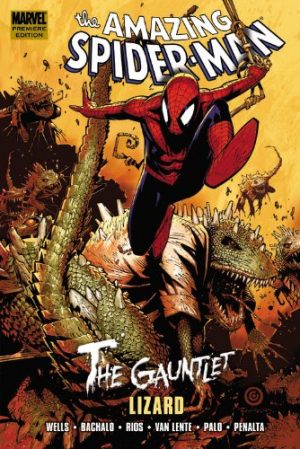