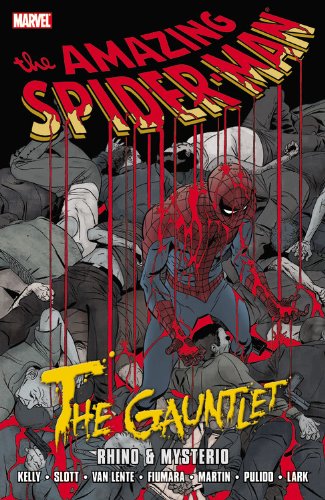 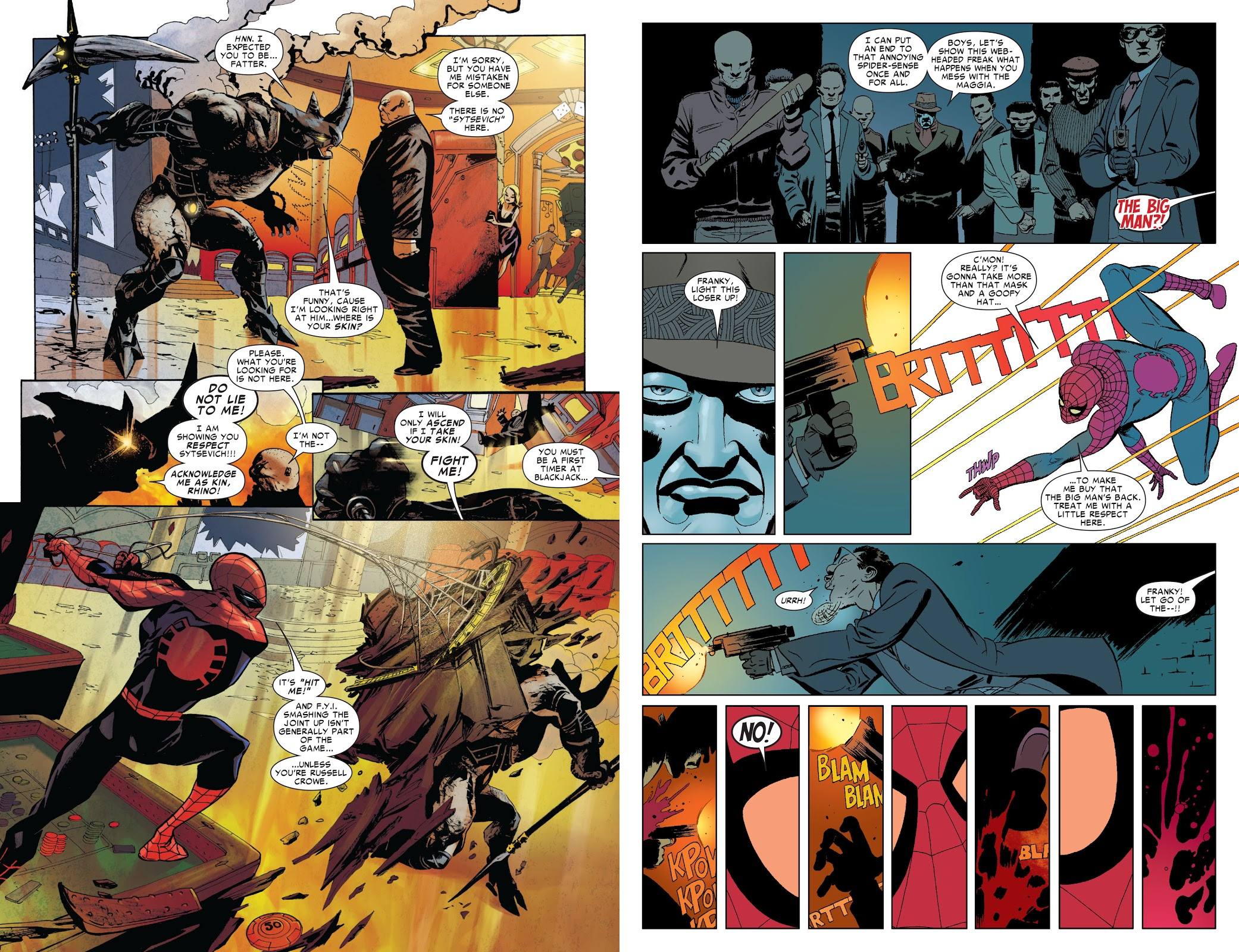 The Gauntlet is a title applied to unite what would otherwise be a relatively standard run of Spider-Man continuity, in this case from 2009-2011, as a succession of his oldest enemies show up, one rapidly following another. The connecting thread is that they’ve had their powers boosted, as per Electro and Sandman in Vol. 1.

Each section begins with Fred Van Lente running through the origin of the villain in question, or an event early in their career. These are an interesting couple, the Rhino’s origins being connected with a mission, and Mysterio attempting to master a new effect. Nick Dragotta and Barry Kitson supply the fine art.

Unlike most Marvel writers since the 1990s, Joe Kelly doesn’t treat the Rhino as a joke. Instead there’s a carefully constructed portrait of a man who’s left the villainy business behind and only wants to ensure he keeps a roof over his head and protect his true love. A shorter and touchingly sentimental piece by Kelly and Javier Pulido shows how the change came about. Max Fiumara draws the main story, not as delicately, but then delicacy isn’t generally the order of the day when the Rhino’s about, and he’s phenomenal when delivering the power of a new guy wearing the costume and deciding his first order of business is to deal with his predecessor.

At first it’s not apparent how Mysterio fits into a gang war between Mr Negative and the Maggia, particularly as Quentin Beck’s supposed to be dead. He’s not the only one, and Dan Slott runs amusingly through what happened to the Maggia powerhouses to leave a moron in charge. It’s a story rich in references to Steve Ditko on the 1960s Spider-Man from Marcos Martin’s evocative art, to a panel of Mr Negative wrenching his way free of a beam in a collapsed building, that courtesy of Pulido. Yet it’s still strikingly contemporary, twisting every which way, as might be expected with a trickster like Mysterio involved. A neat ending leaves us still uncertain about some aspects.

Considering Spider-Man is supposed to be dating Black Cat, we haven’t seen much of her, but the final longer story has them teamed for a what’s a fun caper, with gloomy art from Michael Lark setting the suspense. It also features a great solution to the mystery of Carlie Cooper’s father from stories seen earlier. The final panel would appear to lead us into The Gauntlet Vol. 3, but that actually features the Vulture and Morbius, not the Lizard, who doesn’t turn up until Vol. 5.

This is a highspot for ‘The Gauntlet’, all stories good and with something to say about the cast, while maintaining the interest in the soap opera aspects of Spider-Man’s supporting cast. That Aunt May, eh? Who’d have thought?

Sections of Vol. 3 are combined with this and the entire previous volume as Amazing Spider-Man: The Gauntlet – The Complete Collection Vol. 1 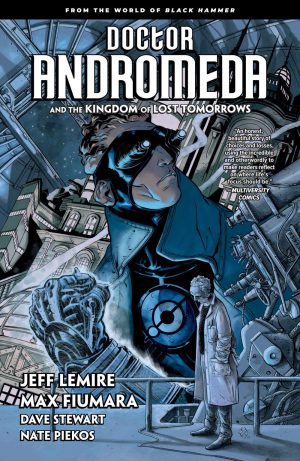