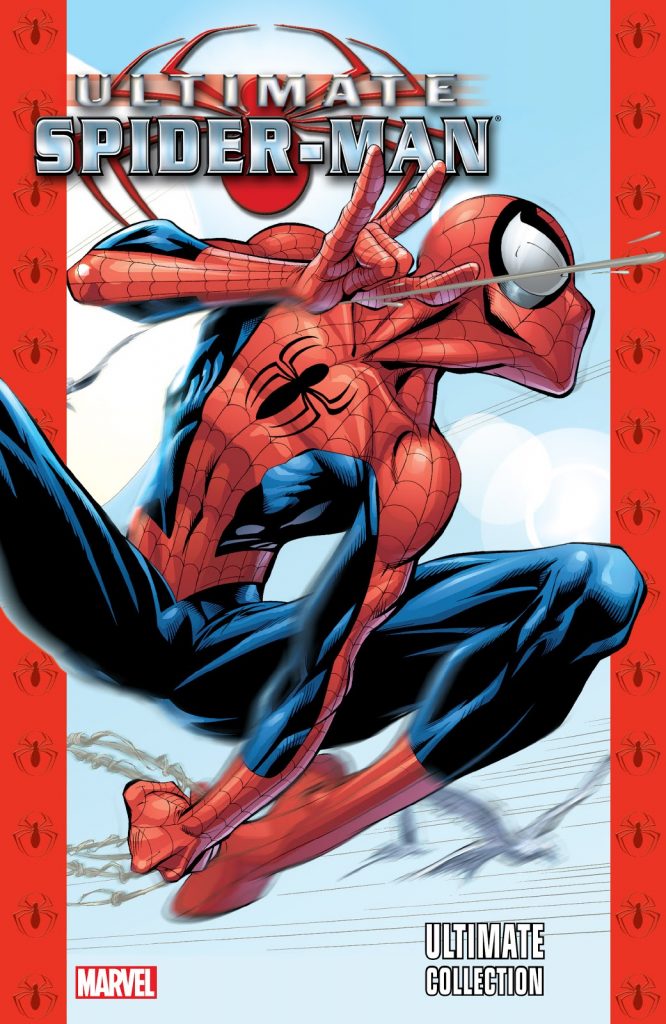 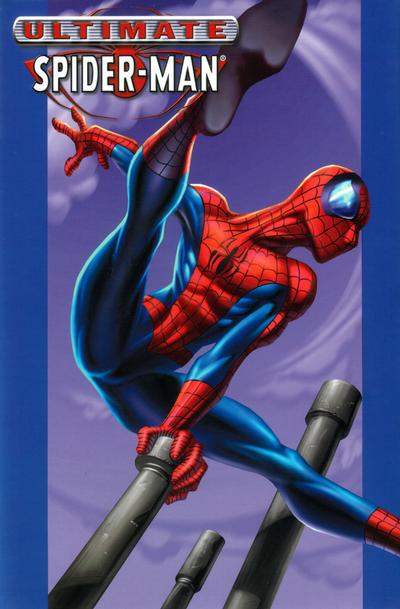 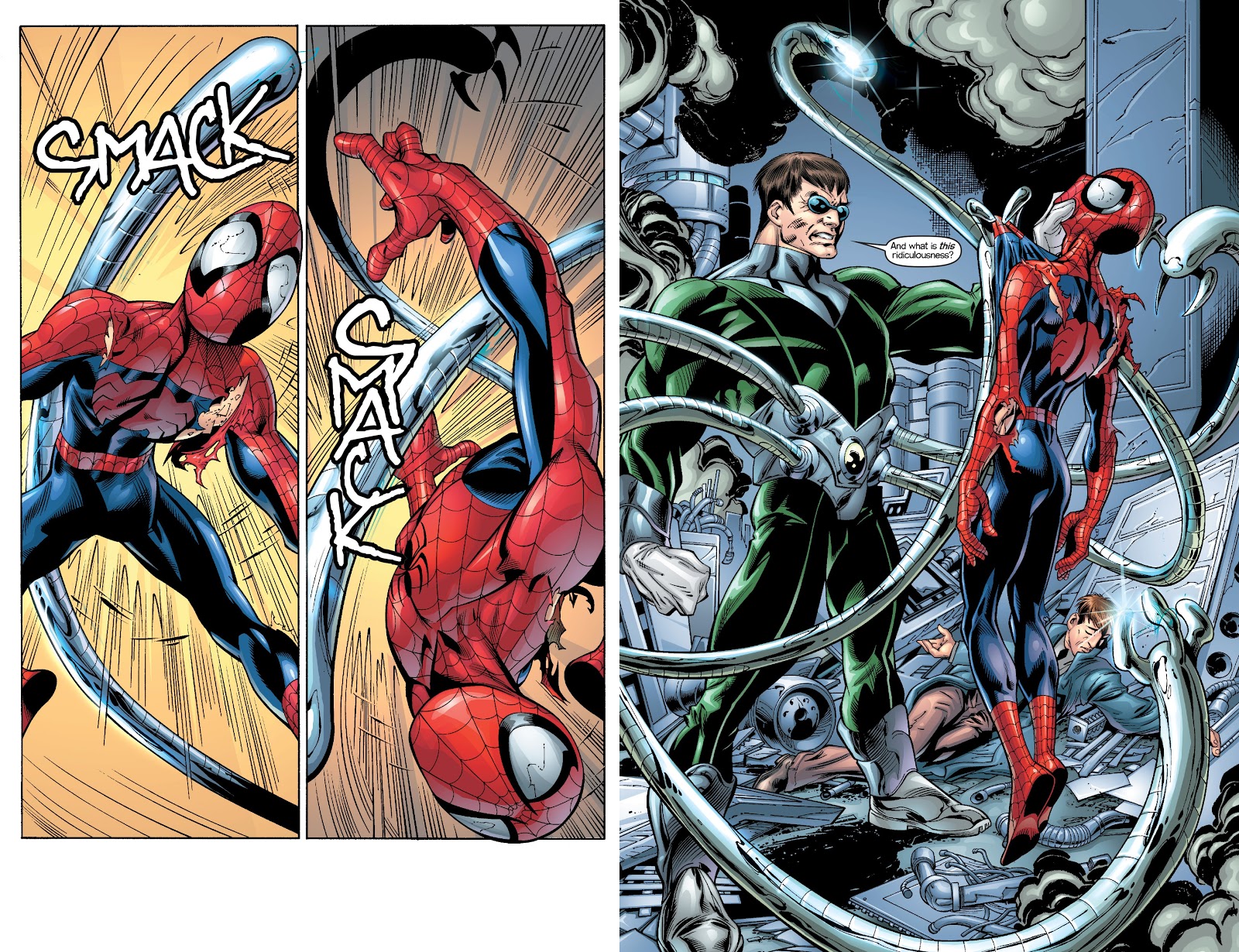 This combination was first issued in hardcover in 2003 then reissued in bulky paperback six years later. If you’re going to sample Ultimate Spider-Man you’re probably best off just trying a slimmer paperback, as all are representative, but if you’re prepared to dive straight in to one of the pricer Ultimate Collections, they don’t come better than this compilation of Double Trouble and Legacy.

Over the series the creative team of Brian Michael Bendis and Mark Bagley barely put a foot wrong, but what makes this combination stand out is their treatment of Spider-Man’s two most iconic villains, Doctor Octopus and the Green Goblin, although Bendis never refers to the latter by that name. Norman Osborn injects himself with his transformative formula, but the result is a more powerful and aggressive version of the already objectionable Osborn rather than a form of schizophrenic, unrestrained alter-ego.

Osborn is up second, effectively characterised as the sort of offensive corporate slimeball who considers lack of basic common courtesy and decency makes him a man to be respected, and that intimidation is the way to control. Bagley’s version of Osborn’s other persona is terrifying, barely contained by panels, and his appearance genuinely ranks with the best Green Goblin material, not only for Osborn’s appalling character, but for the reaction of Peter Parker with or without his Spider-Man costume. The bravery is underplayed, but there’s not many fifteen year olds, even with Spider-Man’s power, that could withstand the force of Osborn. A cliffhanging chapter ending doesn’t have the power in collected editions that it had when serialised, and Bagley has a proportions lapse at a pivotal moment, but they’re minor in the face of a bravura performance from both creators.

They’ve already managed that with the Doctor Octopus story. He’s more of a scheming villain than a visceral terror, and Bendis plots a tight drama that also has room for corrupt industrialist Justin Hammer and a new version of Kraven the Hunter, recast as an arrogantly confident “reality” TV schmuck. Bagley makes great use of Doc Ock’s flailing metal arms as a visual device, and the story’s also notable for the introduction of Gwen Stacy to this Spider-Man’s continuity. She’s spiky, provocative and unpredictable, and always interesting. Her presence also enables to Bendis to generate a great moment of tension in the Osborn story with a sequence echoing a classic Spider-Man tragedy.

This is creative, and hugely enjoyable Spider-Man fun, and that’s the way the series continues.