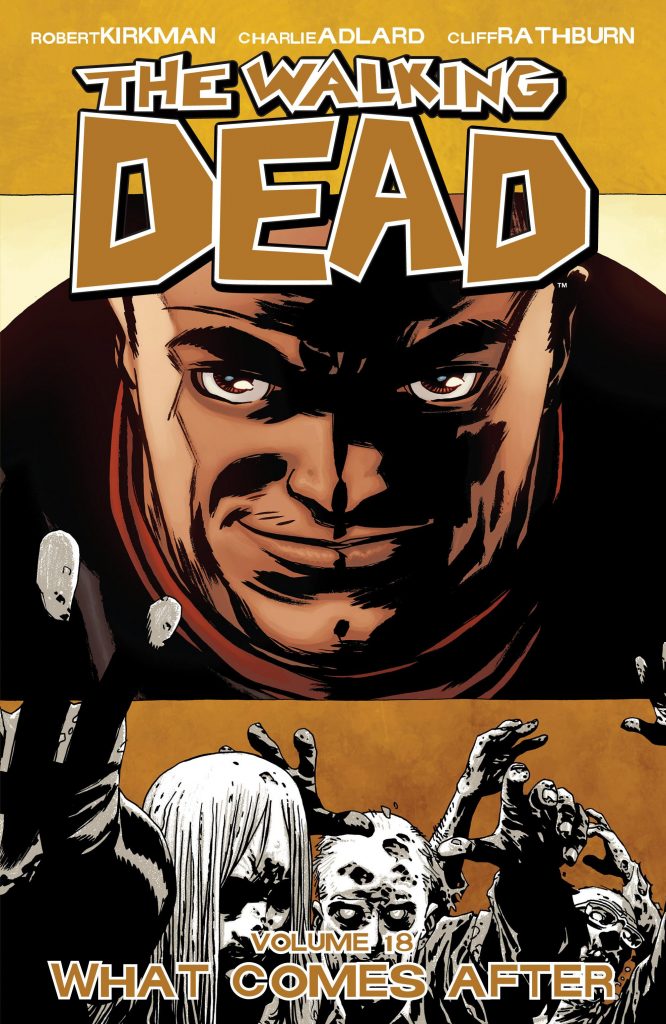 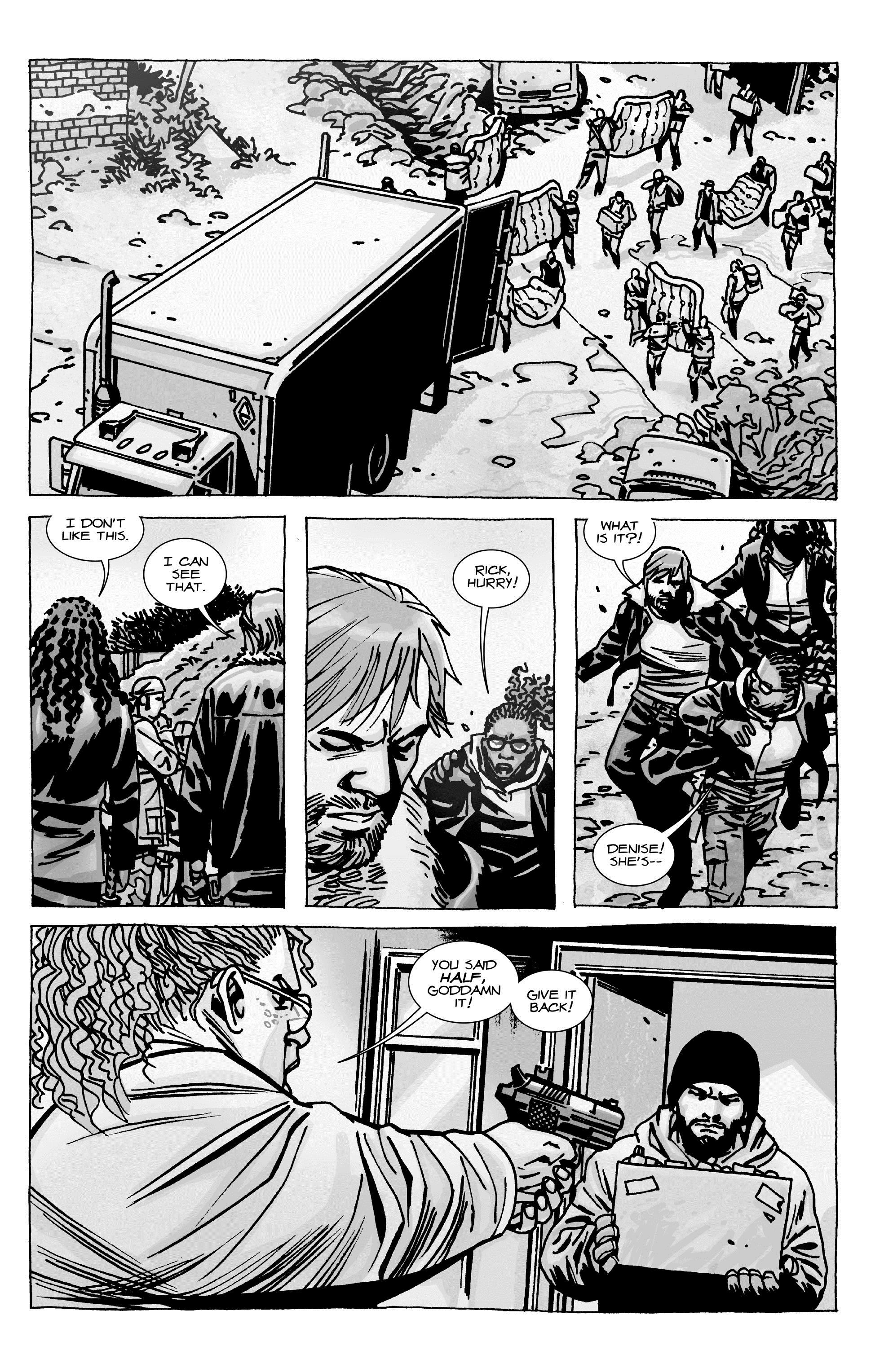 A decision was reached in Something to Fear that’s uncharacteristic for The Walking Dead. After a horrendous loss Rick Grimes concluded that Negan and his gang couldn’t be overwhelmed or taken by stealth, so he persuaded the rest of the community that their best hope of continued survival lay in compliance. They’d provide the necessary tribute to be left in peace. The opening pages of What Comes After explain it’s all a ploy, but take no comfort in that because Robert Kirkman has a few more nasty surprises on the way. Carl Grimes has a large role, but he’s young and doesn’t always understand a situation comprehensively, and the tension Kirkman generates from that is immense. It might not come across in quite the same fashion to anyone who’s not followed the cast and their troubles for a while, but this is a superb volume.

In some ways it’s Kirkman returning to a plot introduced earlier in the series via the community of Woodbury (starting in This Sorrowful Life), but he’s now a more experienced writer and better able to present the sadism and tension. There have been some monsters in the series before, but Negan (gloating on the cover) is a whole new form of tyrant. He’s not an uneducated brute who’s seized his opportunity, although fear is certainly a part of his arsenal, but is a man without conscience when it comes to his personal desires and ensuring he remains top dog. “The rules keep us alive” chant his followers just before a horrifying ceremony designed to instil compliance. We spend some considerable time with Negan and he comes across as completely unhinged, but as that’s always in the presence of others it cleverly establishes that much of his public personality is an act. “Yes sir, I do believe you’ll have plenty to offer up”, he crows on entering the compound. The opening pages construct a terrifying picture of a tyrannical brute consistently claiming to be reasonable, but his atrocities are many. It’s a testament to the quality of the writing that the most terrifying scene entirely lacks actual violence, as Negan swings his barbed wire coated baseball bat to a musical accompaniment. The power of the sequence depends on memories of a murder in the previous book, and Charlie Adlard emphasises the contrasting feelings in play via the emotional page compositions.

Adlard’s superb throughout. The proof of it here, and during the series as a whole, is that everything flows so smoothly it isn’t until some pause is given for thought that it occurs how little you’ve actually been looking at the art. This pause generally occurs when Adlard opens up to present a full page piece, or a spread, and they’re always excellent.

While What Comes After is the best Walking Dead volume so far, this isn’t the book to pick up as a sample, as a major strength is building on what’s been previously established. This is also shaping up to be the longest story arc to date, continuing in March to War, and not concluding there either.

This is also included along with seven other paperbacks in the third Walking Dead Compendium, and with Something to Fear in Book Nine of the hardcover series.