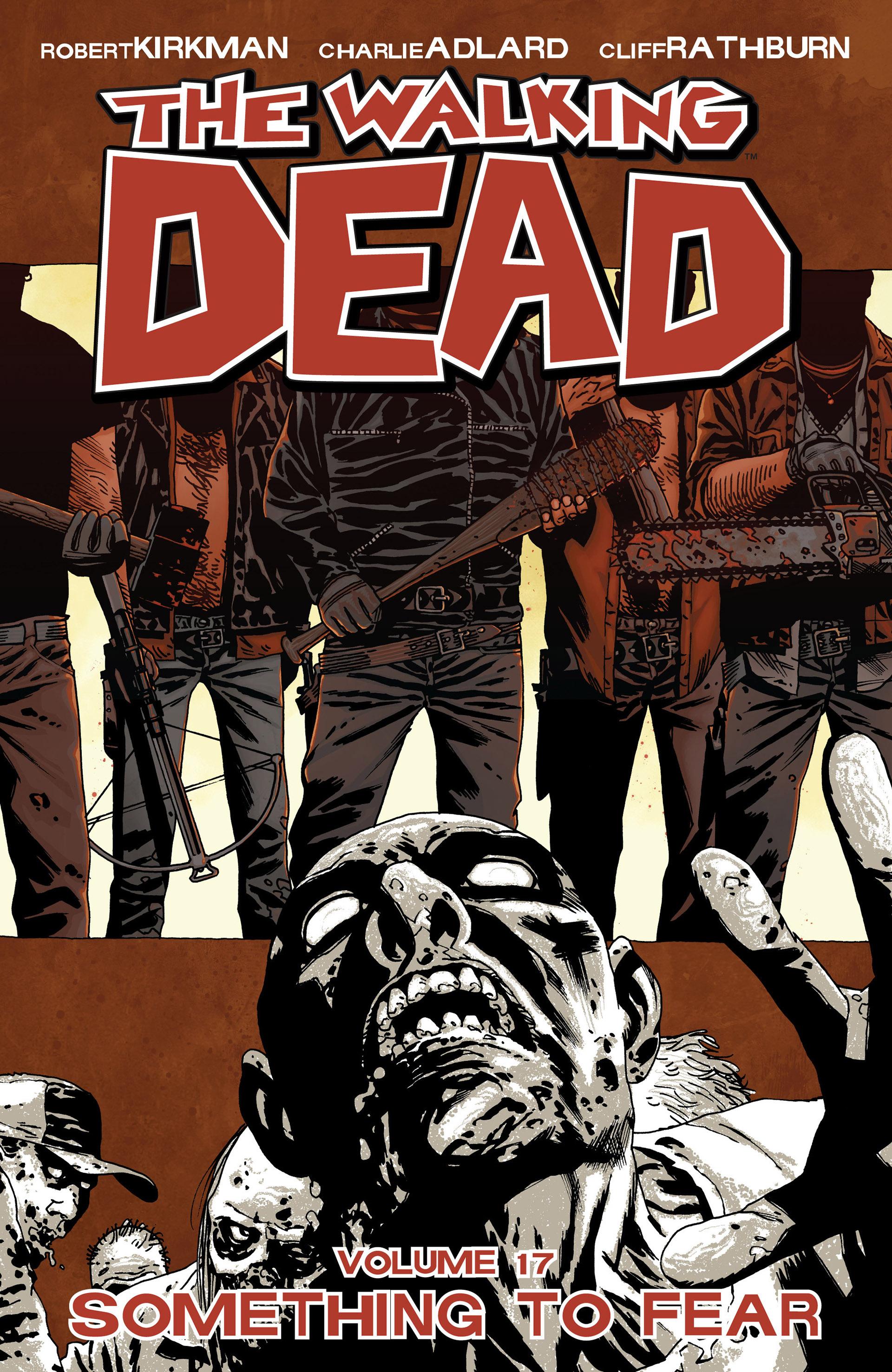 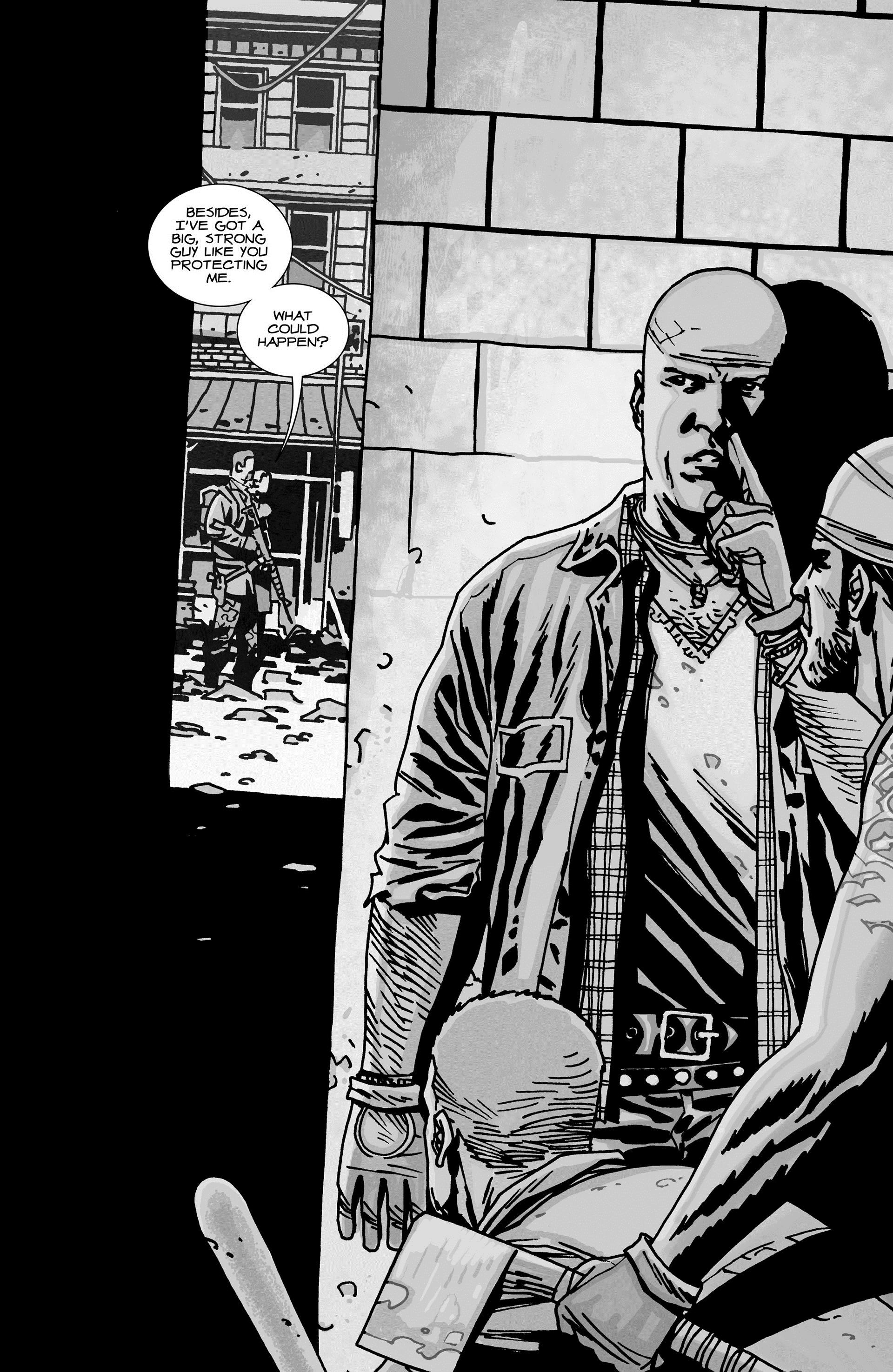 Oh, that Robert Kirkman. We should know by now he’s such a master of screwing with your head. Something to Fear appears to be such a contemplative volume of The Walking Dead. Mutually beneficial contact has been made with another community, the zombies in the vicinity of our cast’s gated village no longer pose any real threat, and the cast have some time to work out what’s important to them and what they might want to work toward. A Larger World certainly offered the idea that civilisation could be restarted, and Glenn and Maggie seem to be proof of that.

Kirkman keeps a tension going through all the good cheer because, given the past, surely not everything can be as it seems. It isn’t. All apocalyptic future stories at some stage feature the gang, the group of wild and dangerous guys who have no interest in co-operation when they can take what they want. There hasn’t really been one of those in The Walking Dead so far. Hell, it’s about time there was. “Everything has changed Rick. Things are going to be different from now on. You’re entering into a whole new world.” And indeed he is. It’s barbaric and shockingly unpleasant, all the more so because Charlie Adlard’s restraint in showing what happens is limited. The creators want you to hate these guys, and they do a magnificent job of ensuring that.

This is a really clever book. We’re so used to Rick Grimes and company taking the path of most resistance, pushing back harder against whoever’s trying to intimidate them, but what if that wasn’t an option? What then? It’s not a question answered here. That’s a matter for What Comes After, but if anyone thought that The Walking Dead had settled into comfort and complacency, then they’re due a big surprise with a book that lives up to the title.

Book Nine of the hardcover Walking Dead series also features this content, and it starts the eight paperbacks comprising the third Compendium. 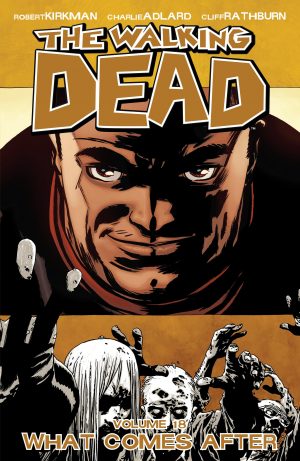 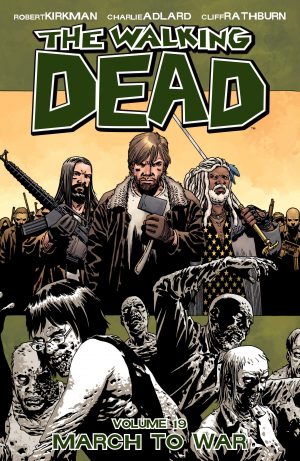 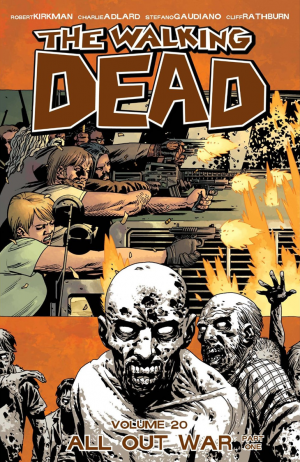