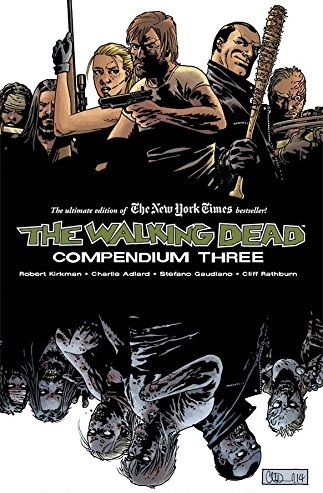 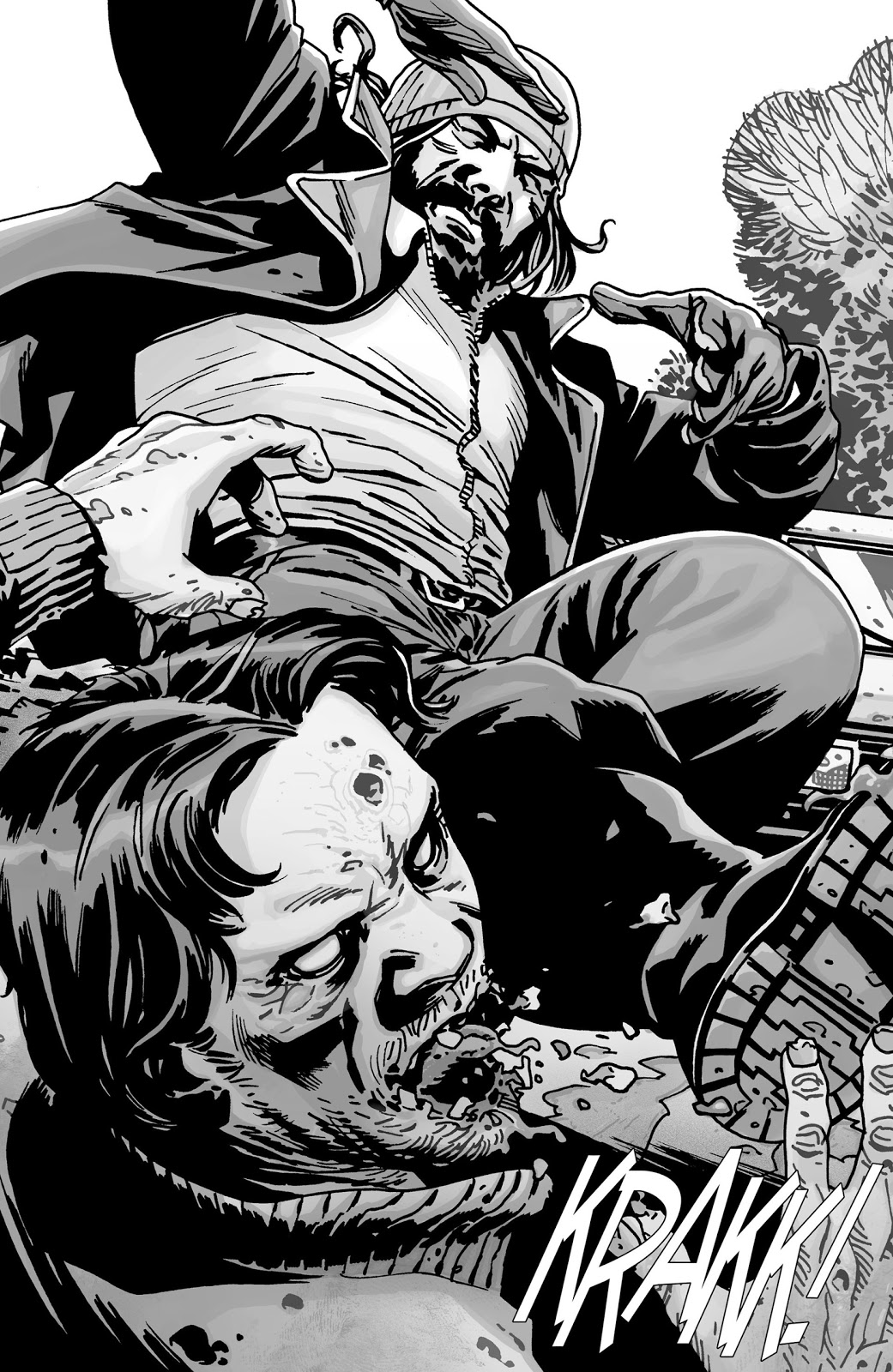 It says something for how much Robert Kirkman enjoyed writing the antagonistic character of Negan that he features in every single one of the eight paperbacks collected here, from Volume 17: Something to Fear to Volume 24: Life and Death. He’s the primary villain in most, an intelligent, manipulative man who rules his thugs through fear, disfiguring them with a hot iron for infractions and battering foes to death with his baseball bat wrapped in barbed wire. He calls it Lucille, and refers to how she needs fed, which is as good an indication as any as to his possibly psychotic character. However, the clever thing is, it may all be an act to keep his followers off balance and in their place.

Negan runs a bunch of thugs who extort produce from local communities, running a form of protection racket. He’s more intense and credible version of the Governor from earlier in the series, ruling his own community on the work of others. “Little pig, little pig let me in” has never read as chillingly.

How serious is Negan? Well, Kirkman establishes his credentials by having him kill a long-running member of the cast. That highlights another strength of Kirkman’s plotting. He’s extraordinarily unsentimental about his creations. With a TV show on the go perhaps Rick and Carl Grimes are safe, but pretty well anyone else is shuffled off if it’ll make for a good dramatic moment. Of course, it wouldn’t matter if he hadn’t so skilfully built those characters in the first place, ensuring we like them.

As with the previous Compendiums, including eight books means a lot of ground is covered. There’s an illusion of comfort and a settled existence at the start, and by the end it’s far more a reality, but of course, much has changed, including a leap forward of what seems a couple of years.

The final issue reprinted is Charlie Adlard’s 138th consecutive Walking Dead story, one of the longest runs ever on a regular series. He’s always been good, and even though midway through this collection he pulls back a little, only producing pencils for Stefano Gaudiano to ink, the difference is very slight, Gaudiano sticking closely to the established look. Adlard has always disciplined himself well by moving the visual angles around for the long conversation sequences, and continues to produce some wonderful spreads and full pages. In the intensity of some conflicts the blood runs freely, so we should be grateful the book is in black and white.

By the end of this volume there’s a new threat well established, proving life never becomes any easier in this cursed world, and if you can’t wait for the next Compendium the story continues in either Book Thirteen (hardcover) or No Turning Back (paperback). If you’ve not previously read The Walking Dead and really want to commit, all three Compendiums are available in a slipcased edition with extra material, including the Here’s Negan hardcover. 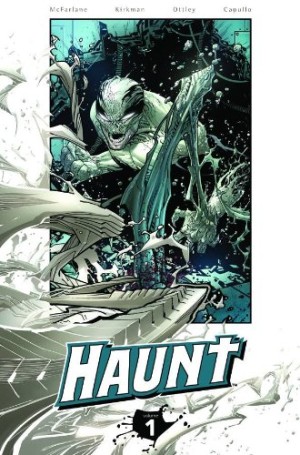