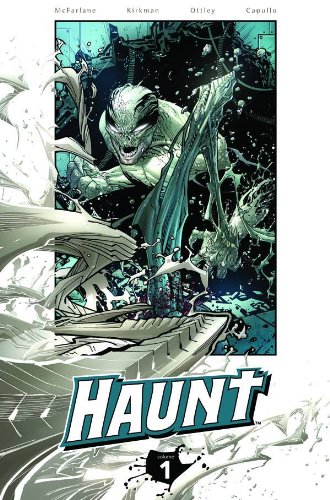 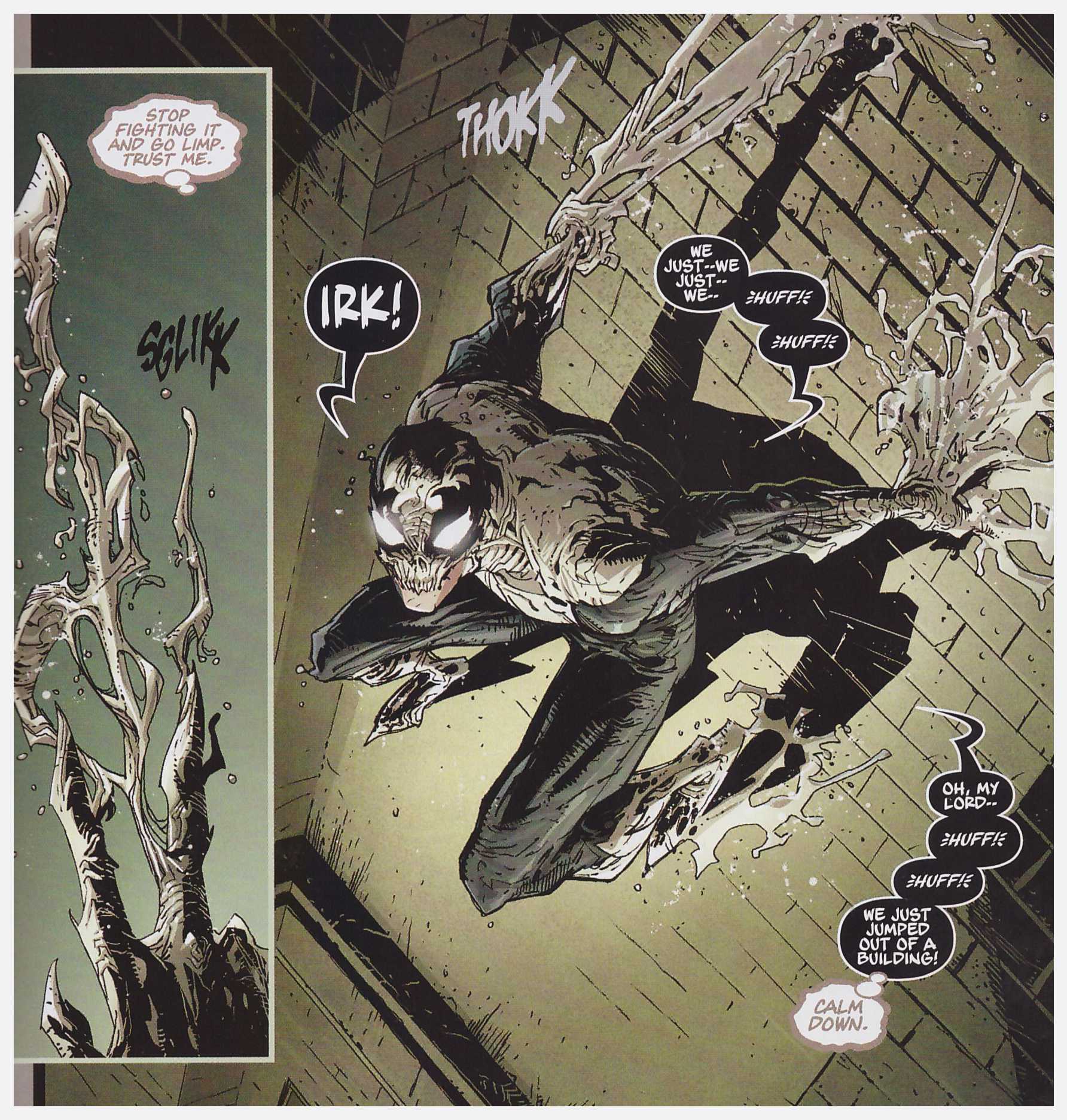 Early in his career when still drawing comics Todd McFarlane illustrated a memorably excessive version of Venom in Spider-Man. This is relevant as he’s noted as co-creator of Haunt, starring a symbiote with a very similar visual appearance. It’s the result of dead assassin Kurt somehow possessing his still living brother Dan, who may be a priest, but is very much a rage-fuelled individual.

Kurt died after taking his own decisions on a mission, killed by those he was working with who refuse to believe he’s not witholding missing papers. Their scorched Earth search then transfers to his loved ones, which is where Dan comes in. Given their respective careers, the brothers already have a complex love/hate relationship, and this is further explored as the book continues. Kurt should have passed on, but remains trapped and connected to his brother, who hangs around as a ghost that only Dan can hear. When Dan is threatened, though, Kurt can possess his body to create a savage masked creature with sharp teeth, claws and an excess of trailing ectoplasm, that aspect more reminiscent of the Spider-Man McFarlane once drew.

Haunt is drawn, for this volume at least, by Ryan Ottley, who’s barely recognisable as the artist of Invincible. He’s working from layouts provided by McFarlane’s long-time collaborator Greg Capullo, and inked by McFarlane, but looks far better when left to his own devices toward the end. The art, though, is an uneasy mix, and while the sequences with Haunt are fine, much of the rest lacks the real visceral look you’d expect for the theme. He also fails to convince with the cast. We’re expected to believe, for instance, that two of the three top officials in a covert agency are impossibly glamorous women looking to be barely out of their teens.

McFarlane’s co-creator is Robert Kirkman, but this is a curiously soul-less going through the motions affair for all the tortured posturing of Dan Kilgore. It poses a few questions, answers them relatively quickly, delivers some deliberately gruesome shocks, and sets up a series, but everyone involved has been better elsewhere. The fractious relationship between Dan and his brother works well, but little effort is made to characterise anyone else other than the main villain, and he’s ridiculous. Despite it being the horror and eviscerations intended to sell the idea of Haunt, there are far too many blank slates. The best moment occurs near the end when an enraged Dan (or ghost thereof) explains the basics of his marriage: “She’s sitting there telling me all about her day, and all I can think about is how I popped a guy’s eyeball out so he would give me some kind of data card.” 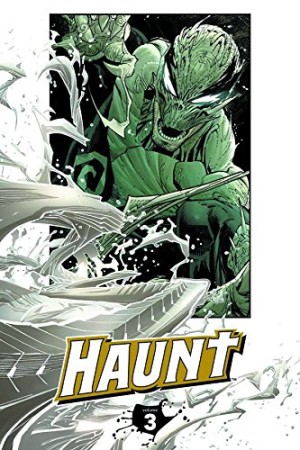 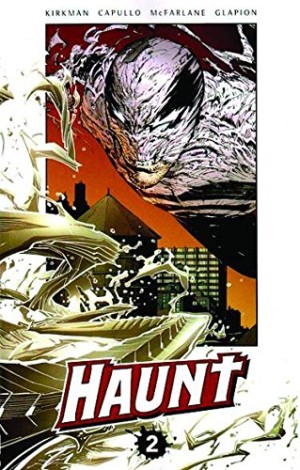