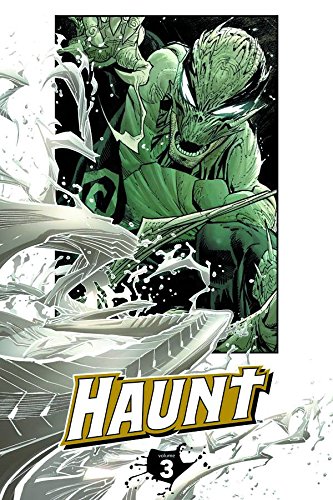 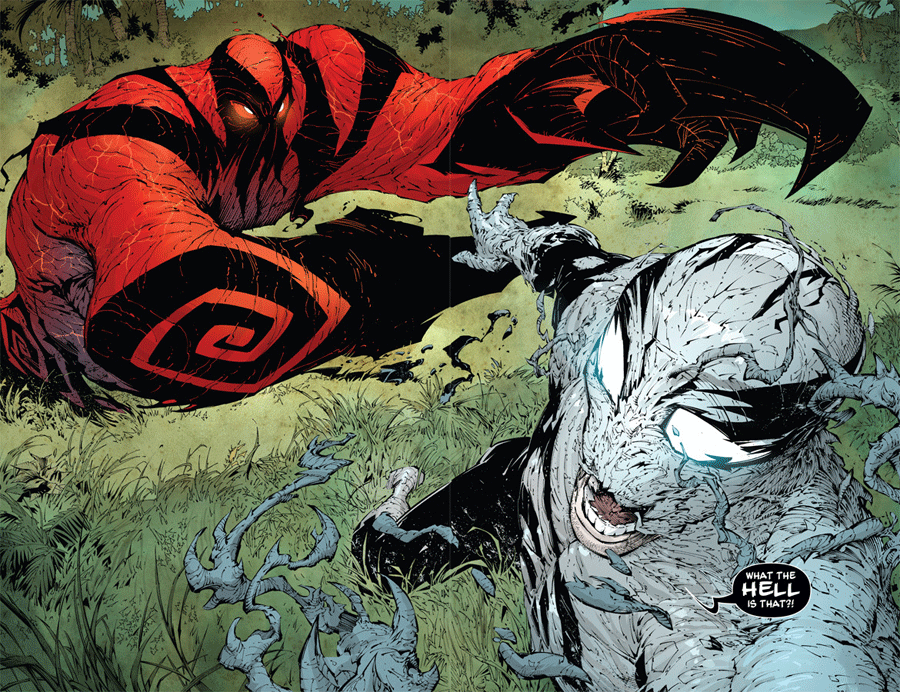 The feral creature that results from the merger of Daniel Kilgore with the ghost of his dead brother Kurt has now been established, and while still a relatively recent process, Dan’s used to the idea. As seen in volume two he’s also qualified to go on action missions with veteran operatives, the theory being that the skills he’s been taught can protect him. This is just as well, since there’s something large, powerful and threatening known as the Apparition tracking Kurt’s ghost, and Haunt isn’t appearing when required.

Artist Greg Capullo has come up with an interesting visual for this new creature, a sort of bulkier and even more fearsome version of what Haunt is. As Carnage is to Venom you might say. There is an explanation. “Your existence is not natural. There are forces that prevent your brother from lingering in this realm. The Apparition is part of those forces.” The Apparition occupies much of the book, and rapidly wears out its welcome.

This is Robert Kirkman’s final volume writing Haunt, and it’s fair to speculate whether or not he departed considering it was a job well done. There’s very little that’s original about Haunt, and originality among the trappings has been a Kirkman trademark since the earliest days of his career. At least he provides a few explanations for this torturous melodrama before heading for the exit, and by the end of them it appears there’s hardly anyone in the series not having their strings jerked. Several characters introduced still have no purpose, and the head of the Agency still resembles a teenage super model. Actually, so does pretty well every woman in the book.

Capullo’s art continues to be scratchy and dynamic, his pages prioritising movement and action, and often very gruesome. There’s no regulation here, and Capullo depicts limbs flying off in all directions.

Joe Casey and Nathan Fox take over what Kirkman has bequeathed in volume four.