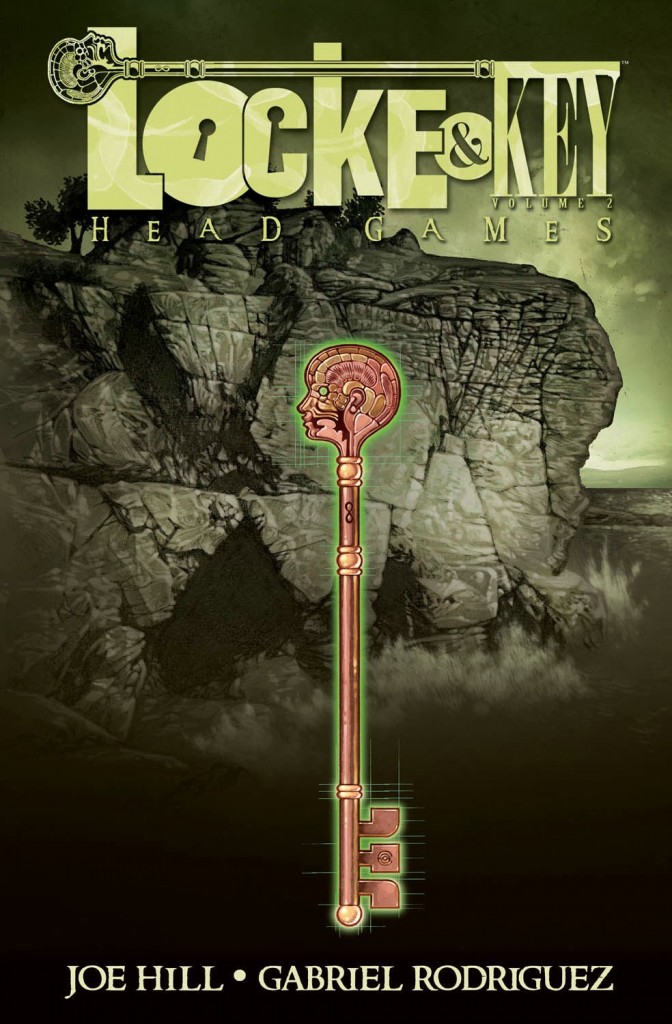 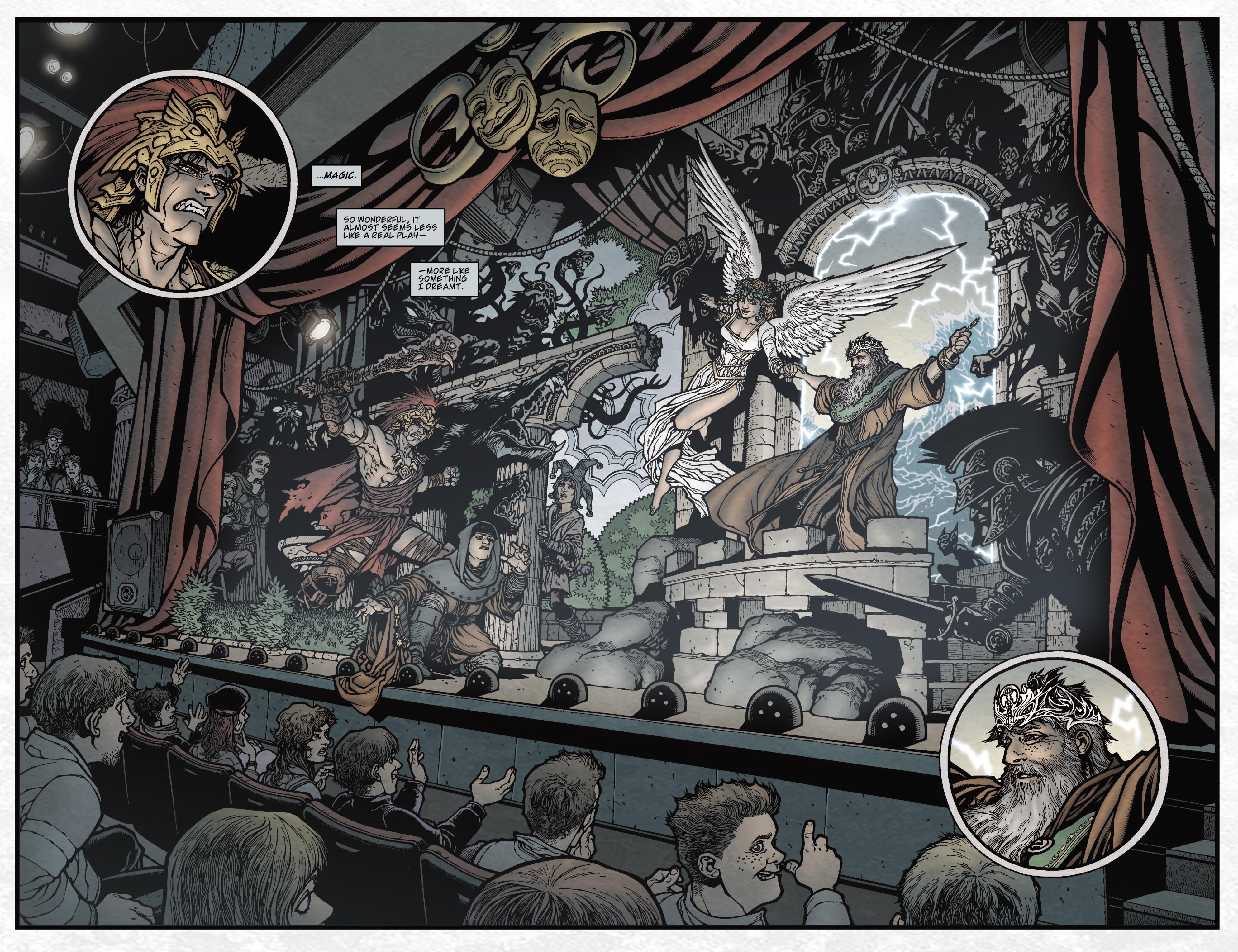 The premise of Locke & Key able to sustain an ongoing series was set up very professionally in an opening graphic novel also offering a tense horror story. As seen in Welcome to Lovecraft the Locke family have moved to the crumbling old New England mansion where their father grew up. They fended off the murderer who killed him, but also discovered impossible events can occur when they walk through a door. It’s just a matter of locating the correct key, and that’s where a clever construction of mythology begins.

That tense first graphic novel also saw what appears to be a manipulative and dangerous presence reincarnated, and they’re a concern to an old teacher. A skill possessed by really good writers is the ability to convince with characters far removed from their own experience, and in the first chapter Joe Hill brings us Joe Ridgeway, who’s taught at Lovecraft High School for 35 years and is way past retirement. This Joe is convinced he’s seen a ghost. And he has. It’s a fascinating chapter of charm, elegance and inevitability.

Plenty more good writing follows, from offhand comments about the school hockey team to the shivers created by the youngest of the Locke family, Bode, going around the house trying to find a fit for the key he fished out of the river. Hill’s already shown us how keys can be used by those aware of their properties. Having created a sympathetic portrait of an old man, Hill’s also excellent as he continues to build the Locke children. They’re not shaking off the traumas of what they’ve been through. This, though, is all to bolster the main plot. There’s a reason the book’s called Head Games, and Hill will surely shock everyone with it. It’s superb.

Gabriel Rodriguez drew some very good pages in the previous book, but he’s fantastic here, expansive, decorative and best of all, ambitious. He doesn’t just draw what needs to be drawn, but knocks himself out producing a stunning representation packed with detail. Take a look at the sample page of the Lovecraft school play, which is cleverly reprised in Clockworks. There are several similar beauties in the following pages, yet never does the detail detract from what we need to know, and nor does it result in missed chapters later down the line. It’s some achievement, and among the bonus features filling the book Rodriguez takes us through his working practices, the diligence of which enshrines his natural talent.

Much of the shivering anticipation generated is via a brilliant run through of the Locke children confiding in exactly the person they shouldn’t. In a lot of horror material this would lead to a shock revelation for protagonists and readers alike, and that’s certainly a viable method, but Hill’s shown us up front what that person’s really like. Almost every horrific element of Head Games is down to them. That is until the final chapter when Hill swivels the spotlight onto another character, expanding their circumstances in equally horrific fashion.

The 21st century has proved somewhat of a golden era for original horror graphic novels, and Locke & Key is among the best. It’s unpredictable, alluring and atmospheric, so well worth your time. Crown of Shadows is next.