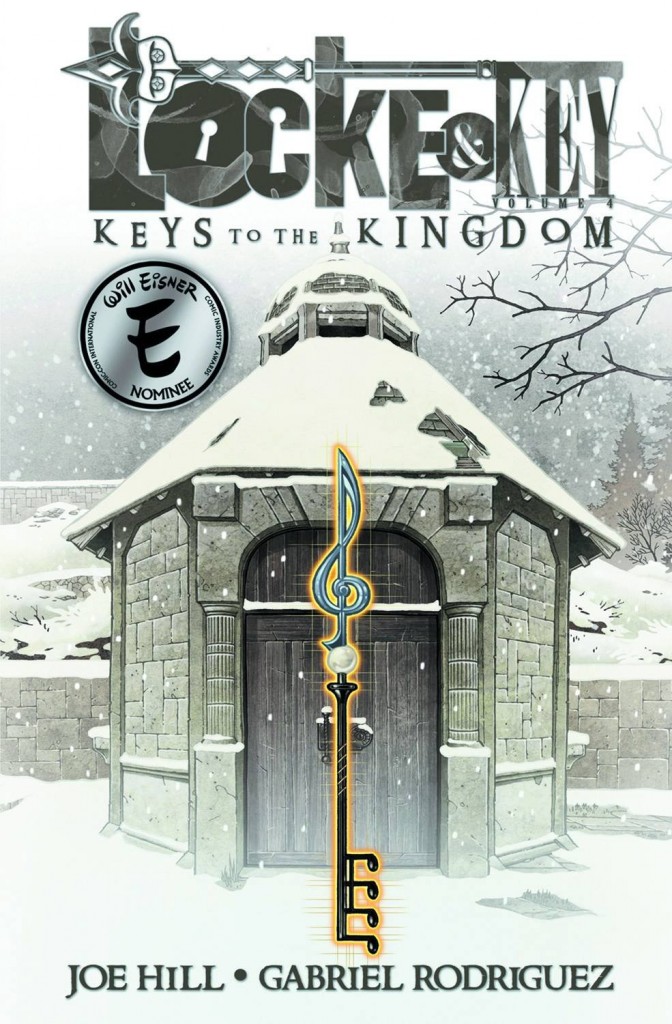 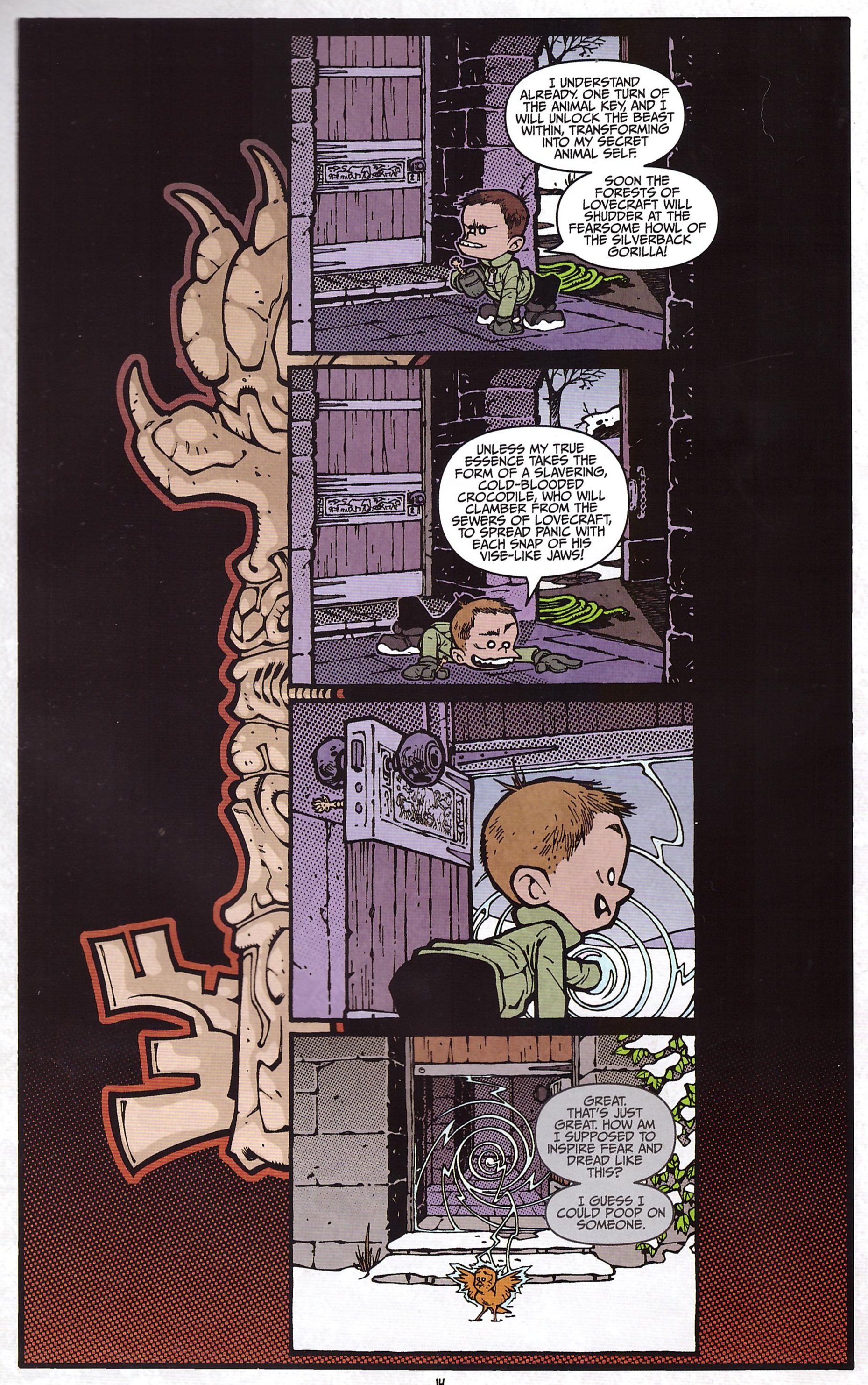 We now know the Locke family and the premise of their series pretty well, and this is exploited in a great chapter moving day by day through February sometimes a page at a time, sometimes a panel at a time. The contraction of what’s going on depends on some knowledge of the larger circumstances, so will alienate any new readers, but it’s surely unlikely anyone’s going to start the series with the fourth graphic novel. The chapter has a dual purpose of moving things forward, while also displaying the increased confidence Tyler, Kinsey and Bode have with both the strange nature of their house and the odd happenings it generates.

That’s not the only storytelling experimentation on offer. We open with a series of Calvin & Hobbes style gags featuring Bode, running vertically down the page and contrasted with more serious threats for Tyler and Kinsey. It should come as no surprise to learn that Gabriel Rodriguez is just as accomplished at producing four panel cartoon gags as he is with everything else thrown at him by Joe Hill’s scripts. These four panel sequences are surrounded by decorative motifs of elements essential to the series.

There were hints in Crown of Shadows, but the bigger picture is filled out considerably in Keys to the Kingdom, via a long conversation between two unlikely characters. By the conclusion we know exactly what Zack Wells is, his ultimate aim, other methods he employs in achieving this and a possible method of ensuring his plans don’t come to fruition. Whether or not the person who learns all this is capable of acting on it, though, is another matter entirely. It’s very nicely handled. The use of Zack all through this book is poised. He considers himself in control and manipulative, and Kinsey does seem susceptible to his charms, but cracks are appearing, and others are beginning to ferment suspicions as well. One story aspect nicely planted in the previous Crown of Shadows comes to fruition here in satisfactory fashion, and again illustrates Hill’s compact methods. When mentioned previously it seemed to be of little relevance, but was completely sneaked by us. He also continues to explore Kinsey lacking any fear, another plot device that was logically introduced, but may now have a larger purpose.

Much has altered by the end of the book, but the way Hill and Rodriguez reach that point is excellent. Clockworks continues the series.