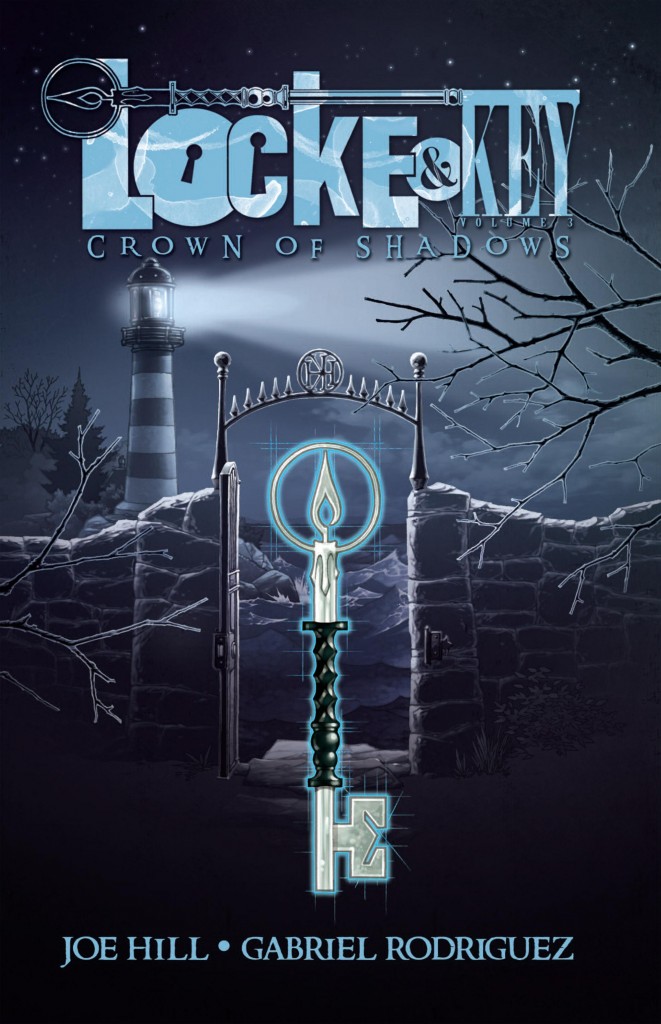 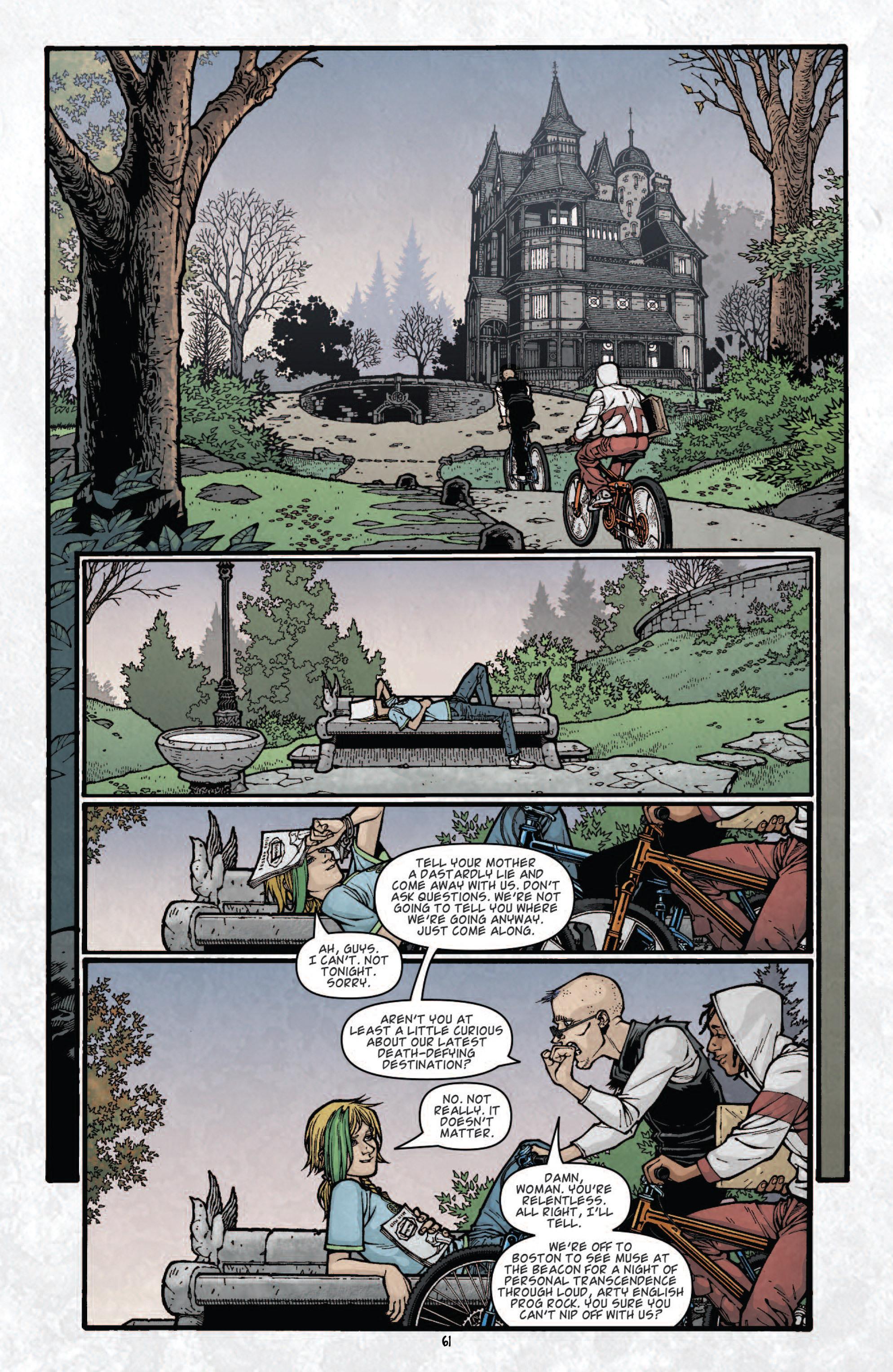 With Crown of Shadows Joe Hill takes a sweep across various methods of basically scaring the bejabbers out of readers. He switches tack again and again, yet in every case creates a life-threatening tension that takes a different form and exploits it. We have ghosts, endangered children, an invasion of demon shadows, and in the concluding chapter, the horror of coping.

For all that it drops short of being as fulfilling as the previous Head Games, which stuck with a more sustained narrative. It will be individual taste that determines the most effective material here. Those who prefer the horror hinted at by naming the location Lovecraft are supplied with a full dose over the longest sequence. A more gut-wrenching tension concerns everyday danger. It’s already been mentioned that years previously a whole bunch of Lovecraft’s teenagers died in caves, and that’s investigated further as the dangers of ignoring warning signs are portrayed. To many it’ll be the epilogue that’s the finest work here. To date Nina Locke has been depicted as crumbling to pieces after the events of the opening graphic novel, yet the mother has been a background presence rarely given a centre stage scene. That’s rectified in a gut-wrenching emotional disclosure in which Hill masterfully still finds space for some funny moments to contrast the depression, and works in an element fundamental to the ongoing plot.

The centrepiece is that demon invasion. Zack, who’s becoming a sinister character even in the presence of the Locke children, has been searching for a particular key. He’s not yet located it, but has found another that will help with the procedure. It unleashes what’s in some ways the most traditional form of horror seen in the series to date: monsters. They’re like Marvel’s Venom, all dangling threads of black ink and a tendency toward enveloping people, but used in novel fashion. Their method of communication is excellent for starters. Gabriel Rodriguez has been memorable while never sacrificing clarity for detail in his art, and he shines even more on a chapter of which fifty percent is full pages as two giants battle to conclude the threat of the shadows. If that doesn’t sound as if it fits the world of Locke & Key, you’ve not been paying attention.

Despite the central premise of found keys leading to wonder and danger being capable of sustaining an ongoing series, Locke & Key was always intended as finite, and we’ve reached the midway point. Keys to the Kingdom follows.