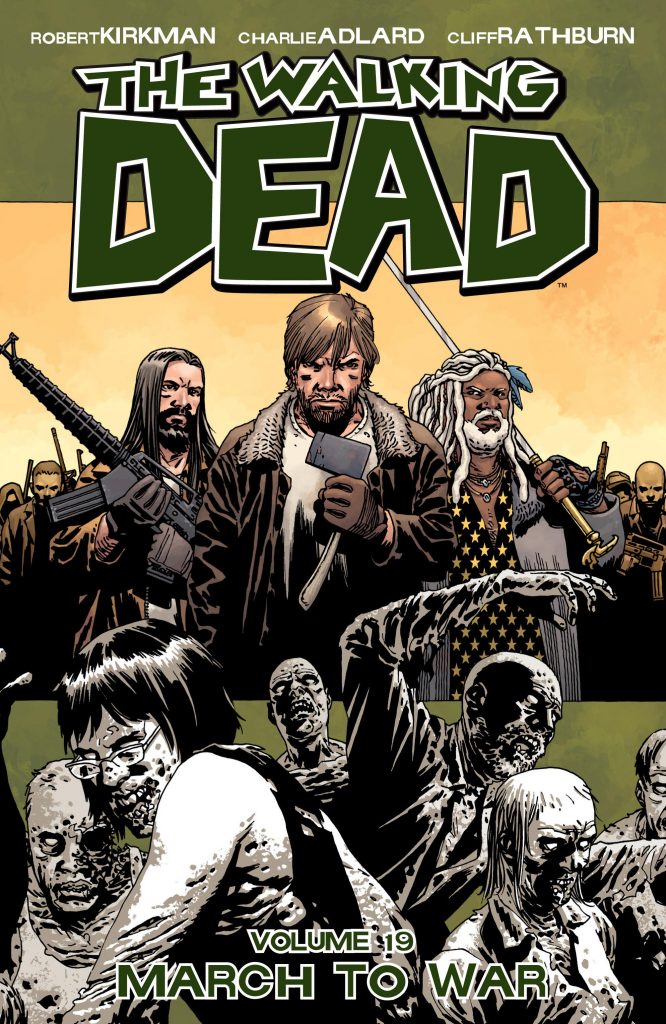 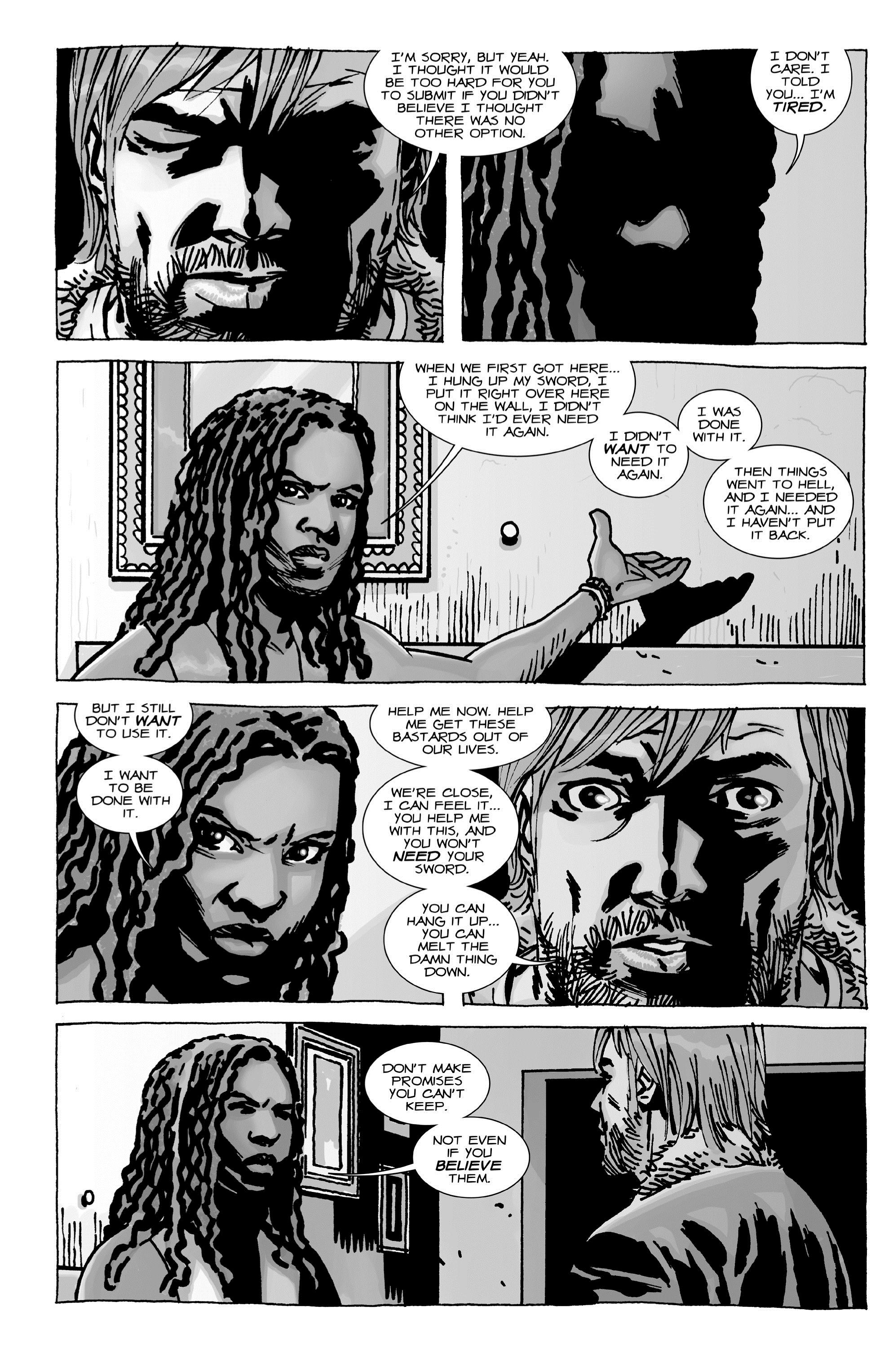 March to War takes some very strange turns as Robert Kirkman escalates the suspense toward a coming confrontation. It’s a book where we get under the skin of a lot of people, some of them newly introduced, some seen before, yet briefly, and others who’ve been part of the series for some while without being fully revealed, or whose circumstances and outlook has changed. As is frequently the case, it’s a book that starts slowly and escalates, all the while avoiding where we think Kirkman’s leading us. It’s great.

As What Comes After ended, it seemed as if there was more than a little hope that the communities from whom Negan was pillaging would have a chance of fighting back, and in between a series of meaningful conversations Kirkman has them laying out plans. Of course, there’s a common adage about the best laid plans.

March to War opens and closes with two conversations, each of them taking a different tone, but both with their inspirational moments. Rick Grimes is told “You’re a leader we can follow”, and as Kirkman’s preceding dialogue explains why that’s the case it’s like the three cherries plopping into place in front of your eyes. Equally good is what serves as Maggie’s induction into the Hilltop community, “You got a lot of people thinking of changing their ways when it comes to the dead”.

Kirkman generally precedes his plot explosions by quieter chapters in The Walking Dead, so the first half of the book is relatively sedate. Given the circumstances the tension is ever-present, but it’s rare that the major violence is front ended. A lot of the subtleties of characterisation therefore stand or fall on how well Charlie Adlard can portray them, and by now he’s an old hand. Maggie’s viewpoint leads the entire first chapter, and her various expressions and postures are the view within. Head up or head down, eyes raised, open wide or near closed, they all contribute, and he does a lot with eyebrows as well. It’s solid work, but now features cutting and pasting of head shots in places. The impression shouldn’t be given, however, that The March to War is an action free zone. When the violence erupts it’s bloody, its surprising and there are consequences.

Kirkman has spent this and the previous two books setting up a proper confrontation with Negan, and All Out War follows, a story so big it requires two books for the telling. This is also combined with the first All Out War sequence in the hardback Walking Dead Book Ten.  Alternatively, they’re both in the third massive Walking Dead Compendium.