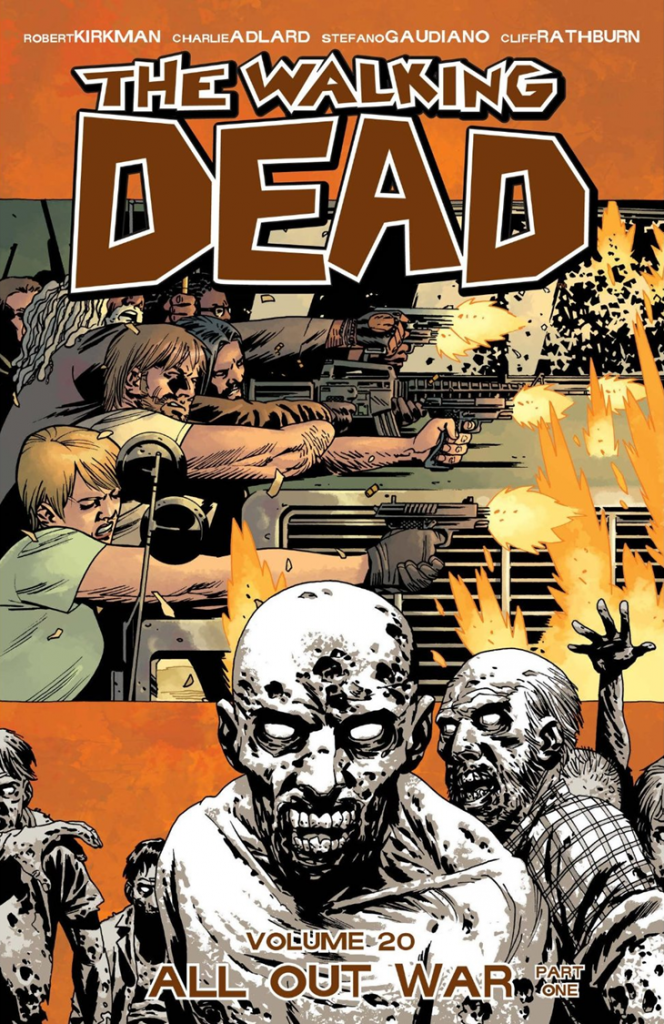 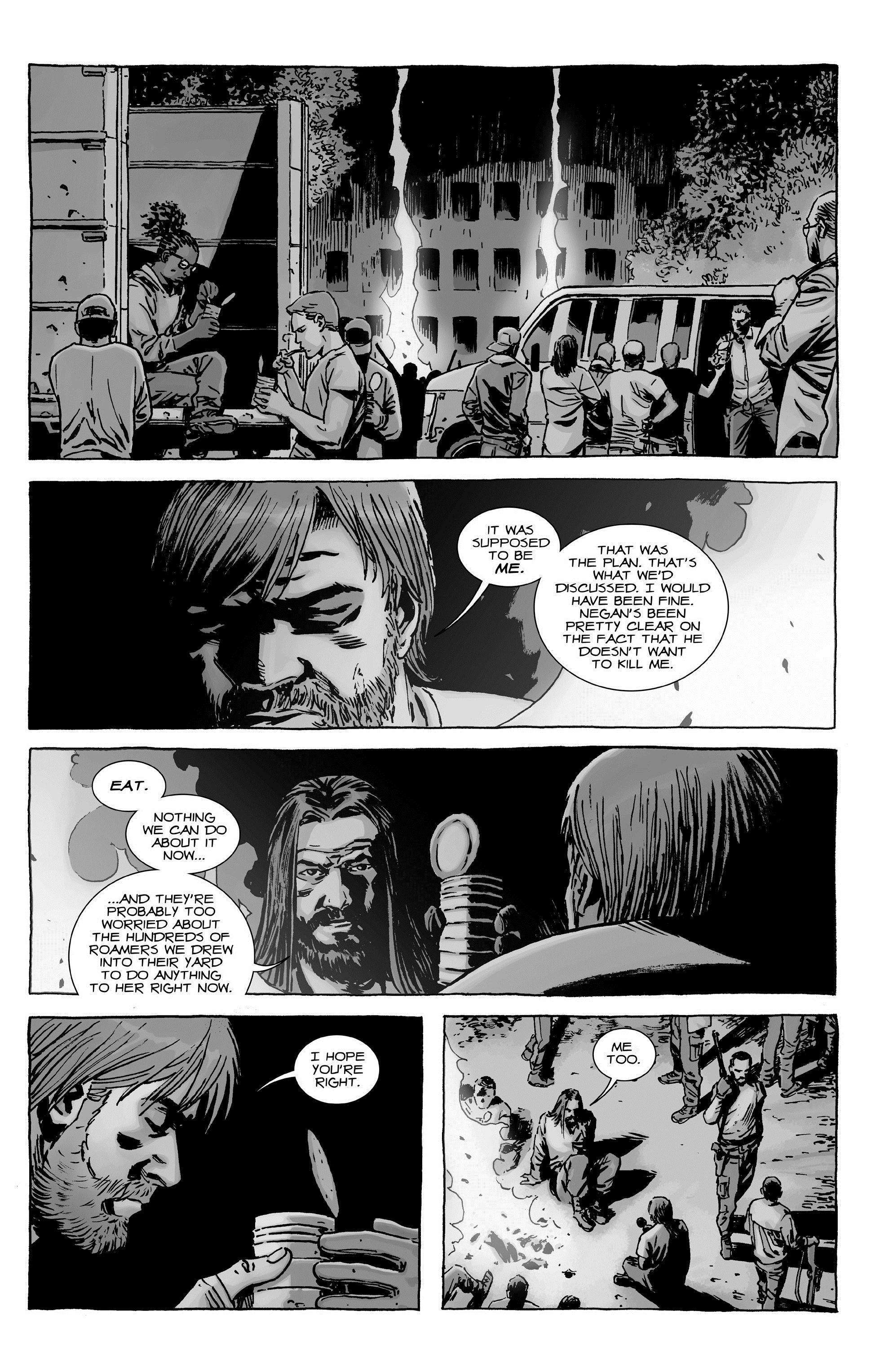 “So, today’s the day?, How do you feel?” Andrea asks Rick Grimes in the opening pages. “Overwhelmed”, is the response, “This is big. Bigger than anything we’ve ever done”. Indeed it is, so big that the last three Walking Dead graphic novels have been building toward this, the story so big it can’t be contained by the single trade paperback and has to be continued in volume 21.

A gangleader called Negan has been extorting supplies from assorted communities, and proved himself unpredictable, tactically sound, and sadistically violent in ensuring his intimidation remains in the memory. He’s prompted a war of ideals. There are the accepting who consider the regular provision of supplies to Negan the price to be paid for peace, while others can’t see any progress for the scattered groups who’ve survived the zombies if it’s at the whim of a tyrant.

With a decision made to continue this story arc far longer than is usual for The Walking Dead, Robert Kirkman has the luxury of involving more than just a single decisive battle. Wars are an accumulation of conflicts, and that’s what he writes over two books, but with plenty of time to focus on individual character detail. Much of that concerns a response to loss. There is no war without casualties, and plenty feature. While there have been individual deaths, not since the early days of the zombies have so many people died or been severely injured, and this takes an emotional toll that’s well conveyed. And as previously, Negan is brilliantly portrayed, a toweringly arrogant and self-justifying despot. Midway through the book he states “We’re not monsters” after definitively proving the opposite.

Being, in effect, a war comic, there are fewer surprises in this segment of All Out War, although those that do occur have the usual impact. What the war theme does is free Charlie Adlard to some extent. In most most Walking Dead volumes the ratio of talk to action weighs heavily toward the talk, but here Adlard can cut loose and really seems to be enjoying himself. Interestingly, he doesn’t take the wide view as often as he might, but that’s not to avoid work as individual panels are still packed with background detail.

As ever, the hardback compilation Book Ten encompasses this and the previous March to War, while both can be found along with the previous two and next four volumes in the massive third Walking Dead Compendium. All Out War Part Two follows.