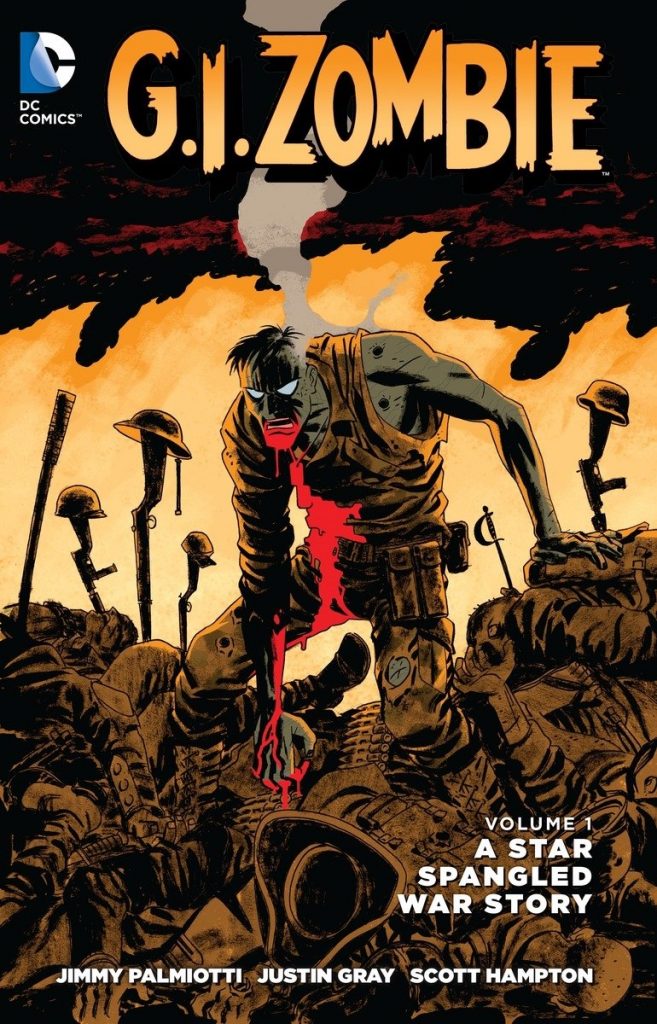 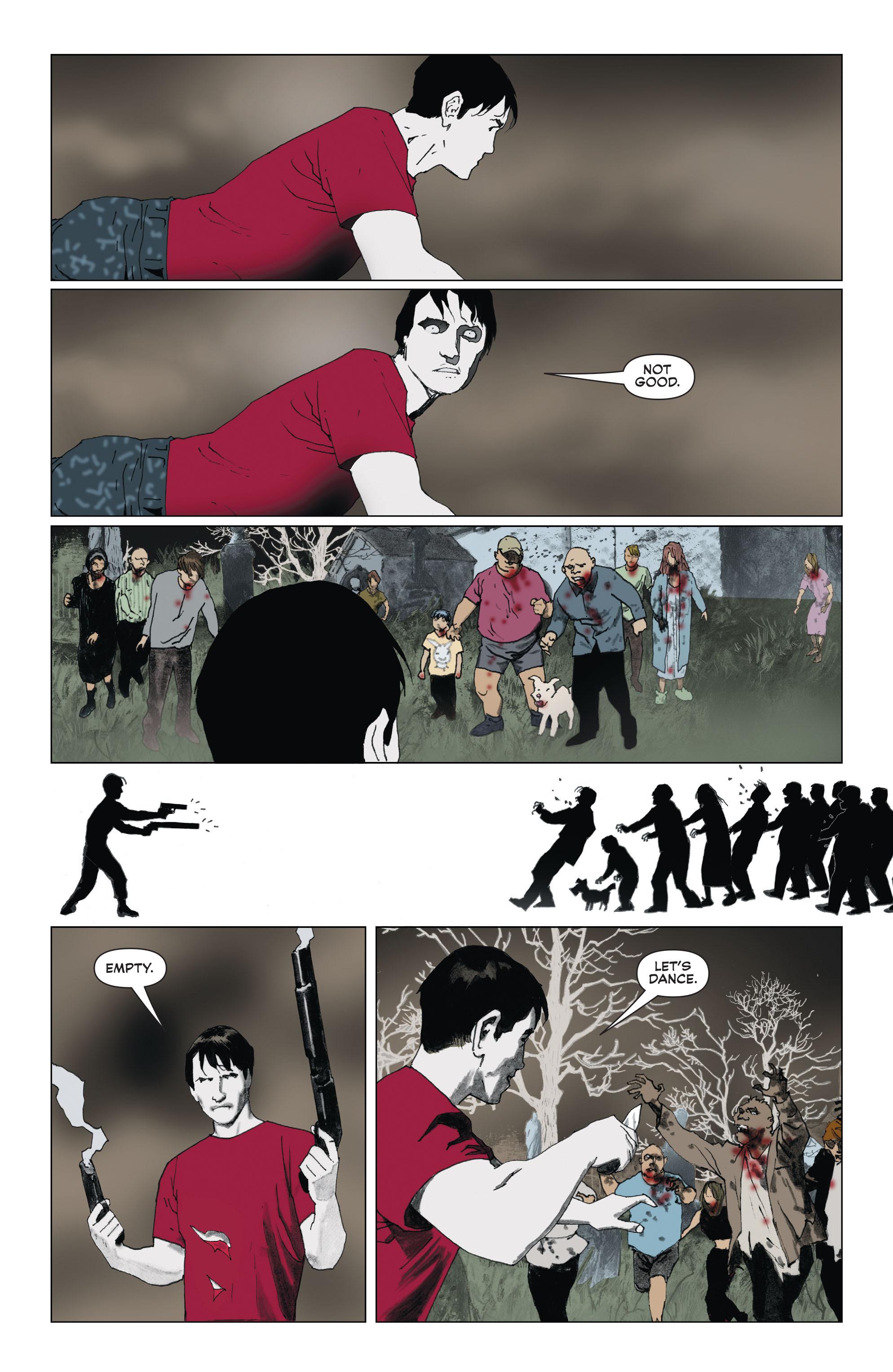 In a stunning opening statement of intent over eight pages we meet Tiff in a sleazy biker’s bar very keen to get to know the bikers running the place. So keen in fact, that when they bring in a captured federal agent she has no compunctions proving her bonafides by setting about him in gruesome fashion.

The scene then switches to a motel where we’re introduced to Carmen King and Jared, respectively a seasoned mercenary and the zombie of the title. They’re government agents, although largely new to each others’ company, assigned to discover as much as they can about a troublesome militia organisation.

There are some clever parts to Justin Gray and Jimmy Palmiotti’s plot, such as the release of a convicted killer, but for the most part it’s them having some fun with the zombie and action-thriller genres, and entertaining the rest of us at the same time with what’s a very cinematic plot. So cinematic in fact that there’s a self-aware reference to the criminal mastermind and his hideout resembling a James Bond villain.

The issues are big, the hook is novel, the staged events work and the payoff works, yet what elevates G.I. Zombie is Scott Hampton’s art. There’s a delicacy that you wouldn’t expect from what essentially becomes a zombie comic for several chapters, as seen from the novel way he lays out the sample page. How many artists would have the wit or imagination to go for that silhouette panel? Make sure to run the magnifier over it, as it’s not just small black blobs. Those are defined figures, each posed differently. The first two panels lack much in the way of background, but the third is more characteristic of the detail Hampton supplies over the rest of the graphic novel.

If being very picky it could be pointed out that only a couple of scenes really need Jared to be a zombie (but these are good) and that the revelations over the final pages are just too contrived. The story could have survived without them. Forget that. G.I. Zombie is a very enjoyable read.