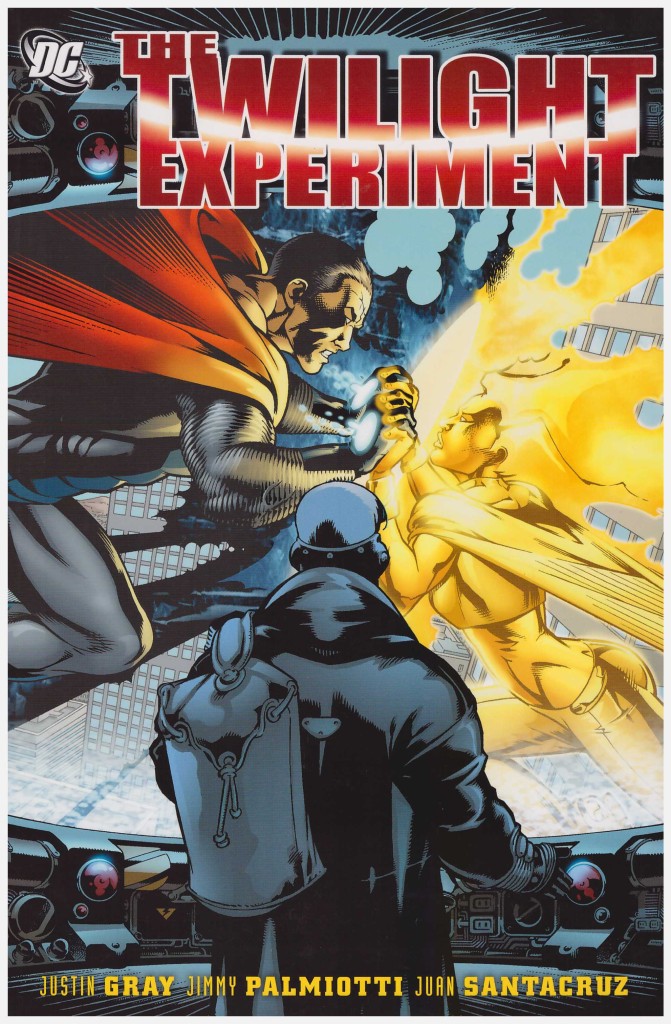 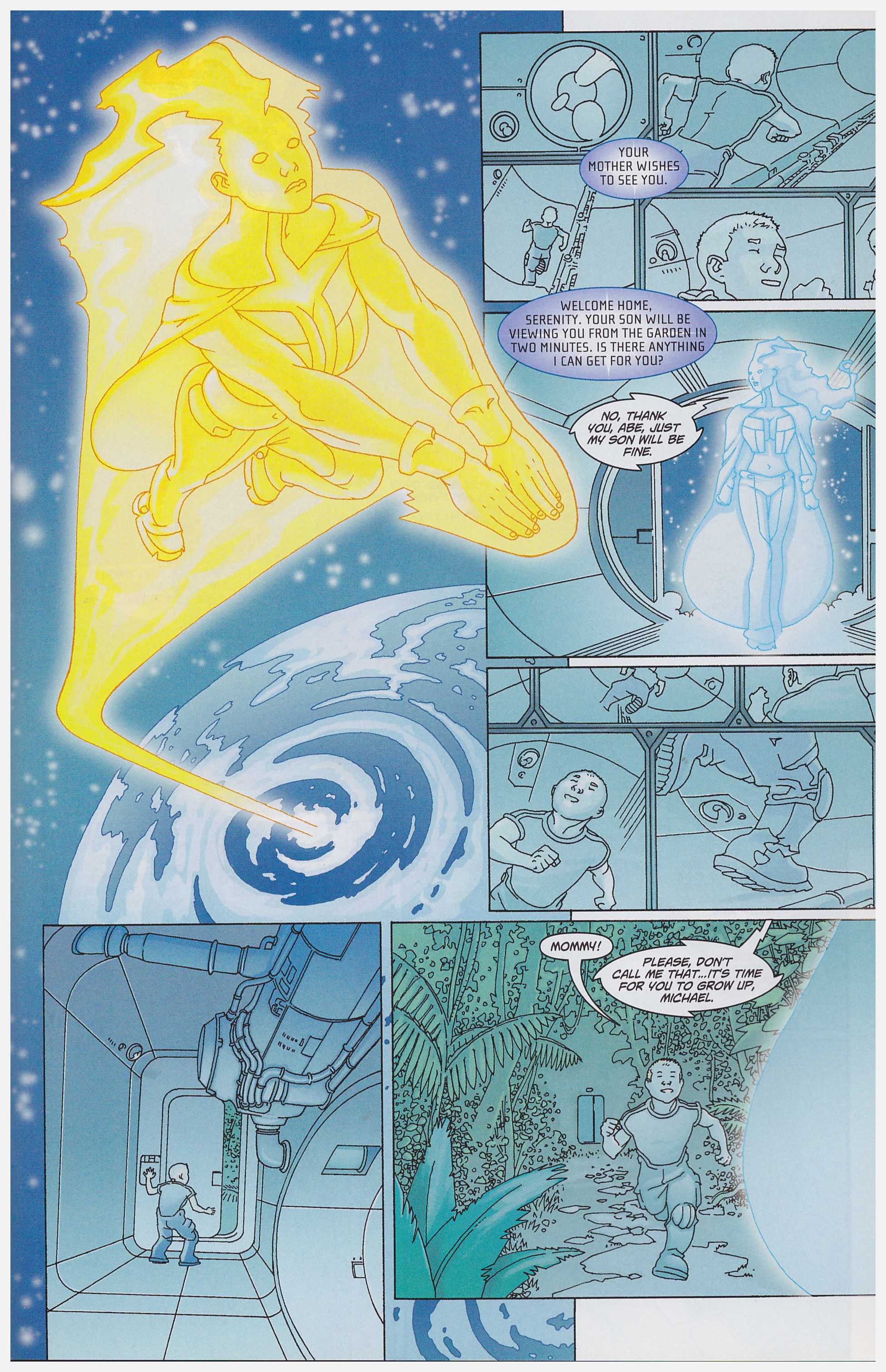 The writing team of Justin Gray and Jimmy Palmiotti set up an opening chapter packed with seemingly unconnected events and individuals that, in the best narrative fashion, they then tie together. We’re introduced to an eight year old boy, isolated on a space station and protected by an artificial intelligence that runs the facility. A young girl emerges from a car in a disaster zone, helpless and her sister dead. She becomes a paramedic. There’s an almost alien superheroine, mother of the boy, off to fight her final battle, and there are hints of an alien civilisation on Earth.

Around halfway through, ten years after the opening material, everything unites just as one of the world’s greatest threats re-emerges. At that point the tone shifts from science-fiction based puzzle to more traditional superhero fare, although still with a strong science-fiction element. Gray and Palmiotti have delivered their set-up well, though, and as we’ve come to care for and understand the primary cast there’s a tension supplied by these not being standard DC superheroes. They’re created for a purpose, their names aren’t in the title, and there’s no Twilight Experiment book two.

On the face of it the all-powerful being let loose once again has a viable agenda. He wants to ensure no weapons of mass destruction remain on Earth, yet anyone disagreeing with this agenda falls victim to the one remaining weapon of mass destruction. There’s also the slightly inconvenient matter of the planet’s imminent demise due to matters unknown to most, and certainly beyond their ability to prevent.

Juan Santacruz is an excellent artist. He’s a naturalistic storyteller providing dynamic layouts and not skimping on the detail that creates a credible environment, be it a space station, a city or an alien culture. This extends down to the packed shelves of a remote general store in Colorado.

The Twilight Experiment isn’t a lost masterpiece awaiting rediscovery, but it rather slipped through the cracks when published, and deserves better. The suspense infused by the unfamiliar cast goes a long way, and there’s a widescreen blockbuster plot. This can be had very cheaply today, and it’s worth it.