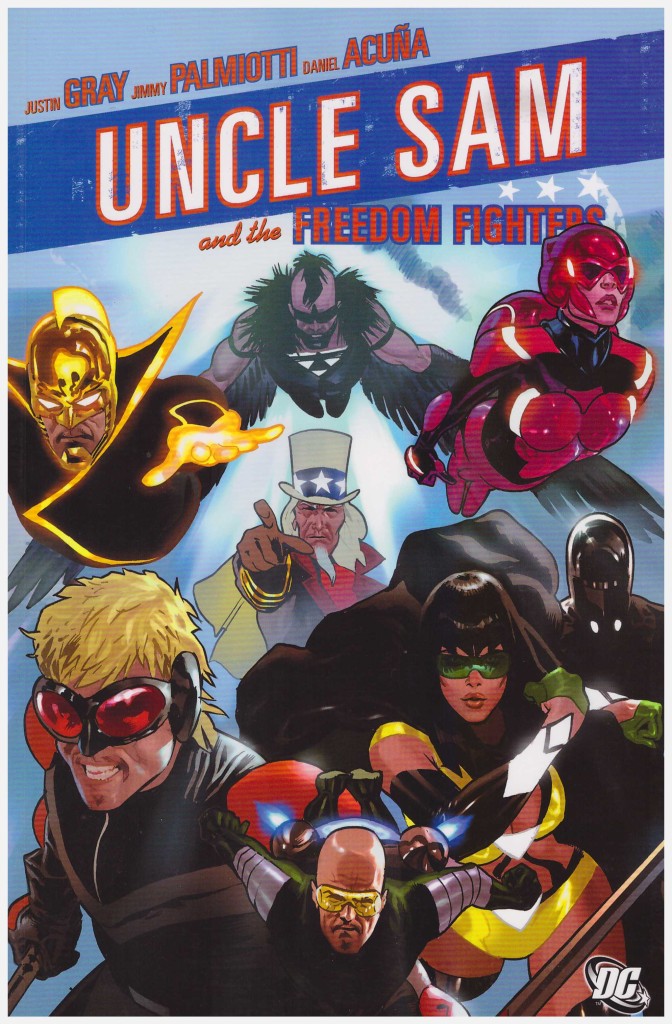 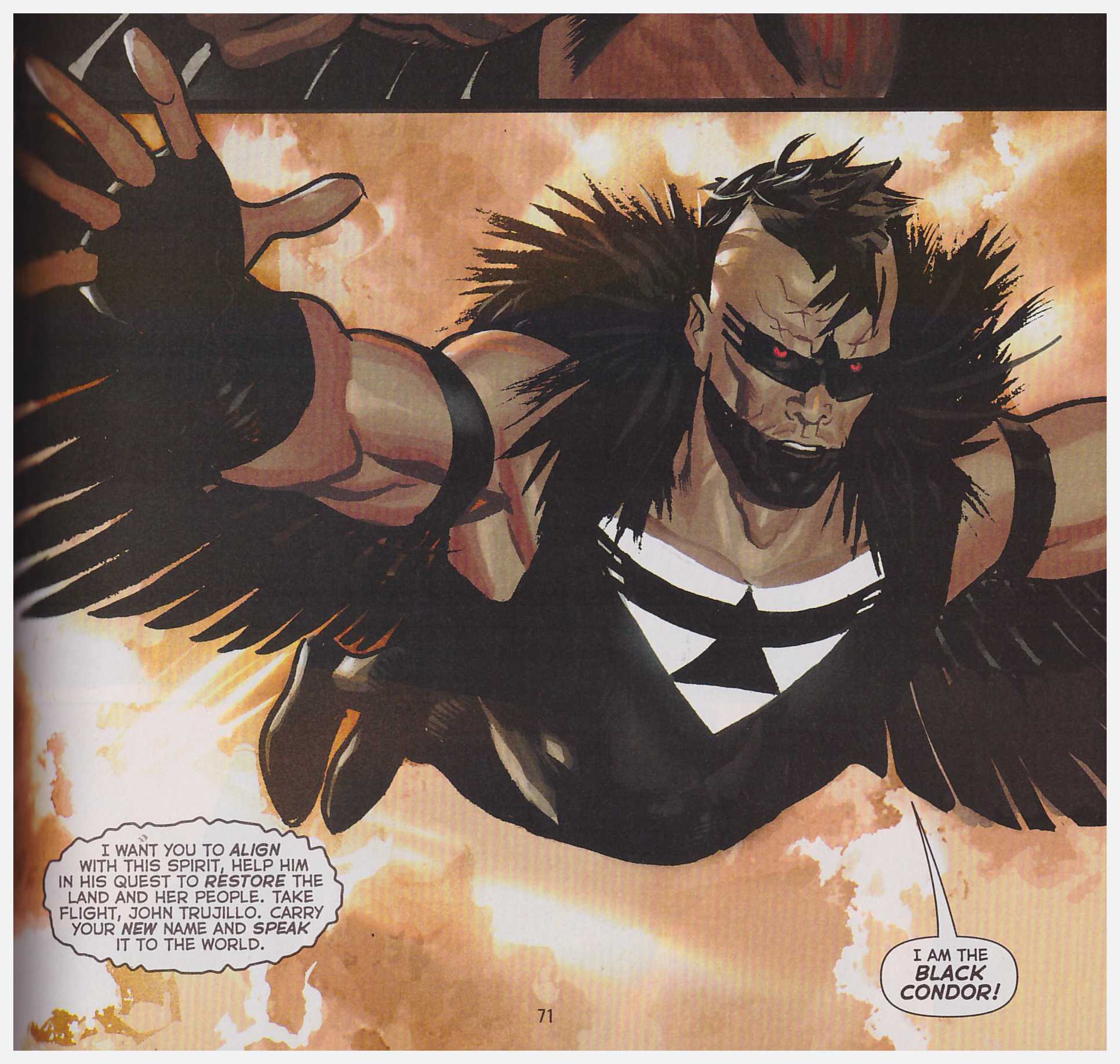 For some there’s an enduring appeal to the simplicity of the Freedom Fighters, 1940s heroes revived in the 1970s, their powers almost all archetypes. Uncle Sam is super strong. Black Condor can fly. Doll Man is six inches tall. Phantom Lady is athletic. The Ray fires light bolts and also flies. The athletic Firebrand was then added, and later still modified to dispense firebolts, and Phantom Lady’s abilities were upgraded more in keeping with her name. The exception to the familiar is the Human Bomb, able to explode anything his body comes into contact with other than his protective asbestos suit. The original team were gratuitously sacrificed for shock value in 2005’s Infinite Crisis, leaving the way clear for writers Justin Gray and Jimmy Palmiotti to modify the team. It’s not obvious, but credit is also given to Grant Morrison for ideas and concepts.

While this is a fast-paced and enthralling superhero story, it plays out against that political backdrop. Gray and Palmiotti set the groundwork in The Battle for Blüdhaven, introducing new versions of several Freedom Fighters, and a threat to freedom to fight against in the person of overzealous guardian of American interests Father Time. He, however, considers himself the protector of freedom, it’s just within very narrow confines. Uncle Sam’s first task is to persuade the superheroes working for Father Time that theirs is the wrong path.

Gray and Palmiotti can be relied on for a good superhero action thriller packing in the surprises, and this is no different. If the political content occasionally becomes verbose or simplistic, it’s fundamental to the story, and a balanced set of opinions across the Freedom Fighters ensures perspective. It’s a fine line, well trodden.

First impressions count, and the writers were blessed by having their story illustrated by the then little known Daniel Acuña who combines digital wizardry with an intrinsic artistic skill to produce page after enthralling page. Among comic artists his look is unique, and if the thought of a Spanish artist illustrating a story investigating American spirit seems somehow wrong, just take a look at those pages.

The character revisions and power upgrades work for the 21st century, with some ridiculous additional characters given a spit and polish that surely none would have previously considered possible. Uncle Sam as the embodiment of the American people stands out, but in the 21st century Phantom Lady is problematical. There’s no full team without her, yet she’s the unacceptable representation of earlier times, created in the tradition of World War II glamour pin-ups. She’s portrayed in a manner consistent with the past, and given a personality consistent with that portrayal, but objectivism remains high on the agenda.

Matters continually escalate, with more characters thrown into the mix, and by the satisfying finale the Freedom Fighters have been successfully reconstituted with a relevant agenda. A second graphic novel followed, but Brave New World modifies the political approach. 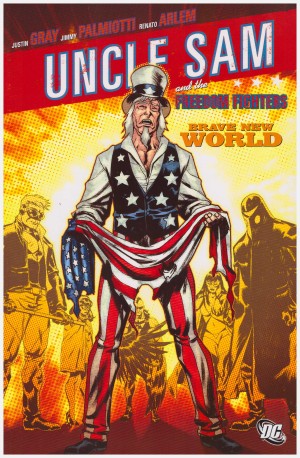