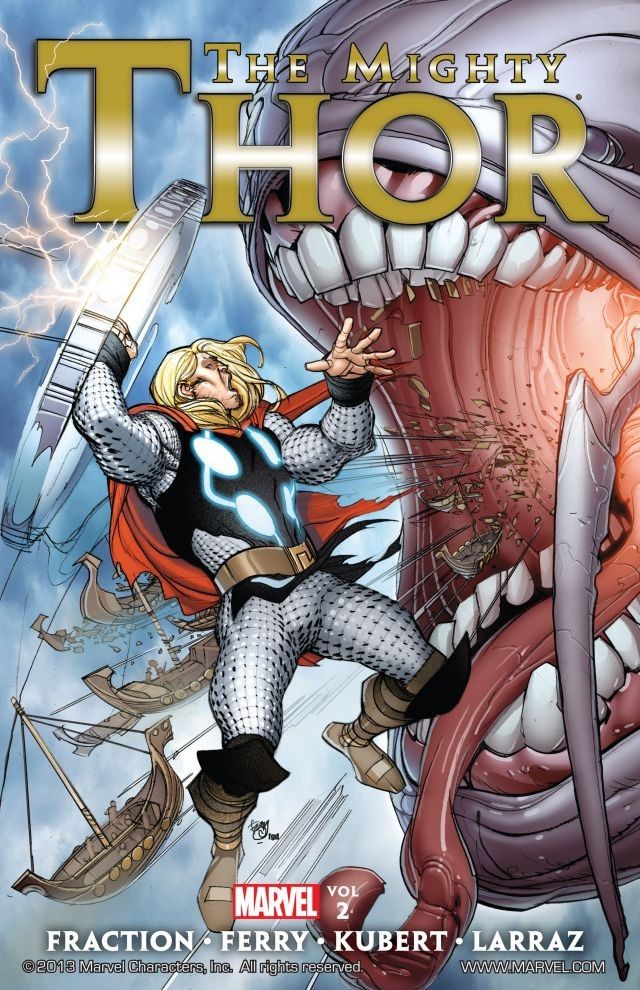 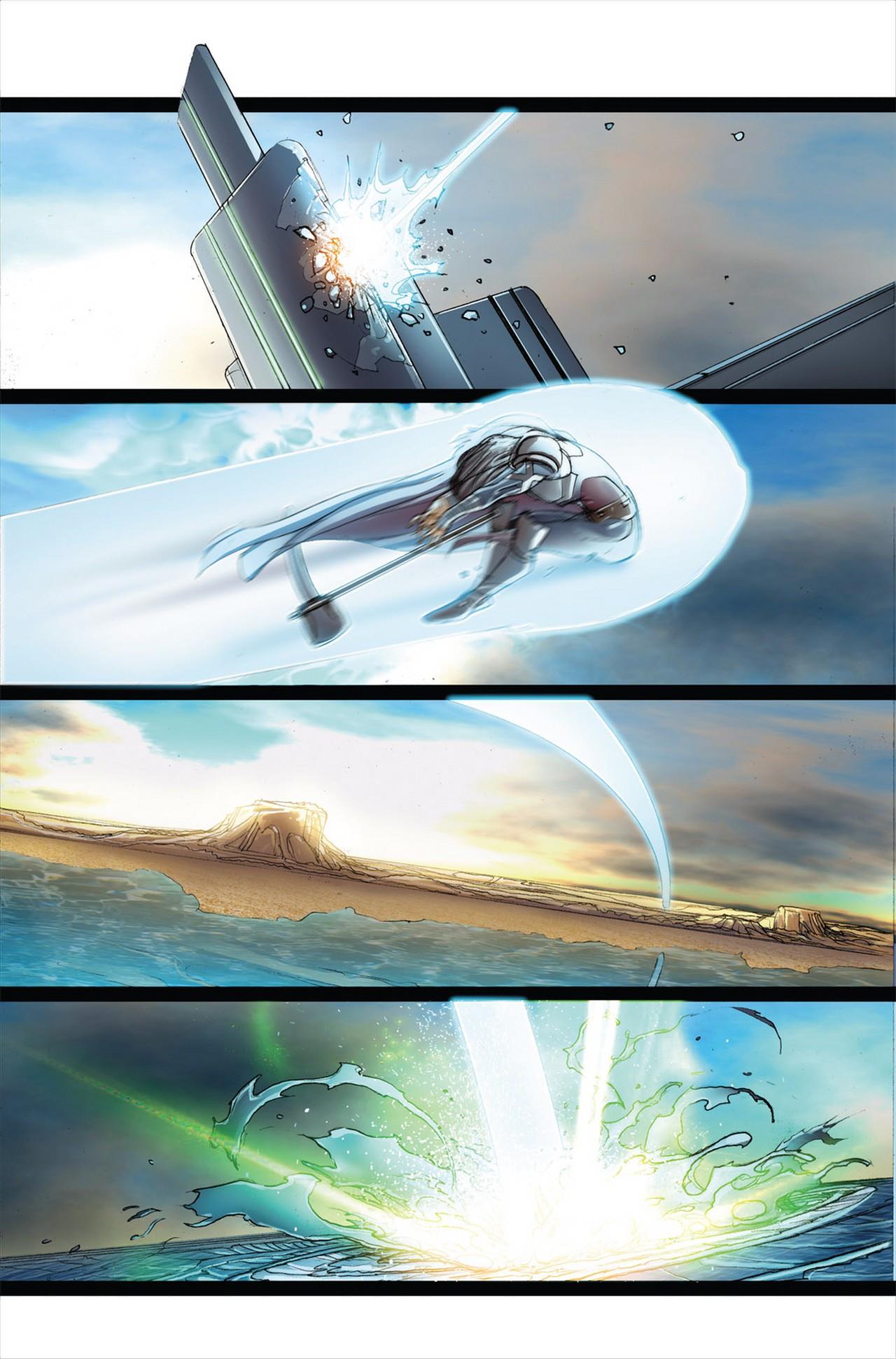 The Mighty Thor Vol. 2 opens on a tale set before Fear Itself. Way before, at the dawn of time, telling the story of how Odin became All-Father and defeated his brother the Serpent, God of Fear. When Odin consulted Yggdrassil the World Tree on how to defeat the Serpent he received a prophecy: to kill the brother the son must die. Millennia later, after the events of Fear Itself, the gates between the Earth and Asgardian space are closed. Many denizens of the Nine Realms are stranded on Earth under the watchful eye of their new leader the All-Mother. A new era begins thanks to the Tanarus, the God of Thunder, a warrior born. But Loki knows something isn’t right, that Tanarus is not his brother. When an incident jogs his memory loose, he remembers Thor but no one else does. Even Don Blake, Thor’s former host is bewitched. So where is Thor? And who is Tanarus really?

Unless you’ve read Fear Itself it’s a little confusing coming to Vol. 2. Fortunately it doesn’t take long to catch up to the main plot, but holes remain. Characters previously absent have stepped onto centre stage. When and how did the Silver Surfer return to normal since becoming human? That’s just two points in a list of many. Tie Vol. 2 in with Vol.1 and it falters. Take it as a standalone in the tradition of Walt Simonson or Lee and Kirby’s work on Thor and it’s entertaining despite the obvious problems. Writer Matt Fraction is largely responsible for that. It’s fun and funny, the dialogue suitably poetic for a Thor tale. He also ties up some plotlines from earlier Thor titles in a way that warms the heart.

Pasqual Ferry contributes to four chapters, his artwork big and bright with a look similar to an animated series. It looks odd in a Thor title but it works and there is no lack of imagination in creating and interpreting creatures from the Norse sagas. Pepe Larraz also contributes, occasionally with Ferry. He adds more detail, returns some realism to the characters and works well with Ferry. The closing chapter has the most dynamic art, going old school with Guiseppe Camuncoli doing breakdowns and Daredevil legend Klaus Janson finishing. The art gains dynamism, making Ferry and Larraz’s action sequences look staid in comparison. The battle scenes come alive and it elevates an already high artistic standard.

The problem is The Mighty Thor’s overall continuity. Fraction scripted Fear Itself and The Mighty Thor largely fills in those plot elements rather than tell its own story. That’s not Fraction’s fault since Marvel was on a massive marketing drive where every title tied into a major event. He was also writing for Uncanny X-Men and The Invincible Iron Man at the time. Was he simply too busy? In any case this isn’t his best work, but it’s good enough. Sadly, not being able to enjoy a good Thor tale, without spending swathes of dinero on other titles to get the full picture, strips away the pleasure. If it wasn’t for that, this would be a better graphic novel. It entertains, but unfortunately that’s all.

Fraction’s run on The Mighty Thor continues with Vol. 3. 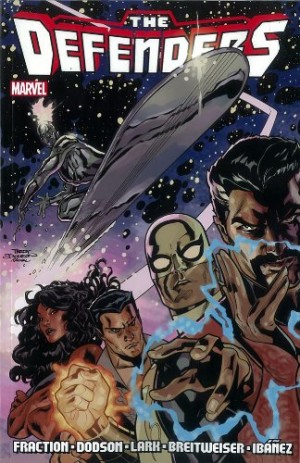