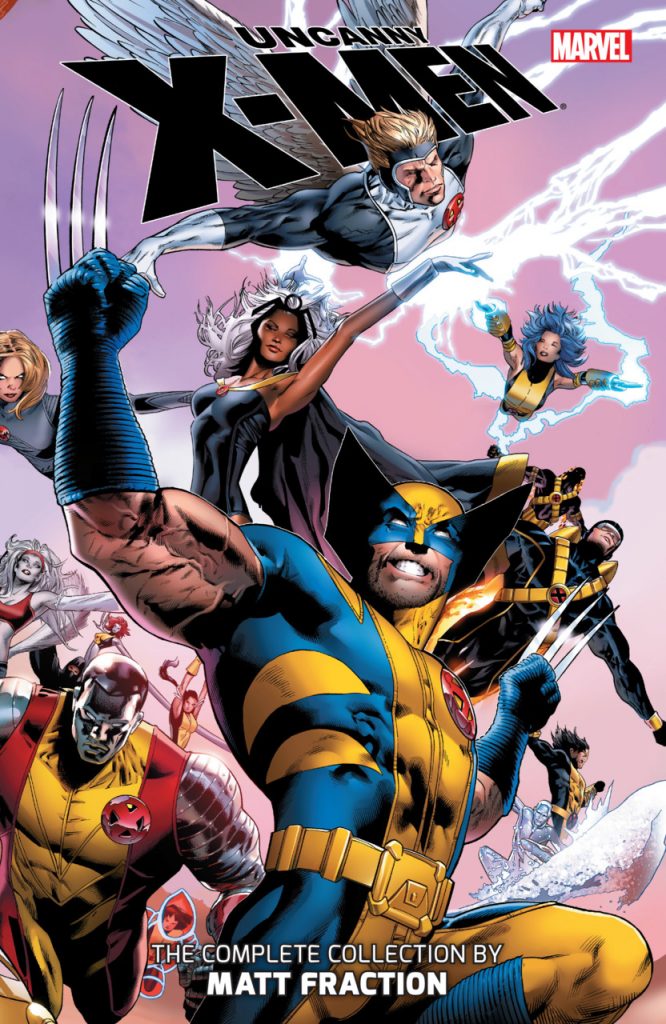 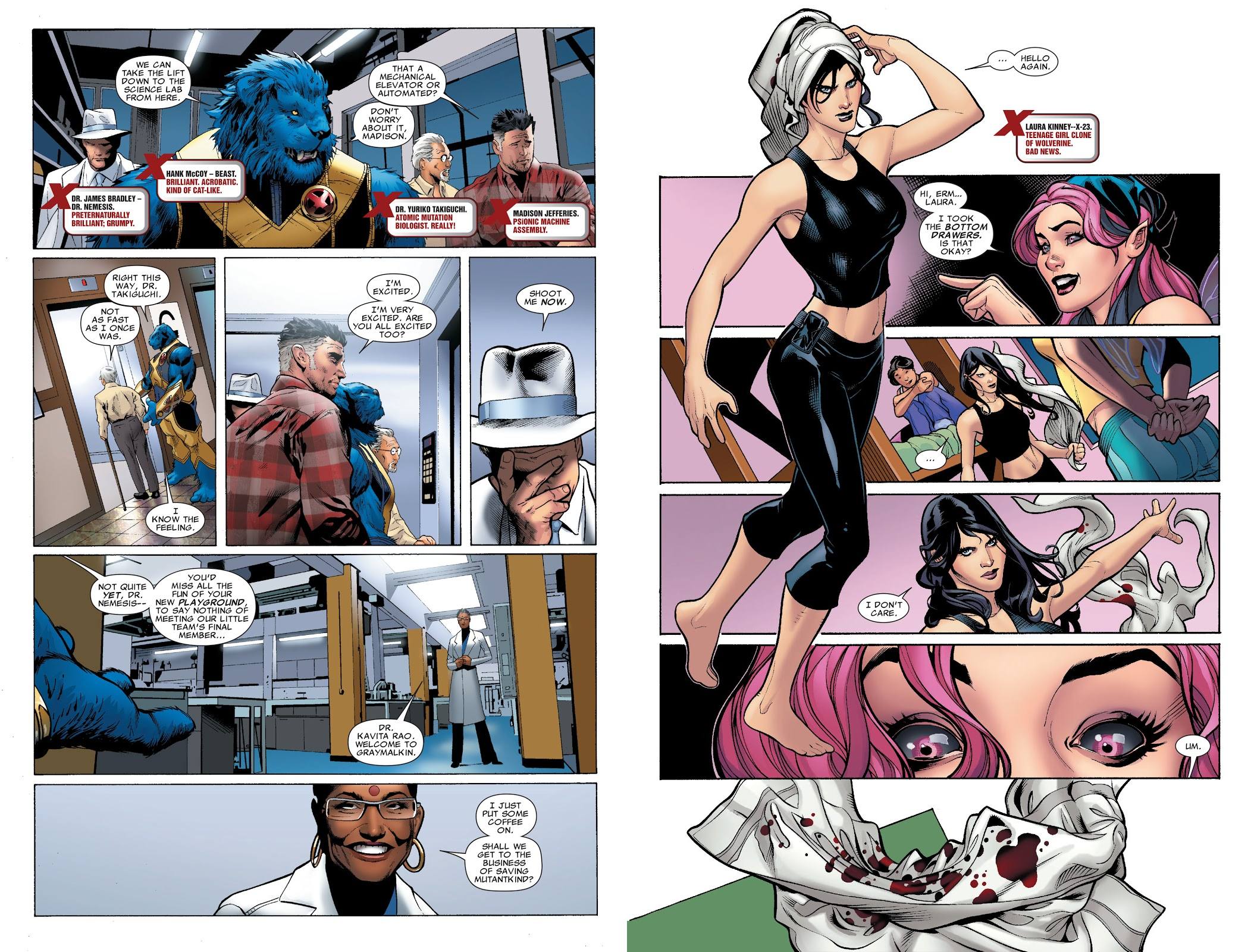 Matt Fraction’s run on X-Men lasted about three years, and while having to incorporate several events and crossovers he managed to restore some conceptual interest to a franchise that had lacked it since Grant Morrison’s exit.

Fraction starts with a largish X-Men cast resettling north of San Francisco, and continually expands them. Considerately, a character’s first appearance in any chapter is accompanied by a caption box explaining who they are and what they can do. Some readers at the time didn’t like the sardonic tone, but they do the job. For all that, it’s not just familiar old faces who reappear. The consistently offensive Dr Nemesis is an excellent reworking of an obscure character, and represents the arrogance in the cast members that Fraction twists very effectively. His version of Emma Frost isn’t someone you’d want to know, but is a credible personality, and the best story in a well written collection spotlights her complex relationship with Namor, the Sub-Mariner. He’d long been referred to as the first mutant, which, as we learn, isn’t the case, but for all that his previous contact with the X-Men had been minimal. It comes into full fruition in Volume 2, but Fraction sets the ground for his integration here.

It’s also characterised until the halfway point by the polarising art of Greg Land, responsible for more than 50% of the pages. Land’s superficially attractive style comes from being an early adopter of Photoshop’s possibilities, feeding in photographs and morphing them to his own purposes. It supplies new possibilities, but is also limiting, and when the art has to move beyond conversations to action scenes requiring greater drawing ability the differences can be seen. However, Land steps well beyond the line separating outright sleaze from the acceptable glamour supplied so well by Terry Dodson on many other pages. Emma Frost has always been objectified and controversial, but Land seizes on her as the starting point, and there’s barely a woman hero or villain who’s not drawn in skimpies and posing and pouting as if a porn star enticing people into a pay site.

The one inclusion not found in earlier paperbacks Manifest Destiny, Lovelorn and Sisterhood is ‘Migas’. It’s rather pretentious in forcing a connection between cloning and copies of art, and Jamie McKelvie’s art would improve greatly from this early outing, but it does provide a starring role for Nightcrawler, whose presence in other stories is minimal.

With such a large cast it’s inevitable that some characters are shifted into the background, and some like Iceman and Storm are seen here in passing, but their stronger presence was in another X-Men team published simultaneously. Fraction definitely likes the strange relationship between Emma Frost and Scott Summers, and they feature heavily, but otherwise his process seems to be starring Colossus heavily over the opening arc, but then dropping him back while someone else steps into the spotlight.

This is a selection of readable stories occasionally rising above that benchmark, but the big drawback is Land’s art. There’s slightly less of it Vol. 2. 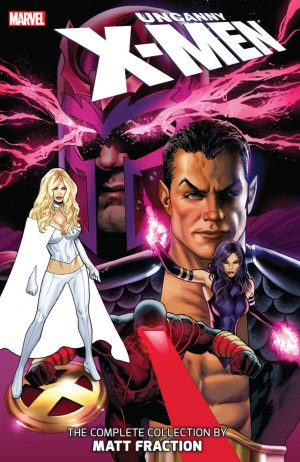 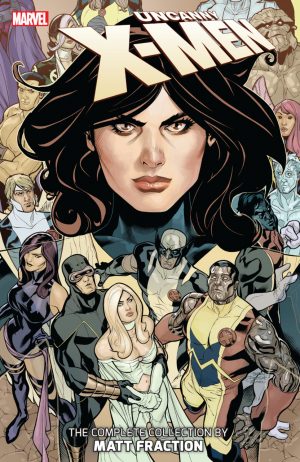